The Nemesis System is now available in Skyrim, should you wish to level up your wrath.
Leah J. Williams 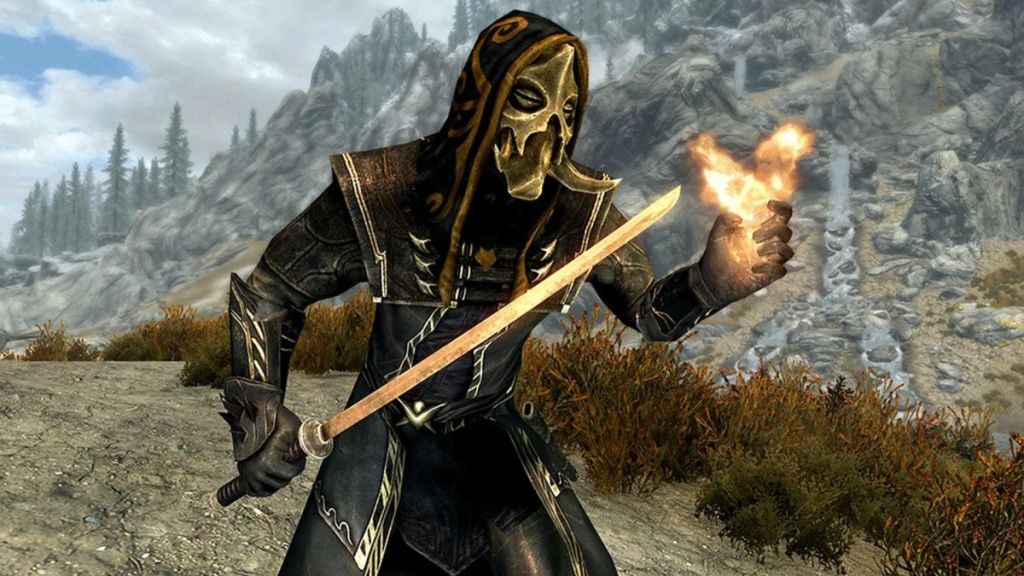 When Monolith introduced the world to the Nemesis System in Middle-earth: Shadow of Mordor, it revolutionised the way developers think about enemies. With this system defining unique rivalries, traits, and desires, it meant villains were no longer faceless. Instead, they could have their own ambitions for power, and resurrect themselves with a renewed taste for blood. Now, that iconic system is coming to Skyrim, thanks to the work of one clever modder.

‘Shadow of Skyrim‘, which is freely available on Nexus Mods, is a new mod developed by Syclonix in ode to Monolith’s iconic Mordor franchise. While it’s not an exact replica – there’s no dialogue involved, and only five nemeses can be chosen at once – it’s a great homage, and puts a clever spin on enemy battles.

When the Shadow of Skyrim mod is activated, players will be sent on a unique quest to unlock the ‘Nemesis’ curse. From then on, every time they’re killed in battle, a brand new enemy will rise. These nemeses steal the player’s weapons, and must be hunted down on the battlefield. They can become ultra powerful, and will usually steal weapons to prevent players from advancing in the game.

Kill these special villains, and they’ll eventually come back stronger and more aggressive, spicing up gameplay in terrifying new ways. The in-built cap doesn’t let enemies advance past level 25 – but this should still present a challenge for most players.

Your new Skyrim nemesis might turn out to be a semi-harmless mudcrab, or a roaring dragon – whatever kills you first ends up on your list. Once the ‘curse’ is activated, these enemies are given a special name, and buffs that determine their combat specialties.

If you’re still playing Skyrim, or if you want an added challenge for a brand new playthrough, check out Shadow of Skyrim on Nexus Mods.