Sacred Pools was cancelled in development due to poor reception. Decades later, it's now been rediscovered.
Leah J. Williams 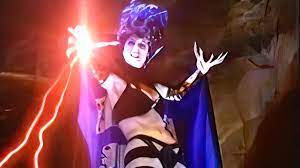 During the glory days of the Full-motion Video (FMV) game, Sega chose to hop onto the bandwagon with a wild, adult-oriented adventure about an explorer stumbling into a strange world filled with scantily-clad women.

‘If you crave mystery, power, and seduction, step into the world of Sacred Pools,’ the original press release read. ‘The once secure, safe, and beautiful island of Amazonia is now a land of temptation and danger.’

The title was previously known about, as it was shown to the public while in development, but no hard evidence of it remained. There were no photos or files left online, and the only surviving artefacts were marketing materials and magazine blurbs.

The game itself was reportedly binned before release due to poor reception, meaning the full build was put away and seemingly lost forever. But thanks to some excellent digging from the historians at games preservation website Gaming Alexandria, the full ROM of The Sacred Pools is now available to download and play for everyone.

Video snippets have also been posted online, showing off some of the game’s many puzzles:

According to Gaming Alexandria, the unique copy of the game was discovered in May 2022, when a tip-off revealed David Gray, an associate producer on the game, still owned a disc copy. This was reportedly a gift for Gray’s last day at developer SegaSoft, and had been well-kept over the last two decades.

Gray agreed to hand over the discs to be ripped and preserved online, for future generations. While the game never launched – and snippets reveal a very naff and cliche adventure – it’s an important artefact that represents an experimental period in Sega’s history. It’s not just a game about women in bikinis delivering monologues about ancient magics, it also reveals more about the common tropes, values and technologies of the 1990s.

Despite its content, it’s well worth preserving – and we congratulate Gaming Alexandria on this achievement. After much pushing and prodding, we now know more about the work of SegaSoft, and about the gaming trends of the Sacred Pools era.

To find out more about The Sacred Pools and the work of SegaSoft, check out the full Gaming Alexandria development report on this strange, cancelled game.