Rainbow Six Extraction is getting a new game mode which allows you to forget about stealth and focus on shooting a ton of aliens.
Edmond Tran 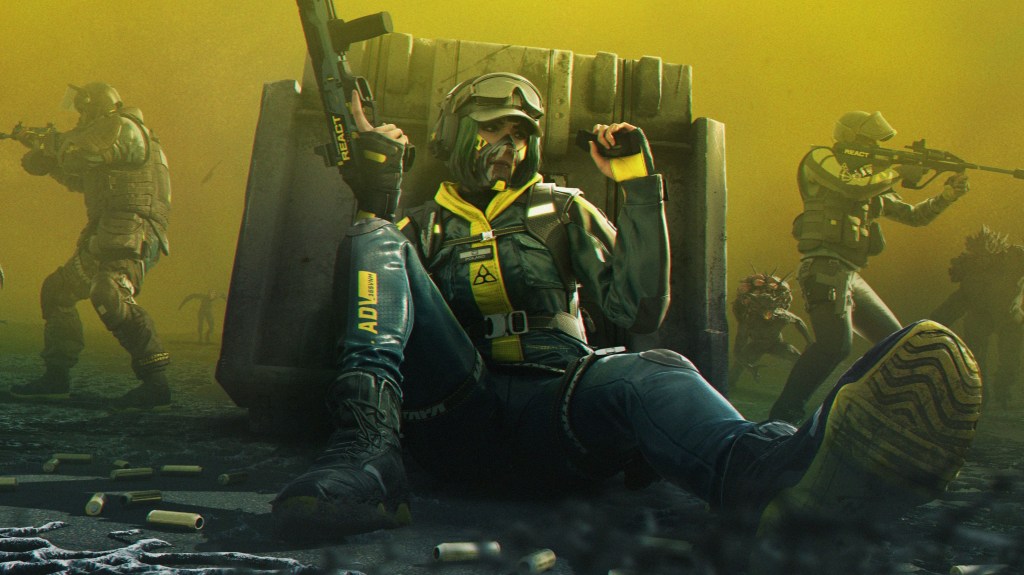 In my review of Rainbow Six Extraction, the co-op tactical game that pits counter-terrorist operators against parasitic aliens, I talked about how it was primarily a stealth game. It’s an aspect of the game’s design that can be ruinous, depending on the people you’re playing with, and also something that can get incredibly draining when you’re doing multiple missions back-to-back. Now, Ubisoft is attempting to mix things up and add another dimension to Extraction with a limited-time mode called Spillover.

Spillover takes Extraction down a common route found in cooperative player-versus-environment (PvE) games, and puts the focus squarely on defence-focussed gameplay. Do you like to hunker down and shoot countless enemies as they converge on your location? Then Spillover will be your jam.

Taking place on the submap areas already present in the game, Spillover places 9 different defence points randomly across them, and tasks you with activating a MacGuffin canister at each, then defending it for 90 seconds against waves of Archean aliens. The makeup of these waves can vary at each node, and feature invisible enemies, tougher elite enemies, or ones that have blinding spores attached to them.

There’s a risk/reward objective in Spillover, much like the primary game mode. Spillover allows you 25 minutes to attempt 9 objectives, with a limited quantity of health and ammunition refills to be rationed out over the entire session. The enemy waves that accompany each node also get more difficult after completing two objectives, and then again after three objectives.

So while Spillover definitely allows for a more gung-ho attitude than Extraction‘s main gameplay, a high degree of coordination is necessary to reach the final few stages efficiently, and in a fit state. Strategies like activating multiple locations at once are viable, but difficult.

In the preview session, we had a pretty good time with Spillover, if only because the mode was more conducive to using the operators, weapons, and gear loadouts we wouldn’t usually consider as must-picks for Extraction. Given that stealth isn’t a necessary factor, prioritising Rainbow Six operators that specialise in heavy weaponry and survival makes a lot of sense – Tachanka and his unique ability to set up a gun turret was a must-have for every encounter.

In a similar fashion, claymore mines were an absolutely essential item for the squad, allowing us to thin out the waves of enemies before they managed to reach their objective. When our team realised we could take all the silencers off our guns in favour of other attachments, it felt like a revelation – we had never heard the proper gunshot sounds in Extraction before.

A new piece of gear is also being introduced for Spillover – an automatic turret which is incredibly useful for depending a point. However, unlocking it for use in either Extraction game mode requires 500 kills in the Spillover event.

While the introduction of Spillover doesn’t change the desire for some kind of meta strategy layer to Rainbow Six Extraction, it’s nice to see a game type that lets you take a breather from the high-stakes, make-no-mistakes attitude you need to take into the main game.