A fully-furnished, modern day room has been found in the data of Pokemon Legends: Arceus.
Leah J. Williams 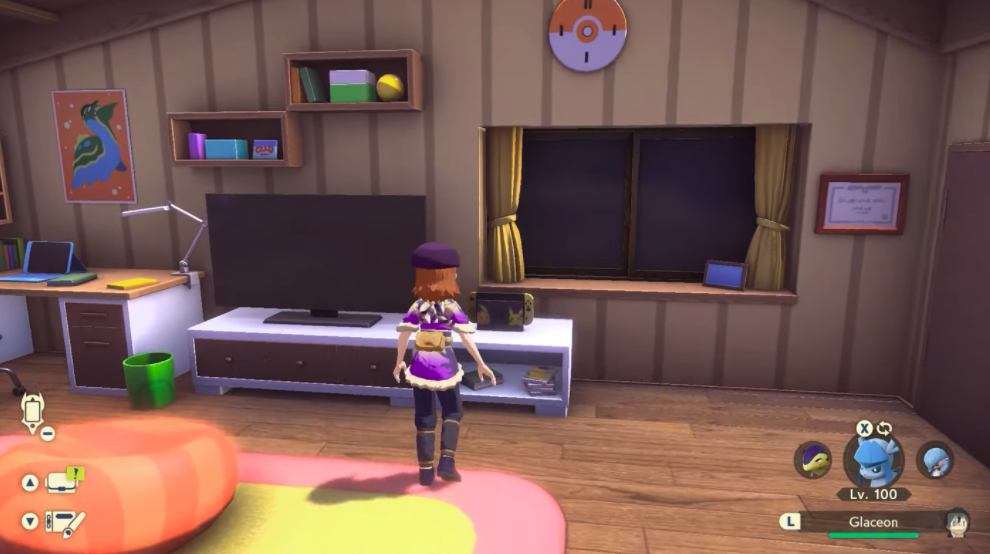 Data miners have discovered a strange, hidden room in the code of Pokemon Legends: Arceus that indicates cut content for the game – or a future DLC chapter. Currently, the purpose of the room is unknown, but as hacker DeepGameResearch discovered, it’s fully modelled, and could actually be implemented into the game at some point.

In a YouTube video by Faz Faz, you can see the entire room in a playable state. While most items don’t have collision data and can be walked through, the actual room is fairly functional and detailed. On one wall, there’s a poster of Gastrodon and a wall clock, as well as various shelves filled with knickknacks.

Curiously, there’s also a Nintendo Switch which appears to feature the same complex Joy-Con functionality found in Pokemon Sword and Shield. The version in the YouTube video resembles a special edition Pikachu Nintendo Switch – which is likely the version of the console the hacker used. In Sword and Shield, the protagonist’s console changed colour, based on which Joy-Cons were being used in real life.

Current fan speculation about the room points to a DLC chapter or unknown content that takes place in the ‘modern day’, but it’s unclear how this room fits into the overall game.

In the early moments of Pokemon Legends: Arceus, players are transported from the future into the distant past, with only a held phone and modern clothing indicating the time period they come from.

This entire sequence takes place in a black void – and the protagonist’s bedroom never appears – but it could be that the game was originally set to open like any traditional Pokemon title.

Typically, Pokemon games begin with the protagonist in an identical room, beginning their day by getting organised and bidding a parent farewell. It could be that this segment was cut from the beginning of Arceus in favour of the game’s more mysterious opening, but this is unconfirmed.

Regardless, it’s fascinating to see.

Pokemon games rarely contain easily accessible cut content, and rooms like this aren’t usually so complete. While the discovery may come to nothing, it’s a great look into a previously unseen part of the game. So far, Nintendo have not announced official plans for DLC, so we’ll have to wait and see if this hidden room comes into play later in the game’s life cycle.