The pirate version of Please Fix The Road will include the entire game, without any updates or extra content.
Leah J. Williams 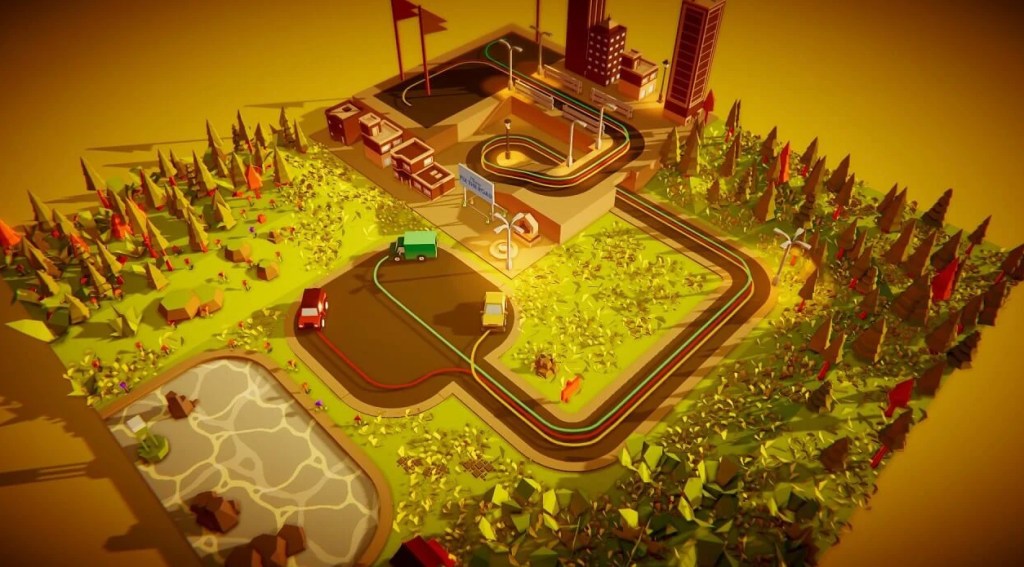 Marketing an indie game is a tough nut to crack, thanks to fierce competition and the slim breadth of mainstream game journalism. Solo developer Ariel Jurkowski clearly knows this, and has come up with a rather novel way of promoting their next game: making it free on torrent websites, for anyone with thieving on the brain.

Please Fix The Road, an upcoming cozy sim where players solve road-based puzzles, will launch for Steam and GOG in June 2022. Those who aren’t strictly looking to purchase the game will also be able to grab the ‘pirate’ release on torrents for free – with some caveats to quality and game features.

The pirate version of Please Fix The Road will reportedly have every launch level included in the game – but will not receive content updates due to the nature of torrents. In addition, there is ‘an extra pirate themed song at the start, [an] altered intro sequence, a pirate face instead of the cogwheel options icon and a request in the options menu to buy the game.’

In response to fan concern about this pirate release, Jurkowski quoted a popular and catchy pirate-themed meme: ‘Just to be clear: it’s still “unlicensed” and I prefer people to buy the game, but do what you want, cause a pirate is free!‘

The game itself looks lovely – and should scratch the itch of any puzzle fiend – but it’s the marketing here that stands out. Video games have a long-standing piracy problem that impacts the bottom line of developers, most notably indie developers, who spend months and years on titles only to be denied compensation by those who choose to pirate.

While there are many reasons people pirate, from being unable to afford games, to not being able to access content in select regions, this act still causes harm, regardless of intention.

By getting out ahead of the pirates and making clear that an official torrent version will exist, Jurkowski is likely hoping to ‘own’ the game’s narrative and encourage people to purchase the full release. As an added benefit, it’s a notable stunt that will likely get the game more of the attention it deserves.

Please Fix The Road is set to launch on Steam, GOG and on torrenting websites in June 2022. If you’re keen to purchase it the legal way, you can wishlist it here.