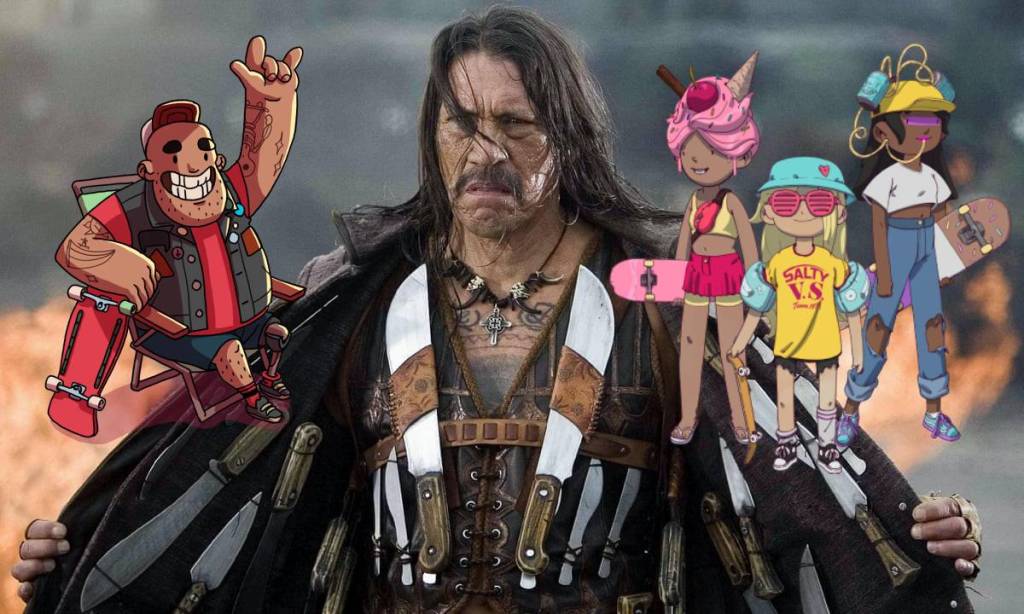 Iconic actor Danny Trejo is well-known for playing gritty, hardboiled characters like Machete, the knife-wielding warrior, or vampire Razor Charlie in From Dusk Till Dawn. He also stars in the excellent Nicolas Cage vehicle Con Air, where he plays an unredeemable criminal. His latest role is a bit more wholesome: he’ll be appearing in skateboarding simulator OlliOlli World as a guest skater.

Trejo will host one of the game’s big side quests, and players will be able to meet and interact with his avatar as they roll through their skating adventures. He’s represented by a little guy with a handlebar moustache, tank top and cross necklace, and can only be found by running through the game’s many colourful courses.

Finding him and completing his quest will unlock a special, currently unspecified cosmetic item that pays homage to the actor.

Read: OlliOlli World made me forget the world is awful right now

Trejo has been on a roll with video game appearences lately – he recently appeared as a guest character in wild Far Cry 6 DLC, Danny and Dani vs. Everybody, which sends players on a story mission with the actor in tow. Going back even further, you can note Trejo appearances in games like Grand Theft Auto: Vice City, Fallout: New Vegas and Call of Duty: Black Ops.

It seems Trejo loves a cheeky guest appearance – and OlliOlli World is just the latest game to receive a dose of the his charm. He’s a very welcome addition to the game, which really is a beautiful, relaxing journey.

If you’re looking for a game to unwind with, or just something to help you forget the current state of the world, OlliOlli World comes highly recommended. With Danny Trejo now joining the cast, there’s even more reason to jump into this high octane, low stress romp.