Daybreak Studios will no longer be working on the Marvel MMO announced in November 2021.
Leah J. Williams 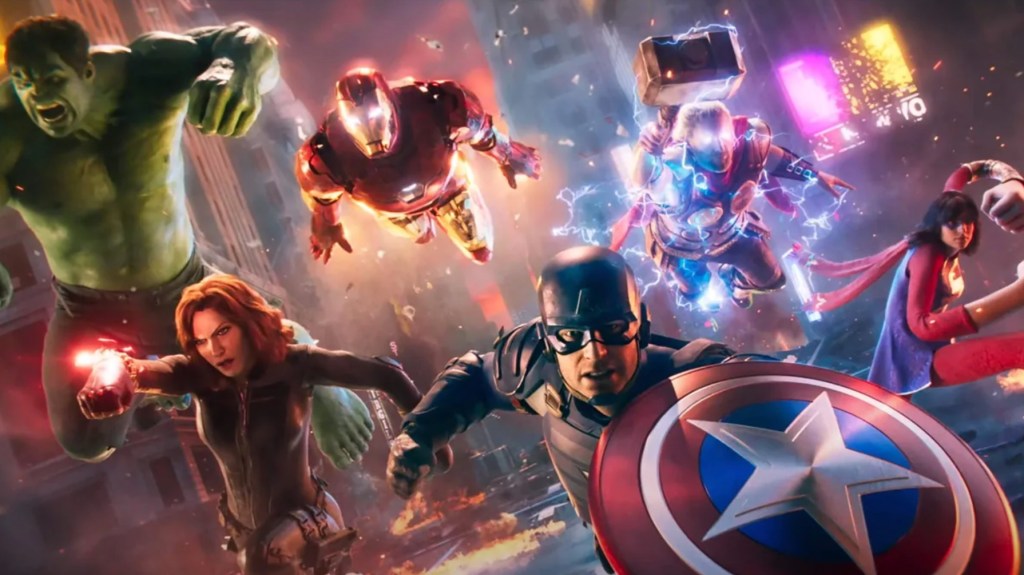 A Marvel MMO that was announced to be in development at Daybreak Studios in November 2021 has now officially been cancelled – for what appears to be the second time. The MMO project was originally spotted in the infamous Nvidia GeForce Now leak in September, but had allegedly also been spotted in 2019. Concept art and images appeared in its initial leak, but the game was assumed to be officially cancelled when word of its existence got around.

Reports indicated the game had been in development around 2017-2018, with rumours on Reddit pointing towards cash flow challenges and ‘top-down issues’ as being reasons for the game’s initial cancellation.

During a November 2021 investor presentation from Enad Global 7, parent company of Daybreak Studios and Dimensional Ink (known for DC Universe Online and City of Heroes), the Marvel MMO was officially announced for the first time.

According to this presentation, a ‘new MMO utilising Marvel IP’ was in the works just six months ago – although no firmer details were presented.

Now, Enad Global 7 has announced the project has been cancelled. In a blog post detailing upcoming changes at the studio, EG7 claimed the Marvel project had been cancelled due to a ‘re-evaluation of development risk profile, size of investment, and long term product portfolio strategy for the group’.

SEK 500 million (AU $71 million) was planned to be invested in the project, but will now be re-distributed throughout the studio, with funds going towards ‘multiple, smaller size projects’ going forward – including new content and upgrades to The Lord of the Rings Online and DC Universe Online, which continue to grow despite their age.

It appears the company has elected not to go forward with the planned Marvel MMO due to the high cost of investment and maintenance, and a lack of faith that the project will become profitable in future.

Given just six months have passed since the initial game announcement was made, it’s unlikely this decision will impact the operations of EG7 heavily – although the company did note a write down of around SEK 230 million (AU $32.9 million) in the Q2 2022 period as a result.

At this stage, it’s still unclear what the Marvel MMO in the works at Daybreak actually was, and whether it was the planned continuation of the allegedly shuttered 2017-2018 project.

Given the leaked concept art from the earlier project contained a modern design for the Red Skull that seemed to be based on his film appearance, we can assume it would have skewed closely to the modern Marvel Cinematic Universe (MCU) interpretation of Marvel Comics lore – but whatever the case, it’s unlikely we’ll see more of the project in future.

It’s rare that a game is cancelled for a second time, but this appears to be the case with the unfortunate Marvel Daybreak project. With this MMO now cancelled, the team will instead focus its resources on the future of its existing MMO portfolio.