Let’s Build A Zoo is getting Dinosaur Island DLC

Let's Build a Zoo is entering the Jurassic period as it introduces dinosaurs to the zoological mix.
Leah J. Williams 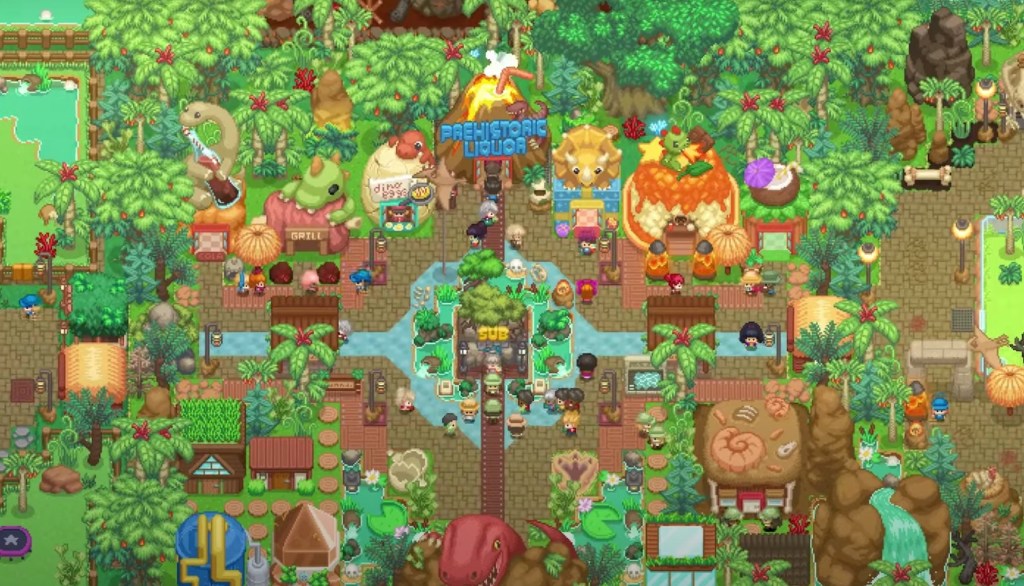 Let’s Build A Zoo, one of the most underrated games of 2021, is getting brand new dinosaur-themed DLC that will allow players to live out their Jurassic Park dreams. Dinosaur Island, set to land on 23 May, introduces a number of new elements to the title’s excellent theme park simulator gameplay – including new creatures, enclosures, decorations, stalls and plot lines.

It appears there’ll be 50 new creatures in total when the DLC launches, spicing up the DNA mix in the game, and allowing for a whole range of new hybrid creatures, like the QuetzalDragon (snake and quetzalcoatlus) and Deerproto (deer and protoceratops). The announcement trailer also showed off pterodactyls, brachiosaurus, tyrannosaurus, and a number of other creatures that can be hybridised.

In addition to these new zoo friends, it appears Dinosaur Island will introduce a fresh campaign for the game, with new jobs and events to guide your park-building decisions. Archaeology will be an important part of this pack, as new fossils and artefacts appear to be required to synthesise dinosaurs for a thriving park.

To make your new mates feel more at home, you’ll also be able to decorate your zoo with a number of new unlockable cosmetics including replica volcanos, lava pits, lava lamps, steel walkways, ancient ferns, cactuses and other cute accessories.

You’ll also be able to bring the entire look together with new dinosaur-themed stalls including Prehistoric Liquor, Dino Eggs, a dino-grill, and a number of other stores.

You can check out the shiny new trailer for the DLC pack below:

Dinosaur Island looks like a real treat, and should be perfect for fans of dinosaurs – or anyone looking to pursue new avenues in the game. As development on the title continues, we can expect to see more updates as gameplay is tweaked and fresh content is added.

Let’s Build A Zoo: Dinosaur Island is set to launch on 23 May 2022 via Steam on PC. There are plans to launch the game on other consoles sometime in 2022, although an exact release date is yet to be confirmed.