Kingdom Hearts lore is being debated onscreen, for all the wrestling world to see.
Leah J. Williams 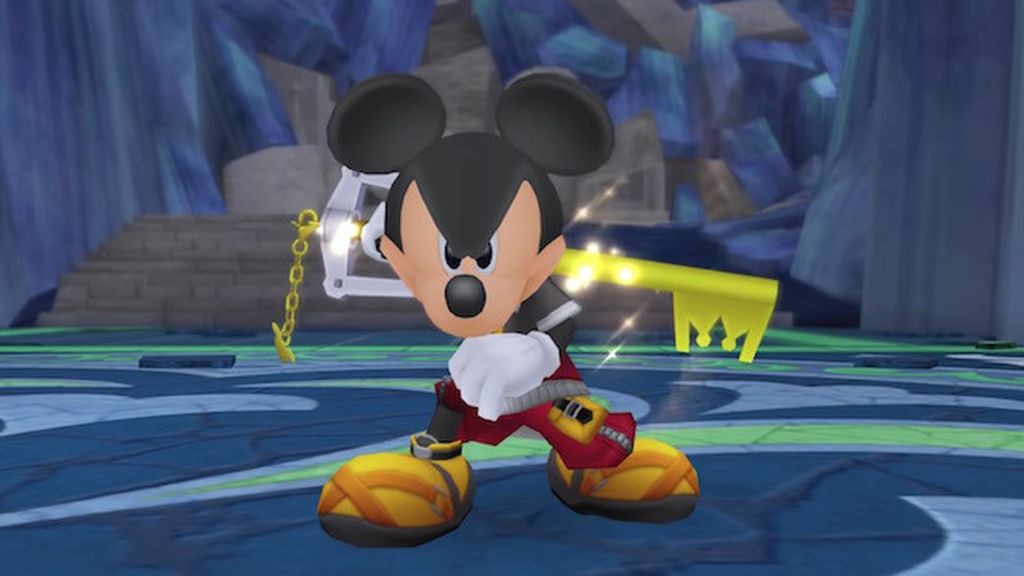 Kingdom Hearts can be a confusing franchise, with multiple spin-offs, sequels, prequels and mobile titles that muddy the story and provide layers of context that are largely unnecessary to the wider plot. Even fans who love Kingdom Hearts often find it difficult to parse the lore, and the debate around whether the games are simply too confusing rages in chat forums, online – and now, on live professional wrestling TV shows.

As spotted by Botchamania creator Maffew Gregg, fans at live shows for AEW and WWE appear to be holding an entire conversation around Kingdom Hearts lore through the unlikely medium of live TV and fan posters. This continues a great tradition of wrestling fans bringing video game-related hot takes to shows, with a brand new twist.

On the AEW Rampage show dated 16 April 2022, a fan wearing a Bullet Club t-shirt made the bold statement: ‘Kingdom Hearts is not that complicated,’ sparking a war amongst fans of video games and wrestling. It’s the opinion of this writer that the sign holder is not wrong.

While Kingdom Hearts lore can be complicated, all players really need to know is that when a character’s heart gives into darkness, they split off into three aspects: their original self, their Nobody, and their Heartless.

It appears someone who bought tickets to WWE’s Hell in a Cell PPV felt differently to the original sign creator, because they chose to bring a rather angry response to the live show a few months after the ‘not that complicated’ statement was made.

‘Explain 358/2 Days Then,’ the sign reads – in reference to Kingdom Hearts: 358/2 Days, the Nintendo DS prequel that explained the story of Sora’s Nobody, named Roxas. It appears this sign creator held onto their confusion for two long months before they debuted their sign at the WWE PPV, essentially bringing the lore conversation back to the forefront.

There’s no doubt there’ll be an answering sign at a future AEW or WWE wrestling show, but until then, the sign poster deserves answers.

358/2 Days operates as a prequel to the events of Kingdom Hearts 2, and explains exactly who Roxas is, and the tragedy of his existence in Organization XIII. To break the game’s story down into the simplest terms: Roxas was created when Sora briefly gave his heart to save his love interest, Kairi, in the original Kingdom Hearts.

As a purposeless Nobody, Roxas was recruited by Organization XIII, who recognised his potential and power as a Keyblader wielder (the Keyblade is a god-like weapon only wielded by special bearers). While with the Organization, Roxas befriended Axel (the Nobody of hero Lea) and Xion (an imperfect replica of Sora created to manipulate the Keyblade’s power).

Roxas eventually discovered the manipulation of Organization XIII, and their efforts to control Xion and the Keyblade, and left – only to be captured by Riku and DiZ, who wiped his memories to eventually merge him back with Sora. This then leads into the events of Kingdom Hearts 2.

There’s hope that the confused wrestling fan will find their answers eventually – but then again, try fitting all of that onto a wrestling poster. Keep a keen eye on future WWE and AEW wrestling shows to see if this long-debated matter will finally be resolved.