Kermit the Frog is now playable in Marvel’s Spider-Man

Kermit the Frog is swinging and singing into Marvel's Spider-Man Remastered on PC.
Leah J. Williams 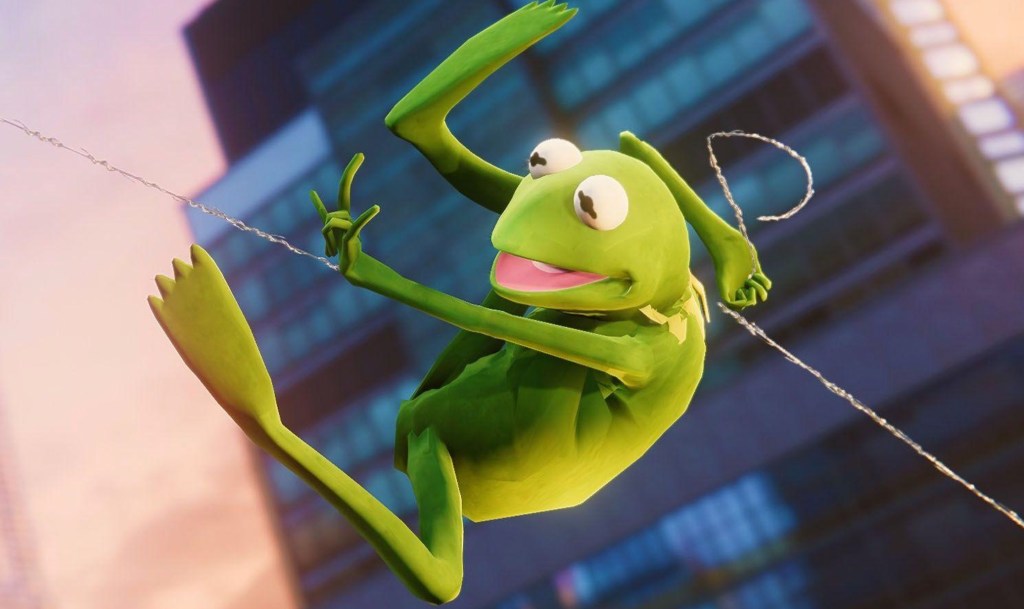 If you like corporate synergy, you’ll love the latest mod for Marvel’s Spider-Man Remastered on PC. Thanks to the work of wily modder TangoTeds, you can now swing through the streets of New York City as beloved Muppet and former Masked Singer performer, Kermit the Frog.

The mod went live on Nexus Mods with little aplomb over the weekend, but was quickly picked up by mainstream news websites, thanks to its absolutely stunning, flawless build. While this is certainly a joke mod – Kermit looks frankly ridiculous inserted into the life-like world of Marvel’s Spider-Man, the quality of the model and rigging work is phenomenal.

Kermit replaces Spider-Man completely, and functions as an alternative suit that can be taken on or off during gameplay. That feels rather appropriate for Kermit, given his nature as a Muppet. While his head is a bit larger than normal Spider-Man costumes – and that causes issues with menus and collision – the body is very well-mapped to Spider-Man’s movements.

Kermit has great physics while swinging, and looks like a real natural as he twirls.

You can see the mod in action below, courtesy of YouTuber SVO:

Sure, it’s a bit strange to see Kermit the Frog beating up goons, but it is a delight to watch him spin and swing through the city, just like Spider-Man.

Strangely enough, this crossover now feels weirdly possible in an official capacity. The rights to The Muppets franchise are currently held by Disney – as are the Marvel rights to Spider-Man. So sprinkle this franchise with a bit of that sparkly corporate synergy, and you’ve got the very real possibility of an official Muppets x Spider-Man crossover.

Until Disney makes this wild leap, we’ll always have TangoTed’s wonderful Spider-Man Remastered mod to enjoy. If you’re a PC user and you’ve got a hearty machine by your side, head on over to Nexus Mods to try this beauty for yourself.