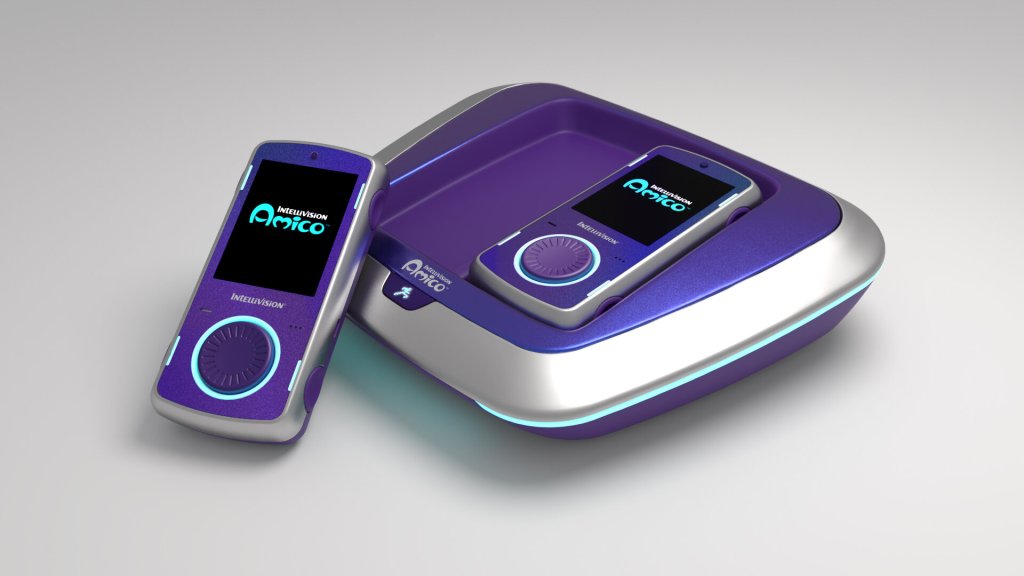 The Intellivision Amico was pitched as a family-friendly console designed for everyone. In concept renderings, it sported nifty features like controllers that fitted neatly into the console dock, software compatible with smartphones, and special games designed by a range of developers, including some who worked on the original Intellivision – a niche console launched in the 1980s. But despite the ambition of the console, it has been in troubling waters for quite some time.

Now, according to a patent filing spotted by VGC, the trademark for the Intellivision Amico is now abandoned, thanks to a failure to file the correct legal documents and a ‘Statement of Use’ with the United States Patent and Trademark Office (USPTO).

It appears that the trademark, which was accepted in September 2019, was not extended by Intellivision for reasons currently unclear. The company has reportedly filed four extension requests to submit a Statement of Use, but given delays to console production, it’s still unable to fill this out – and it appears no further extensions have been lodged.

There is still time for the company to file a revival order, but it’s not looking promising so far.

The Intellivision Amico was originally planned to launch in late 2020, but the coronavirus pandemic shifted production plans, with the console suffering a number of delays over the last two years. It appears Intellivision still plans to launch console, however, given it recently launched a number of collectible physical games for the console (alongside NFT versions of the games, for some reason).

For now, these games remain unplayable.

But the console’s troubles don’t end there. According to Kotaku, the public frontman of the project, Tommy Tallarico, has frequently been in hot water for calling critics ‘gaming racists’ and ‘mentally unstable’. GamesIndustry.biz has also reported on financial trouble with the company, which allegedly has US $3.1 million in outstanding debts.

Then there’s the fact that the company is apparently shedding staff in an effort to allay refund requests from unhappy preorder customers and Fig backers.

Coupled with the abandoned trademark for the console, these events don’t paint a pretty picture for the Intellivision Amico. Those who’ve backed the console should exercise caution at the very least, and stay tuned for the latest news. While the Amico was briefly seen as a promising new Android console, there are now plenty of red flags that suggest otherwise.