The tongue-in-cheek detective game that nailed the feeling of the late 90s internet is setting its sights on the 2000s.
Edmond Tran 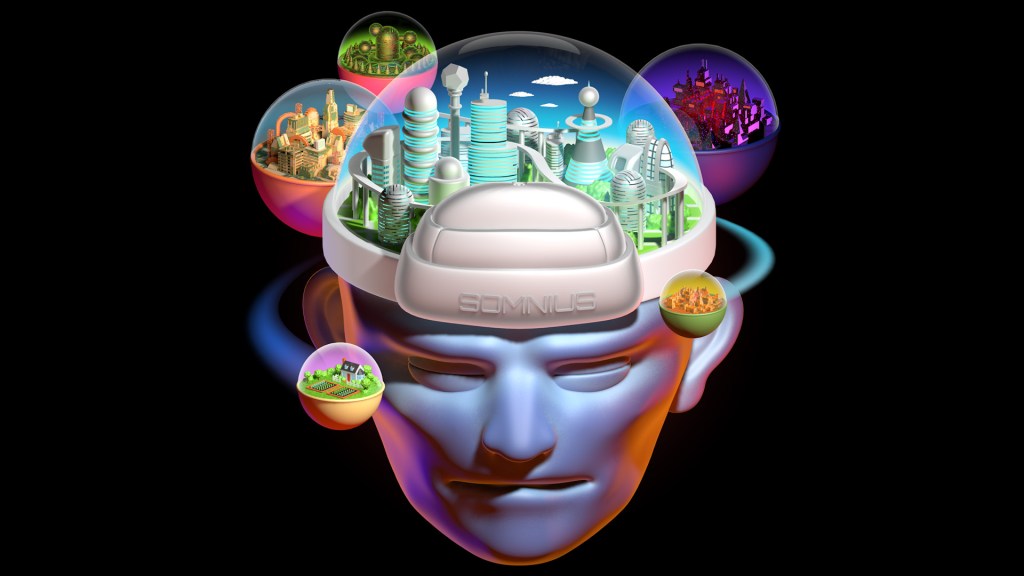 Hypnospace Outlaw, released in 2019, is an incredible game that hinges on perfectly capturing a snapshot of internet culture in the late 1990s. It’s a detective game where your job is to navigate a fictional 90s retro-futuristic web that is accessed through sleep – a Geocities-inspired hellhole or haven of cringe, depending on where you find yourself, filled with big personalities with big passions for their hobbies, that they just have to share online. Developer Tendershoot has now announced an amazing-looking sequel: Dreamsettler.

Taking place in a similarly retro-futuristic internet – now based on the far more advanced era of 2003, Dreamsettler will once again place you as a private eye taking on cases and solving them by navigating an evocative, ever-moving world.

In a brief (and amusing) presentation, developer Jay Tholen revealed a couple of stunning new tools that will resonate with anyone who spent far too much time on the internet in the early 2000’s: a Winamp-style media player that will let you play MP3s and put together your own playlists, with a hint that the game will also explore the filesharing culture of the time – Napster, Kazaa, etc.

It looks like a big part of your job will be contacting people using an email system, sending and receiving attachments, and dealing with all the trouble that might cause.

Read: Flashback: The rise and fall of Adobe Flash Player, and its legacy of online games

The press release reads: ‘You’ll spend much of Dreamsettler simply browsing the weird and wonderful net, receiving emails from users who need your aid, and downloading apps, games, videos, images and music that should raise your profile, and make you one of the best detectives on Sleepnet.’

‘But soon you’ll be unravelling conspiracy theories and dabbling with a strange and endearing cast of characters, as your role in this online plot gets deeper and deeper, eventually determining the very future of sleeptime computing.’

Dreamsettler wasn’t the only Hypnospace Outlaw-related announced, however. Slayers X: Terminal Aftermath: Vengance of the Slayer (sic) was also revealed as an homage to 90s first-person shooters.

It’s framed as being developed by Hypnospace Outlaw character Zane Lofton, who was an edgy, metal-loving teenager known by his online alias ZANE_ROCKS_14. The description of the game is a treat:

‘So…. got what it takes to be a X Slayer?!?… 7 weapons, blood and gore, twisted music by Seepage & Psyko Syndikate, and maps where you can blow up everything. its awesome. started making it in 1998 in high school with my friend and now im 37, so i have life experience now.’

Both games look very intriguing, and will likely rock a heavy dose of cringe nostalgia for millennials shaped by the internet. Neither Dreamsettler or Slayers X have a release date yet, but you can wishlist them on Steam.