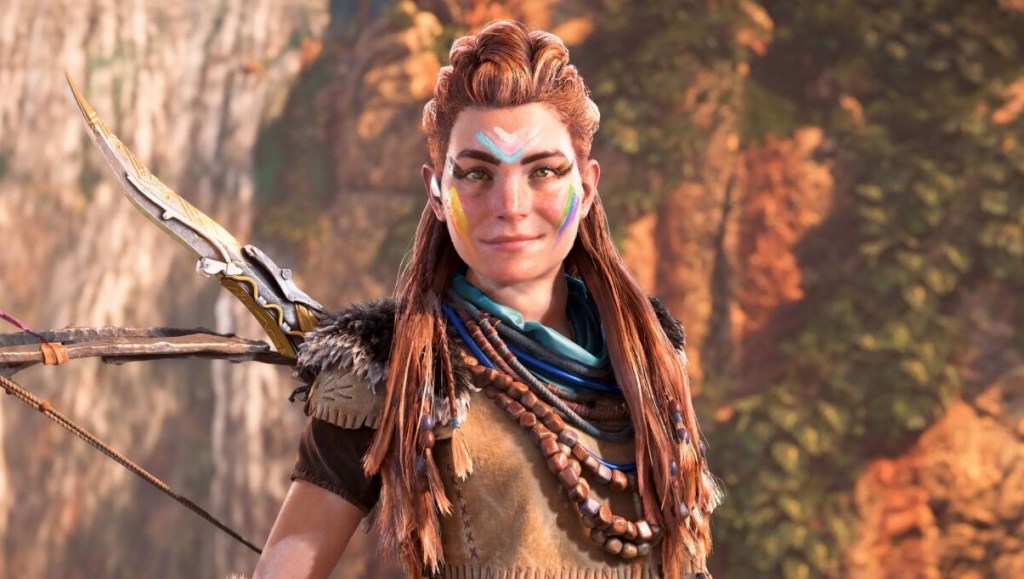 The latest update for Guerrilla Games’ epic adventure Horizon Forbidden West has introduced several improvements across the board, with new fixes for quest bugs, nerfs for the over-powered Toughened Valor Surge ability, and a new pride-inspired face paint for players to unlock.

After installing Patch 1.18, which addresses many player complaints about audio, visual, and gameplay issues, you’ll be able to head to any of the Face Painters in the game – there’s some located in Scalding Spear, the Bulwark, and Thornmash – to purchase the new Mark of Pride face paint set.

In addition to the new pride face paint, a range of other updates are coming to the game. As mentioned, Toughened Valor Surge will now be less resistant to melee damage. Enemies like the Dreadwing are also now more intelligent, and will choose to attack in forested areas. In addition, The Tremortusk and Thunderjaw have been tweaked slightly, with brand new animations.

As detailed on Reddit, a number of quest bugs have also now been addressed, with missions like ‘Faro’s Tomb’ and ‘The Embassy’ getting stability fixes. Sidequests including ‘The Roots that Bind’ and ‘Broken Locks’ have also now been refined with better icons and starting points.

If you’ve experienced difficulty with any of these quests in Horizon Forbidden West, expect your run to be much smoother after the latest patch. Once you hop in and complete these missions, head on down to your nearest Face Painter to purchase the game’s brand new pride skin.

Horizon Forbidden West Patch 1.18 is now available for everyone. Visit the game’s official Reddit page for a complete list of bug fixes and updates.