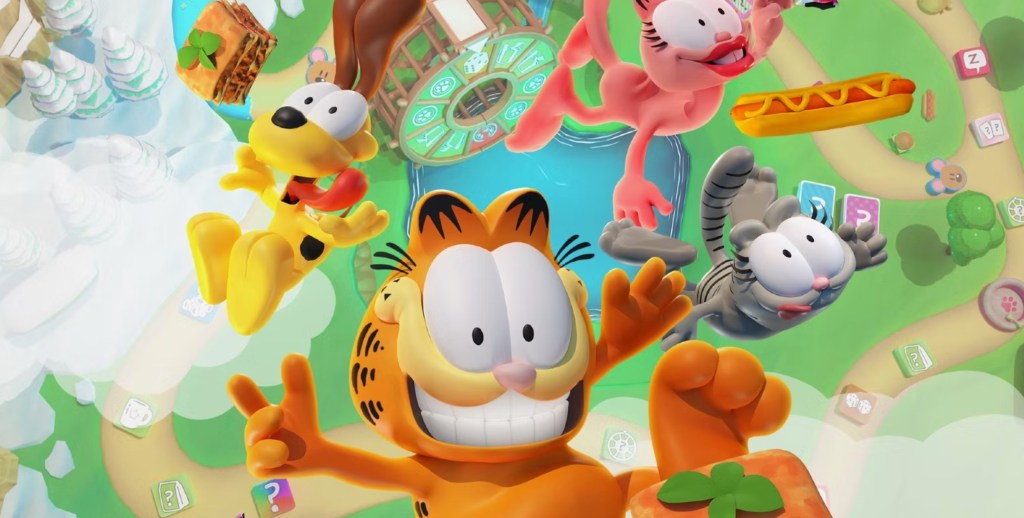 Garfield has become an unlikely icon of the millennial era. There’s something about the lazy, lasagna-eating cat that has endeared him to an entire generation, with his profile being buoyed by a variety of Garfield-adjacent memes online. It’s not clear if the character himself is particularly popular – or if his popularity has been birthed by a need to be ‘in’ on countless internet jokes. Whatever the case, it’s clear his memetic status has directly influenced the birth of Garfield Lasagna Party, a new food-themed party game coming to PC, PlayStation, Xbox and Nintendo Switch in November 2022.

In Garfield Lasagna Party, you play as one of four characters – Garfield, Odie, Arlene and Nermal – working your way through a number of ‘succulent’ party games.

‘Be ready to give your best to finish ahead: Win the most mini games, summon all your luck when throwing the dice and use special items to have your way at the best time! Whoever you side with, whether you love lasagna or not, Garfield Lasagna Party is THE game to enjoy a great appetising time with friends and family, in the company of your favourite characters!’

‘Favourite characters’ is doing a lot of heavy lifting in that description – but if there are dedicated Garfield fans out there, they’ll certainly like what’s on the menu.

The game will feature around 30 Garfield-themed mini-games in ‘famous Garfield locations’ like Jon’s house and Dr. Liz’s pet clinic, and up to four players can jump in locally. It will feature a ‘classic board game experience’ as in Mario Party, and also features a number of other challenge modes so you can stomp through each mini-game at your own pace.

Strangely, online multiplayer is not mentioned at all in the press release for the game – so hopefully you’ve got a household full of Garfield fanatics on hand.