A developer from Australia's 5 Lives Studios has gone above and beyond in office hijinks, building a custom Pokemon game for a lunchtime gag.
Edmond Tran 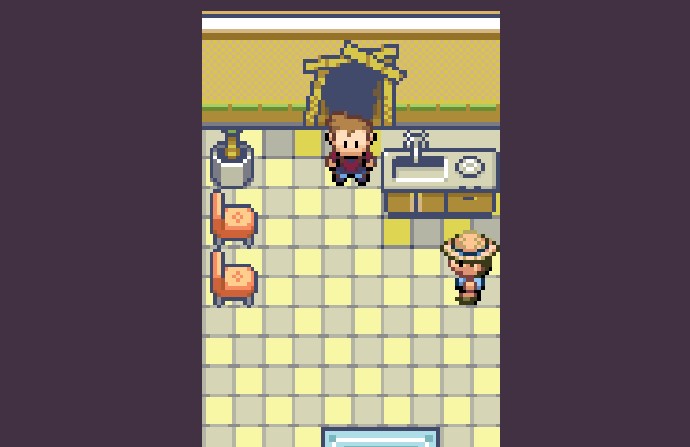 If you’ve ever worked in an office or collaborative environment, chances are you’ve been involved in some pretty silly things to keep the day-to-day interesting for you and your co-workers. But you probably haven’t built a custom Game Boy Advance-era Pokemon game, recreating your office and the people in it, just so you can tell someone your takeaway lunch order for the day.

That’s exactly what Kirk Winner did for his peers at 5 Lives Studios in Brisbane, Queensland. As shared by 5 Lives graphics programmer Chris Webb on Twitter, Kirk’s actions appear to be the latest in a long-standing Friday lunchtime tradition of what he calls ‘everyone orders Thai (food) in a really weird way’.

Webb shared a series of screenshots in a Twitter thread, which is just delightful.

If you ask us, this custom Pokemon romhack effort was 100% worth it for the single gag it was built for.

5 Lives Studios is the Queensland studio most recently known for creating the oceanic survival game Windbound. Previous to that, they were responsible for Satellite Reign, a spiritual successor to the beloved PC sci-fi real-time tactics series, Syndicate. The studio was formed by a number of industry veterans in the wake of the 2008 global financial crisis, which shuttered several major game developers in Australia.

The studio is currently working on an unannounced project.

In actual Pokemon game news, The Pokemon Company recently revealed several new details about the upcoming games in the mainline series, Pokemon Scarlet and Violet. It’ll be an open-world adventure set in a region inspired by Spain, the Legendary Pokemon can be ridden like motorcycles for some reason, and a new mechanic sees the adorable little monsters turn into crystal, in a move I can only assume is part of a Swarovski partnership.

Pokemon Scarlet and Violet will launch on 18 November 2022.