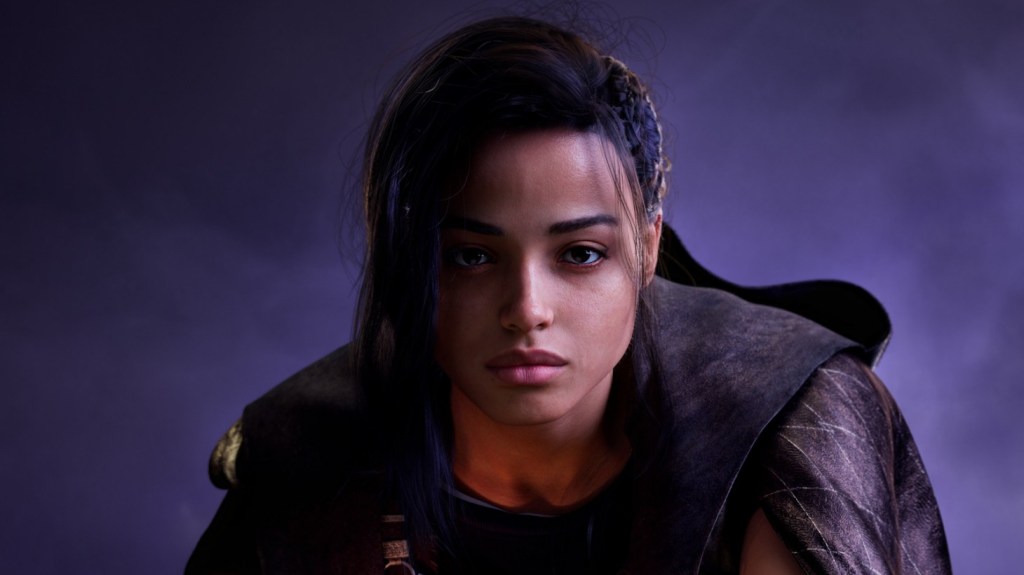 Forspoken, the new action-adventure game from Luminous Productions and Square Enix, has finally launched – to scattered applause. Early reviews for the title are currently largely sitting in the 5-7 score range, with commonalities between each player’s experiences. While many have praised the beautiful visuals of the game’s open world, and its unique approach to combat, others have questioned the game’s narrative beats and dialogue, as well as its loose-feeling movement.

Here’s a roundup of Forspoken‘s first major reviews, which should give you an idea of what expect before picking up the game.

Jordan Ramée, writing for GameSpot, called Forspoken largely forgettable, claiming it does little to make players care about its world or characters.

‘Though it takes inspiration from isekai – stories in which people from Earth are transported to and become trapped in a fantastical world – Forspoken ultimately doesn’t understand what makes that genre so popular,’ Ramée said. ‘Instead, it tells a largely forgettable story that sets up major stakes but fails to offer a compelling reason for why the player should care. Luminous Productions’ action-RPG feels great when it allows you to really stretch your legs and magically parkour across its fantasy landscape, but combat is clunky and regular exposition too often stalls the action.’

Ramée said it was a ‘tricky’ game to recommend, as he felt the fun of the game was severely lacking.

James Billcliffe, writing for VG247, claimed Forspoken is slow and awkward to begin with – and that it barely recovers by the end. Still, he believed there was something magical about Forspoken ‘somewhere’.

‘Forspoken shows the best and worst of the Luminous Engine’s tech, mixing kinetic combat with dazzling particle effects and janky setpieces,’ he wrote. ‘In the cut-throat race for your attention, Forspoken feels like a new IP that’s trying to run full pelt alongside heavy-hitting franchises from other big publishers. But it ploughs, shin-first, through every hurdle along the way. Its stuttering start belies a combat system that’s worth investing the effort to learn, but takes so long to get up to full speed that it’s already on borrowed time.’

Read: Everything we know about Forspoken

Billcliffe further called attention to a ‘lack of polish’ in the game, which led to annoying, repeating voice lines.

Tom Marks, writing for IGN, felt similarly – calling Forspoken a bland interpretation of the ‘isekai‘ genre that combines a lacklustre story with a lifeless open world. In contrast to other reviewers, Marks felt the combat was ‘energetic’ and ‘sleek’, somewhat buoying the story along.

‘Forspoken is a remarkably generic RPG – from its bland story to its lifeless open world. Thankfully its energetic combat and flashy parkour movement system do keep the relatively slim campaign decently entertaining throughout, but running through its boilerplate checklist of repetitive side tasks doesn’t hold much appeal beyond mindless trophy hunting after that,’ Marks wrote.

‘Forspoken is the sort of game you’ve probably seen before – from its stereotypical fish-out-of-water fantasy story to its giant open-world map full of repetitive optional tasks. Its combat is flashy and fun enough to entertain across its comparatively short RPG campaign, with fights that do a good job of pushing you to shake up your use of elemental powers even when the overall variety of enemies isn’t particularly impressive.’

Chris Moyse, writing for Destructoid, drew direct comparisons between Forspoken and Ubisoft games like Assassin’s Creed and Watch_Dogs, thanks to the game’s large, segmented open world, objectives to tick off, and side quests to journey through.

‘This design methodology in itself, hangs over Forspoken as something of an albatross, hampering its very potential by marrying it to an aging format. While Forspoken‘s world is undoubtedly fun to traverse, (thanks wholly to Frey’s magical parkour abilities), the “Riddler Trophy” approach feels out-of-step with the possibilities provided by the title’s story, characters, themes, and combat,’ Moyse said.

“To be clear, this isn’t to say that Forspoken’s open-world template is inherently bad. Anyone looking for an open-world checklist, packed out with boxes to tick and checklists to complete, is going to have a suitably great time with Forspoken. But the elements of Luminous’ title that do shine through are frustratingly juxtaposed with a model that feels anachronistic.”

Press Start Australia was slightly more positive in its assessment, with writer James Berich touting the game’s ‘unique and inspired combat systems’ alongside its ‘exceptionally well developed’ world and lore.

‘One of the most impressive aspects of Forspoken is that the world of Athia is exceptionally well developed. There’s a lot to take in here as someone who can appreciate a good amount of lore in games … Such a strong sense of worldbuilding establishes history for the world of Athia, so when the inevitable revelations come across in the story, the impact is more significant.

However, while Berich was fairly positive about the game’s worldbuilding, he also took issue with protagonist Frey Holland’s characterisation, and her place in the story.

‘The way [Frey] is characterised is so haphazard. There are times when she’s a sympathetic protagonist, especially in the opening hours, but others where she is genuinely mean to other characters for no reason and subsequently unlikeable. She eventually comes around as the story closes, but during battles, she’ll throw out Marvel-esque quips in a manner that I can only describe as cringe-worthy.’

Forspoken launches for PlayStation 5 and PC on 24 January 2023. Stay tuned for the official GamesHub review.