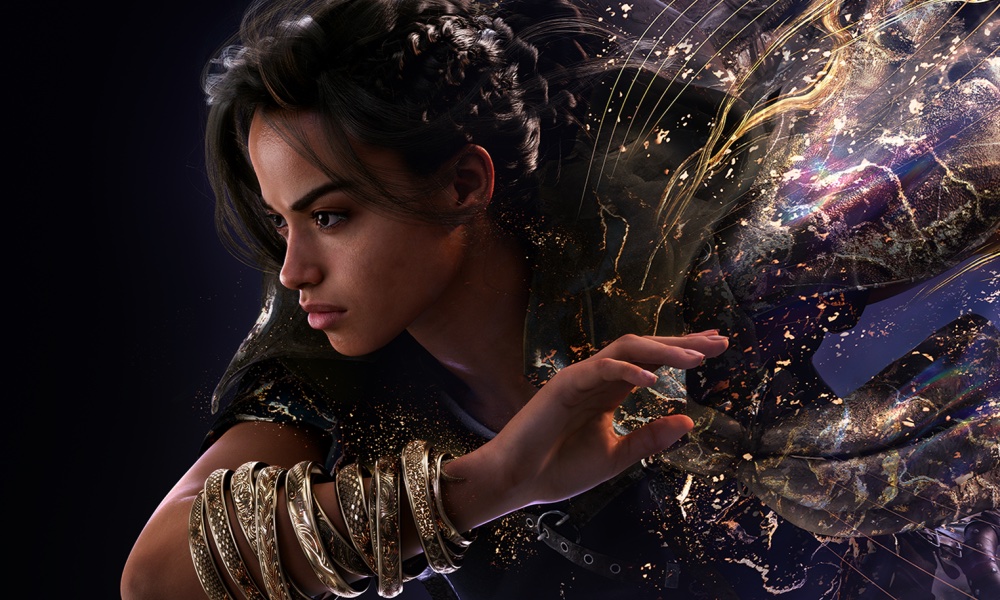 A brand new story and combat trailer for Forspoken has revealed more about the game’s sweeping, purple-hued world of Athia, the magical powers protagonist Frey will be able to conjure, and how exactly combat will work. For those who may have been turned off by the game’s recent ‘cringeworthy’ story trailer that featured naff dialogue and soundbites, this version is much more tantalising, and reveals plenty of the game’s dazzling action.

The action kicks off when Frey is magically transported to Athia, a vast open world filled with danger, alongside a magical, sentient bracelet. It isn’t long before Frey discovers her magic powers, and begins using them to fight back against the Tantas – the corrupted matriarchs of Athia.

Various locales are shown off in the new trailer, with Cipal being a stone city of some grandeur, Avoalet being a gorgeous, glowing ruin, and Praenost being a wild and terrifying land. The game’s world is filled with corrupted creatures that Frey needs to beat back with her wild magic – creatures and twisted humans alike.

In combat, she’ll be able to use explosive spells, as well as a magical whip and other tools. If you’d prefer to run from battle, you can also use flashy and stunning parkour skills to jump, slide and dash through the game’s world at speed. It appears Frey can use her magic for a sort of ‘surfing’ ability, which allows her to glide along the ground and pull off flashy tricks.

You can check out the new Forspoken trailer below:

While there are still some lines of dialogue that feel out of place in this sweeping, fantastical world, they feel far more organic in the action than they did in the earlier gameplay trailer. Frey’s bold announcements and inner dialogue are also likely written as a way to highlight how she fits into this ‘classic fantasy’ realm as an outsider.

There’s plenty of style to back up all that chatter, with an intriguing combat and traversal system that looks like it could be an absolute joy to play. You’ll be able to dive in with the action for yourself when Forspoken launches on PlayStation 5 and PC on 24 January 2023.