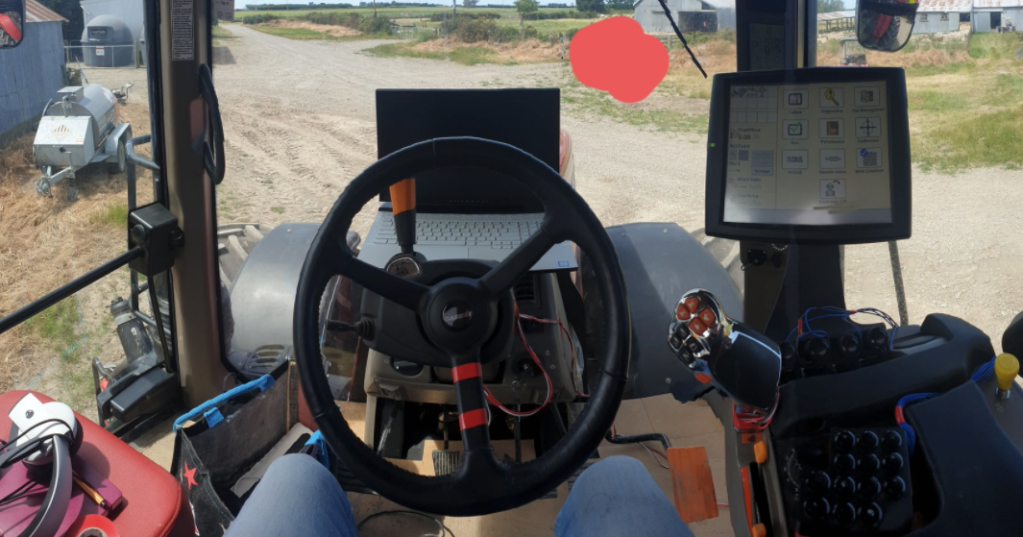 Christchurch-based creator Rudeism (AKA Dylan Beck) has made a name for himself over the last few years by creating increasingly strange video game controllers out of various items and bits of technology. This time around, he may have just outdone himself. To celebrate the launch of Farming Simulator 22, Beck has teamed with the game’s local distributor Five Star Games to create the controller to end all controllers: one built from an entire tractor.

The Case IH Magnum 310 tractor, which apparently weighs close to ten tonnes, has been rigged and wired up to play Farming Simulator 22, a game whose name explains it all. The exact nature of the wiring and how the controls work have been mapped are currently unclear, but the whole project looks like a blast regardless.

While you can play Farming Simulator 22 on PC and console, playing it on a tractor is much more authentic option, and true to the game’s goal of creating an authentic farming experience.

You can get a better glimpse of the tractor below:

This particular tractor is one of the newest models to be added to the game, joining a whopping roster of over real-life 400 machines you can simulate in the game.

‘Working on building a tractoller has been an absolute dream of mine ever since I turned my old Honda into a controller to play a racing game years ago,’ Beck said of the project. ‘My controller builds have been getting bigger and crazier over the years, and for increasingly intense games, so I’m thankful a relaxing game like Farming Simulator exists to help balance things out.’

According to a press release, Beck will be using the fully-functioning ‘tractoller’ on a working farm in Dalefield on New Zealand’s South Island, and attempting to stream the game to his 50,000 followers in December. Given the tractoller appears to be a fully functioning machine, it should be a very interesting, weird time indeed.

If you’re keen to catch up with Rudeism and see him attempt to farm in real life while he plays Farming Simulator 22, you can tune into the madness on his Twitch channel and stay tuned for updates on Twitter.