You could win a year's supply of jelly beans if you correctly guess the total amount in the Fall Guys container.
Leah J. Williams 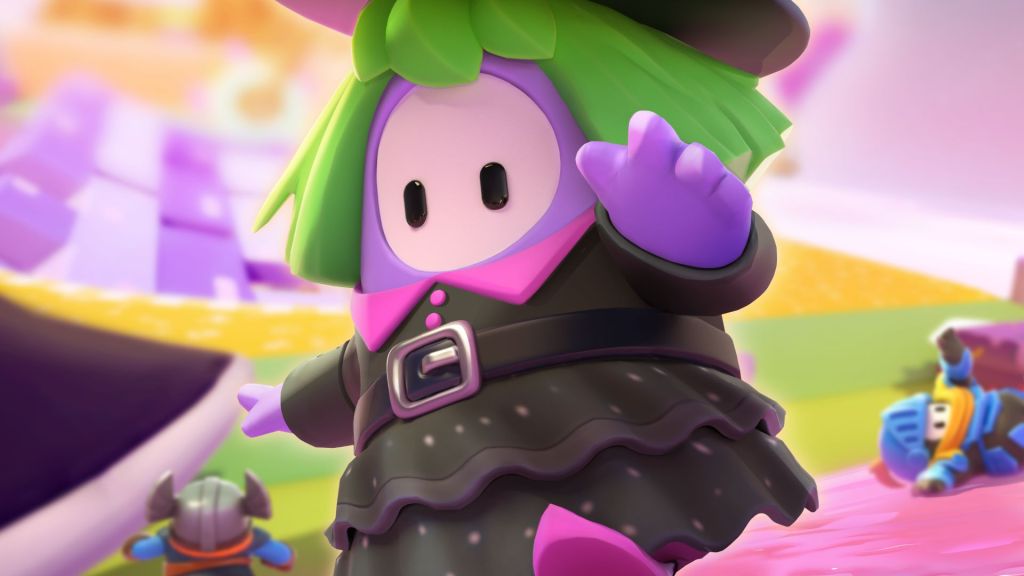 Fall Guys is throwing it back to school fetes with a cute jelly bean guessing competition taking place right in the heart of Melbourne this June. The event celebrates the launch of the rebooted ‘season one’ of Fall Guys, marking the beginning of the game’s life as a free-to-play title on all consoles.

The change will see the game incorporate new rounds and obstacles alongside a snazzy Season Pass that includes hundreds of costumes, emotes and celebrations. This pass is extremely optional, with the first ‘season one’ instalment being made available to all players who’ve already purchased Fall Guys prior to its free-to-play transition.

‘Everyone at Mediatonic is so excited to invite more players into the Blunderdome than ever before with Fall Guys going free and new platforms like Nintendo Switch, Xbox, and the Epic Games Store launching. We couldn’t have done this without the support of our incredible community and everything we’ve built together since 2020,’ Paul Croft, Vice President and Co-Founder of developer Mediatonic said in a press release.

‘The team has an amazing roadmap of new features and content lined up, and we can’t wait to share it with players new and old throughout this and future Fall Guys seasons.’

In addition to new content, the refreshed version of the game will include compatibility for crossplay and cross-progression across all platforms.

How to enter the Fall Guys jelly bean guessing competition

To enter the Fall Guys jelly bean guessing competition in Melbourne, Australia you’ll need to head down to Emporium Melbourne between 22-26 June 2022. At the Lonsdale Street entrance, you’ll find a jelly bean container housing a number of beans, and you’ll need to submit a guess with the on-site staff.

The prize for entering the competition is a whopper – a year’s supply of jelly beans, which amounts to around 150 kilograms of the sweets. By the end of that mountain, you’ll likely be sick of jelly beans, but you will have the glory of being crowned the winner of this unique competition.

Here’s how the prize tiers work out:

Winners for fourth place, fifth place, and runners up will also receive merchandise and other goodies.

‘Throwing over a tonne of jelly beans in a jar for Aussies to take guesses was the natural way to combine Australia’s love of guessing competitions with Fall Guys fans’ love for their bean-shaped avatars,’ Oliver Hindle, Community Lead at Mediatonic said in a press release.

Fans are encouraged to head down to Emporium Melbourne to celebrate the game’s new free-to-play launch, and throw their hat in the ring to win the epic mound of jelly beans waiting on Lonsdale Street.

Fall Guys is now available for free on PC and consoles.