Flying Wild Hog’s Evil West has been delayed to November 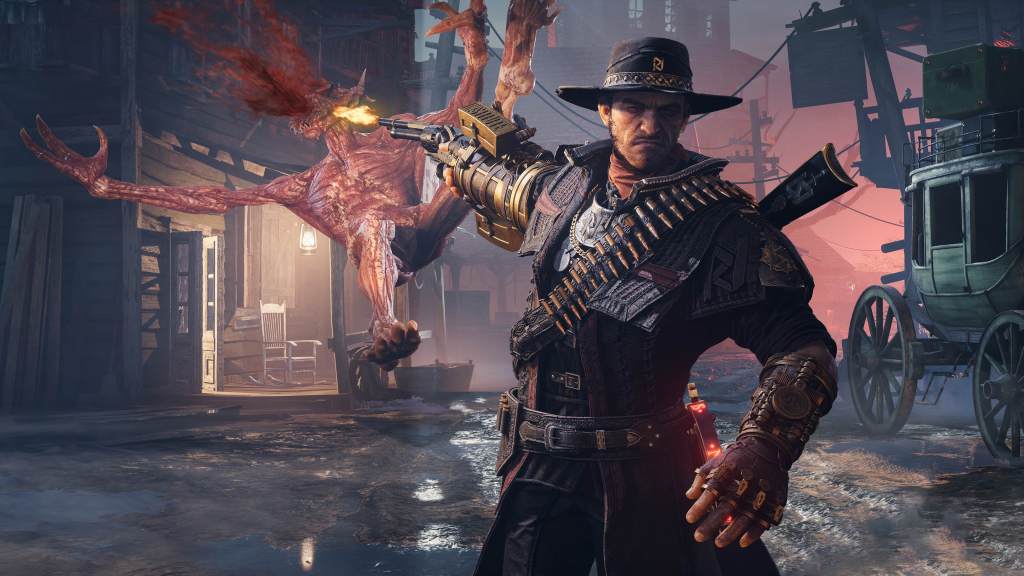 Supernatural shooter Evil West has been delayed by several months, according to developer Flying Wild Hog and publisher Focus Entertainment. While originally set to launch in September, it will now land on 22 November 2022. The delay will give developers time to polish the game, and ensure it reaches its ‘full potential’.

‘We are working our very best to achieve our vision of Evil West, and to meet your expectations,’ Flying Wild Hog and Focus Entertainment said in a joint statement. ‘Giving our game more polish is crucial to provide our players with no only good but also lasting memories. That’s something we’ve always pursued.’

‘To ensure that the game reaches its full potential, we have made the decision to delay the worldwide launch … We understand that game delays may be frustrating, but it’s a necessary step to deliver the best experience to everyone.’

The publisher and developer thanked fans for their support and dedication, and promised a weird, wild western ride for everyone when the game is ready for launch.

Evil West has received a number of major showcases over the last few months, with each revealing more about this over-the-top, supernaturally-charged adventure. It appears to be a spiritual successor to the western-horror genre that birthed titles like Darkwatch (and films like Priest) – and will feature a campaign-driven story that can be played solo or with friends.

As protagonist Jesse Rentier, you’ll be able to take on the forces of evil as vampires and other hideous monsters invade the West and cause havoc on the streets. Expect plenty of guts, blood, and gore when the game launches for Windows PC, PlayStation 4, PlayStation 5, Xbox One and Xbox Series X/S.

We may have to wait a little bit longer for the game to launch, but stay patient and 22 November 2022 will be here before you know it.