An odd chamber has been discovered behind a breakable wall that's very sturdy.
Leah J. Williams 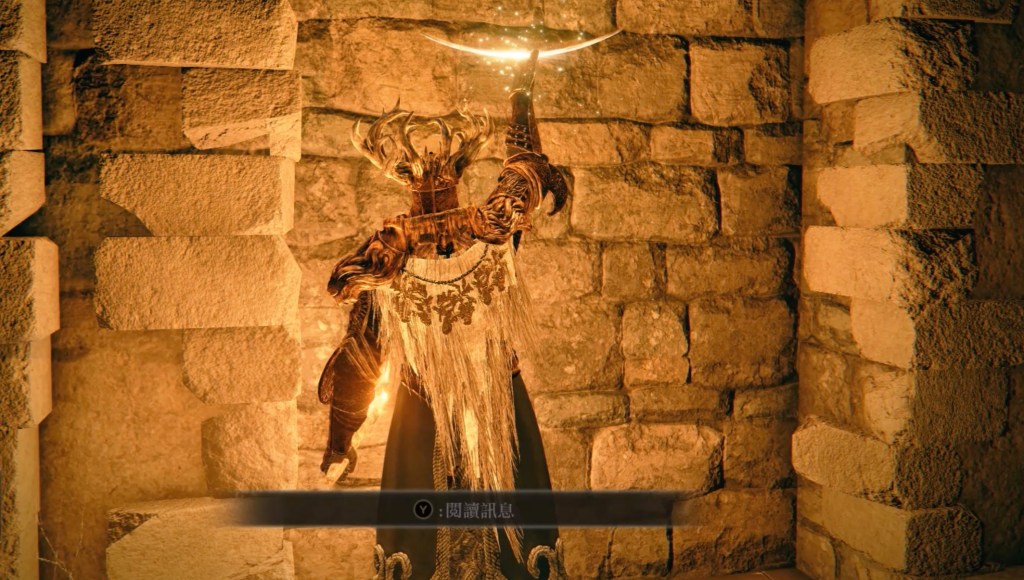 Elden Ring is a game that hides many secrets from players, but some are more obtuse than others. While it tends to adhere to video game tropes – like hiding items behind cracked walls – its version of narrative storytelling is a bit more laughable than most. See, while most hidden walls in video games are easy enough to crack open, it turns out Elden Ring isn’t quite so willing to give away its secrets.

Reddit user teristam discovered this firsthand while exploring dungeon Volcano Manor. While travelling, they spotted a suspicious-looking wall, and got to work on parsing its secrets. It’s unclear why teristam was so determined to break down the manor wall, but after 50 solid attempts at hitting the bricks, the entire wall crumbled.

To be clearer: it vanished entirely, with the bricks seeming to pop out of existence.

Beyond the broken wall, teristam was able to enter Rya and Knight Bernhal’s room – although the odd thing here is this isn’t actually a secret room. You can easily enter this location from another part of Volcano Manor, making the existence of the breakable wall extremely strange. There’s no real shortcut here, just a quirky side passage.

Elden Ring players have speculated this wall isn’t supposed to break, given the odd nature of the animation and how many hits it takes to break it down – but it’s also led to further intrigue about the world of Elden Ring. Many players have begun to wonder if hitting walls multiple times will get the same results, and whether this will allow easy cheating, or skipping whole segments of the game.

So far, no other breakable walls have been discovered – but given we’re only weeks out from the launch of the game, there’s a strong possibility of more secrets hiding in other parts of The Lands Between. Already, players have discovered hidden items like the Deathbed Smalls underwear, and it feels like other unusual discoveries are just waiting to be found.

While we don’t recommend spending all your time hitting walls in the hopes of finding Elden Ring secrets, it can’t hurt to try it out once or twice. Who knows what you might uncover.