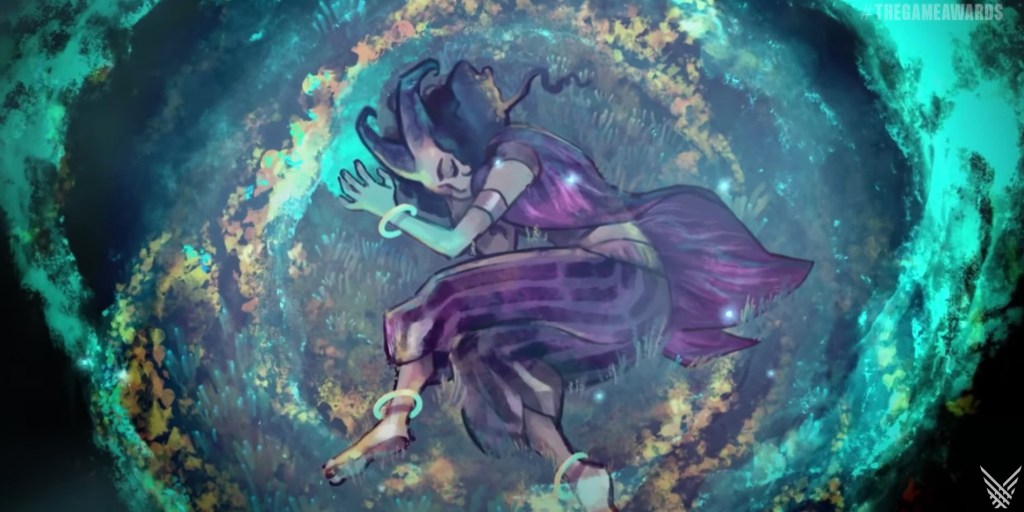 The developers of the critically-acclaimed action platforming game Celeste have announced their follow-up title at The Game Awards 2022, called Earthblade. It’s being put together by new studio called EXOK Games (Extremely OK Games), which features Celeste designer Maddy Thorson and composer Lena Raine, alongside several other developers and artists.

The game is seemingly a 2D side-scrolling action platforming game in the vein of Celeste, that seems to take place in a forest setting, and features some kind of melee combat, presumably with the titular Earthblade. Given that Celete featured some complex themes that complimented its challenging platforming action, we can assume that Earthblade will also feature an interesting narrative wrapper, and will be much more than just what we see in the announcement trailer.

‘You are Névoa, an enigmatic child of Fate returning at long last to Earth, in this explor-action platformer from the creators of Celeste. Earthblade’s lush pixel art world offers seamless exploration, challenging combat, and countless mysteries to pick apart. Travel the remnants of a ruined world, encounter denizens both friend and foe, and piece together the Earth’s fractured history.’

A teaser for the game’s soundtrack, composed by Lena Raine (Celeste, Guild Wars 2, Chicory) is also available on the Earthblade website.

Earthblade is currently slated for a 2024 release, and you can wishlist it now on Steam