Dragon Age: Absolution has locked in a premiere date, with all six episodes landing at once.
Leah J. Williams 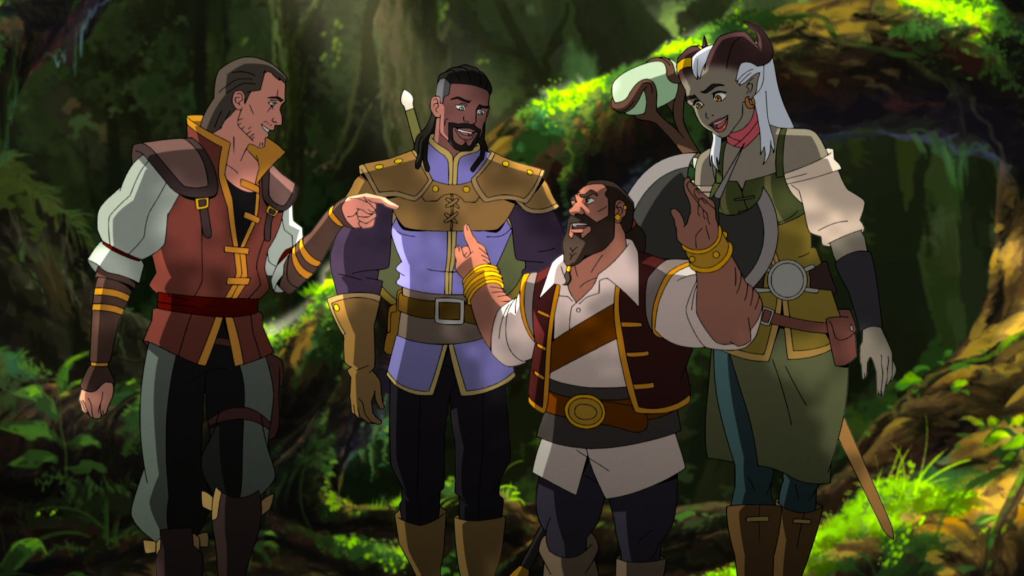 Dragon Age: Absolution, the upcoming animated adaptation of the classic BioWare video game, finally has a release date. As announced by Netflix in a new trailer, the entire six-episode first season of the show will land on 9 December 2022. It’s the latest in a long line of video game adaptations from Netflix, and features a brand new story spotlighting the tale of Miriam, a former slave turned mercenary.

She’ll be the focus of the tale, alongside a merry band of outcasts and heroes.

Here’s the plot, courtesy of Netflix:

‘When a heist against the most powerful man in Tevinter goes south, an elven mercenary named Miriam (Kimberly Brooks) is forced into a desperate fight for survival. Now, to save herself and her friends, Miriam will have to confront the tragic past she’s spent a lifetime trying to escape.’

The show will reportedly feature ‘an ensemble of new characters inspired by Dragon Age lore, including elves, mages, knights, Qunari, Red Templars, demons and other special surprises.’ It’s likely to include easter eggs for fans of the game franchise, and potentially lore that speaks to the upcoming Dragon Age: Dreadwolf.

The brand new trailer is a dramatic snapshot of the action, and shows off the adaptation’s gorgeous animation helmed by Red Dog Culture House (The Witcher: Night of the Wolf on Netflix), as well as tense encounters between the show’s heroes.

In addition to showing off the flashy new trailer, Netflix has also introduced the key members of the cast. They include: