The game's latest update will introduce new characters, and a range of Halloween items to collect.
Leah J. Williams 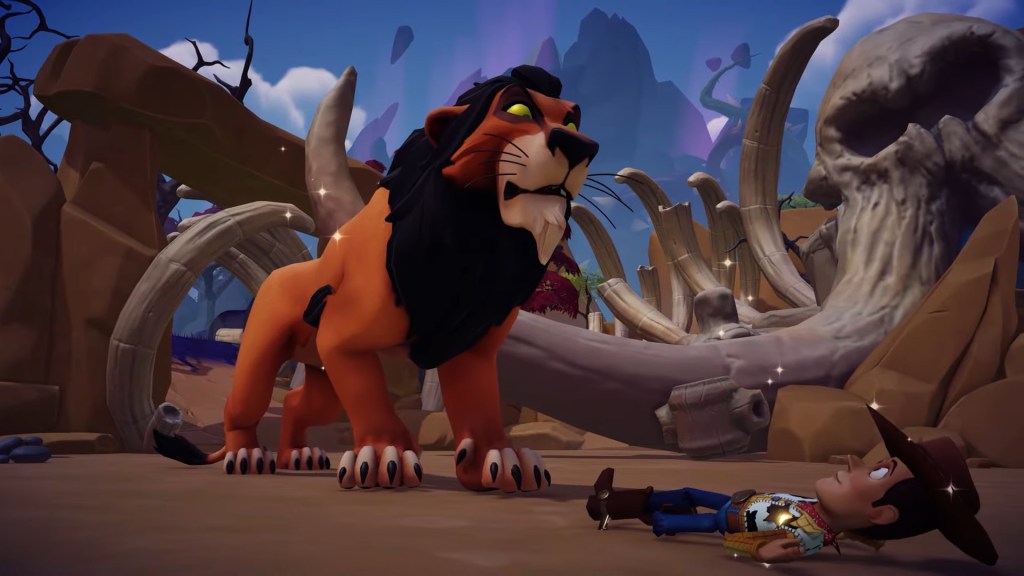 Disney Dreamlight Valley is set to expand in a major way this October, with a range of new items and activities set to be available following the latest update. In addition to introducing Halloween items, this update will also add in Scar from The Lion King as a character to befriend, alongside a new Star Path (Battle Pass), and bug fixes.

So far, developer Gameloft has kept tight-lipped about what exactly is on the way, but we do know the new update will come packed in with game improvements, as well as a raft of new content to discover.

A brief teaser video posted to Twitter has revealed new wearable outfits and spooky customisation, as well as a range of quests for Rapunzel‘s Mother Gothel, who will likely play a key part in the Halloween festivities.

Given the new update is headlined by the villainous Scar, it’s also fair to assume he’ll have a role to play in the upcoming celebration. He joins Mother Gothel and Ursula as the ‘evil’ faction in Disney Dreamlight Valley, which serves a distinct purpose in restoring the valley and removing the influence of the creeping Forgetting.

Unlike their film counterparts, they are friendly once you get to know them – but you’ll need to work for each character, providing them with the goods they request within their individual quest lines. Only then will they become a helpful force within your town.

At this stage, it’s unknown what else awaits in the latest Disney Dreamlight Valley update. Given it’s Halloween-themed, it’s highly likely we’ll see Jack Skellington or Sally from The Nightmare Before Christmas involved – but given the game has only just entered early access, we could also be in for a longer wait to see these iconic heroes.

Whatever the case, the game’s latest update should be a spooky blast. It launches for PC and consoles on 19 October 2022, and should automatically download for all players.