Fans have yet to figure out exactly what the golden potato will do.
Leah J. Williams 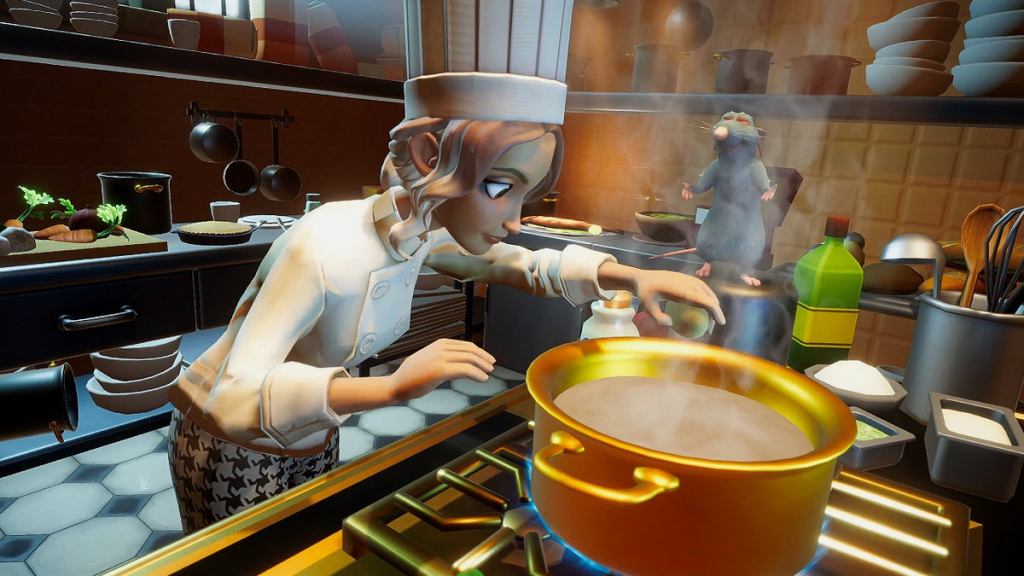 Disney Dreamlight Valley is a vast and imaginative game filled with colourful worlds, beloved childhood characters, and wholesome fun – but while fans have plenty to do in this cosy game, it’s a mysterious golden potato that has draw the vast majority of their attention.

In a recent promotional image for the lovely life simulator, developer Gameloft included an odd brain teaser. The file for the photo was titled LOOK CLOSER – and when fans did, they found a redeemable code sitting on a wooden bench (GPOT-OATO-LDFS-ENNM, for those who wish to claim it for themselves).

Redeeming the code via the Disney Dreamlight Valley settings – HELP > SETTINGS > CLAIM – led to the arrival of the aforementioned golden potato, which is listed as a quest item, despite seemingly being unusable.

‘You stumble upon a Golden item. It looks weirdly like a potato. Who knows what secrets it holds?!’ reads the item description. Notably, it’s not specifically labelled as a potato, but it certainly looks like one.

Over the last few days, fans have been scratching their brains over the appearance of this golden veggie. According to a report from PC Gamer, it can’t be planted, consumed, gifted, or cooked – and no player has managed to use it yet.

Once you have it, you can’t get rid of it – quest items are usually locked until a quest is complete – so you’ll need to lock it away in a storage container while you wait for a solve.

What’s most interesting about the potato is that it doesn’t seem tied to a particular Disney property. It could be a special ingredient for Remy the Rat from Ratatouille, or it could be a special gift for Ariel of The Little Mermaid, who loves shiny trinkets. Then again, it could also be related to Moana and the appearance of crab, Tamatoa – or something else entirely.

For now, it appears fans are in for a long wait as they figure out exactly what’s going on with this strange golden potato, and where it fits in the daily life of Disney Dreamlight Valley. Stay tuned to see when the mystery will finally be cracked.