Players of Diablo Immortal report having third-party eternal orbs removed from their account, leaving some in the red and unable to play.
Julian Lee 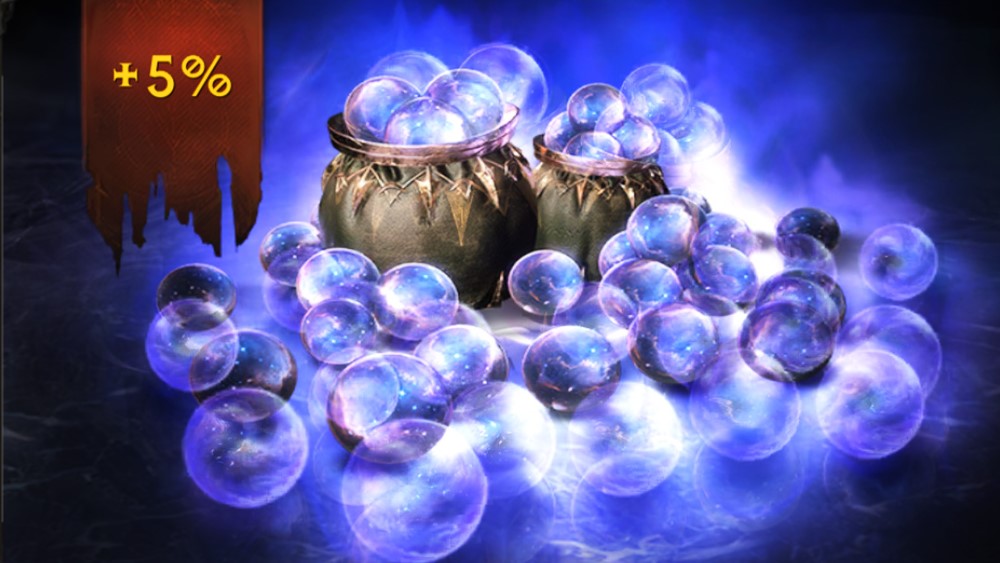 Players of Diablo Immortal have reported that eternal orbs, the in-game premium currency purchased with real money, were removed from their account by Blizzard – leaving many with a negative balance, and unable to play until they pay up.

The removed orbs in question, however, were purchased from third-party websites at discounted prices, with users on the community subreddit highlighting that players who had been reduced to negative orb counts following the removal were unable to participate in group content, but were still able to access PvP.

Now, it seems these restrictions aren’t making the impact some would have hoped. Players in the red are still able to complete solo content, salvage gear for crafting materials, and, perhaps most pertinently, access parties through Diablo Immortal’s party finder.

Others still have received heavier-handed sanctions, some players reporting being banned from their accounts. One such example is Shia, a player who found themselves with an almost two-and-a-half million deficit in orbs, valued at over US $30,000. The top-ranking wizard player discussed his situation with fellow Diablo Immortal big-spender jtisallbusiness, the latter known for becoming ‘locked out’ of the game after spending US $100,000.

While it’s unclear if these punishments are manually doled out on a case-by-case basis, occur after tripping the system for high negative orb counts, or is a fate that awaits all with debt no matter small or large, remains to be determined. Why Blizzard is taking such varied action can only be assumed to be an attempt to recoup some of the game’s biggest spenders.

Diablo Immortal’s eternal orbs purchased through official channels cost approximately US $100 (AU $147.34) for 7200 while the same amount from third-party websites range from US $10 to $85. How orbs could be sold at such highly discounted prices is questionable in itself, when they are only purchasable directly through Diablo Immortal’s store – vendors would stand little to gain unless there is an external motive for these sales.

The fluctuations in prices can be explained through progressively nefarious avenues of sale, such as using scammed store gift cards or stolen credentials, or otherwise exploiting differences in store policies such as refunds or region prices.

Considering Diablo Immortal’s whopping ‘price of competition,’ likely only increasing from here on out, it’s understandable why such prices would be so appealing to players of the game.

News of removals has been met with mixed reception, some suggesting that ‘fake whales’ be forced to wear dunce hats in-game as public humiliation – presumably a deserving fate for those that would dare purchase digital balls at lower prices than mandated by multi-billion dollar company, Blizzard. Among them are some concerning sentiments expressed about Diablo Immortal overall – one user on Reddit expressing that their working ‘up to 80 hours’ of overtime, to spend more money on the game, had been invalidated by third-party purchases.

None of this controversy seems to be slowing down the financial success of Diablo Immortal – the game pushing through company restructures, a catastrophic initial announcement, and an attempted microtransaction boycott from initial players, the game reported as of July 2022 to be raking in roughly a million dollars a day.