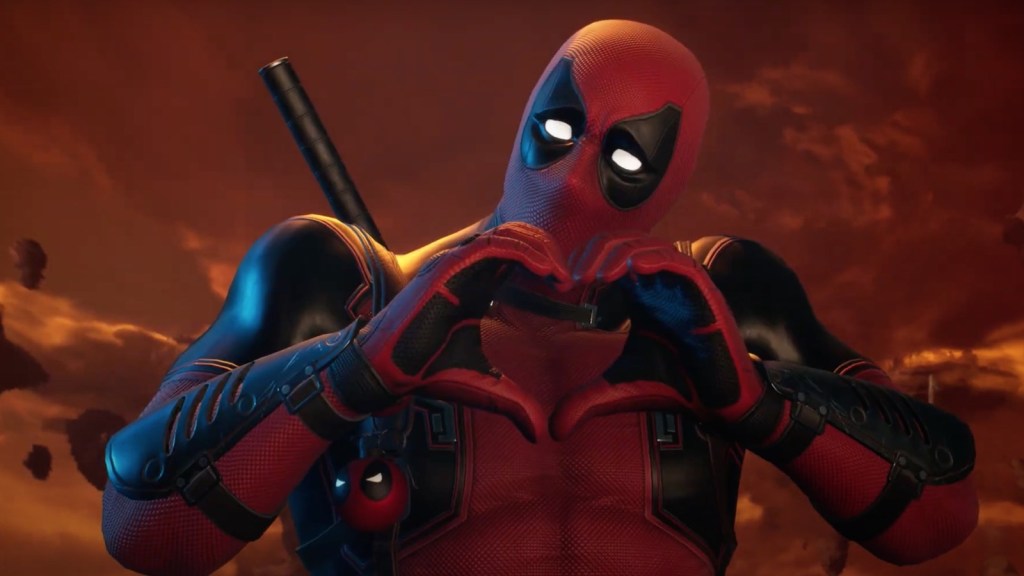 Everybody’s favourite annoying mercenary, Deadpool, is set to arrive in Marvel’s Midnight Suns much sooner than expected. He headlines the first DLC pack for the game – ‘The Good, the Bad, and the Undead‘ – set to launch on 26 January 2023 for players on PC and console.

The new pack will introduce Deadpool as a recruitable Midnight Sun. He’ll be available in the Abbey, and can be deployed on missions – including three new story missions exclusive to this DLC. In addition, the pack will introduce a new ‘Food Truck’ upgrade for the Abbey (a Research project), and new skins for Deadpool.

Trailers for The Good, The Bad, and the Undead have shown off the new hero’s hard-hitting suite of attacks, which are largely sword-based, and lean heavily into over-the-top comedy. You can check out the full reveal below:

Players will be able to recruit Deadpool after completing the ‘Spidermaaaans’ main story mission, and after Spider-Man officially unmasks in the Abbey (Act One). He can be found in the new ‘A Man of Culture’ story mission.

Deadpool is the first of four new recruitable DLC characters for the game. He’ll be followed by Venom, Morbius, and Storm – presumably, in that order. Each pack is expected to introduce new story missions and skins, as well as the ability to befriend new heroes (and anti-heroes).

At this stage, the other three packs for Marvel’s Midnight Suns have not been dated, but monthly releases could be likely as Firaxis attempts to corral fresh players into its dazzling, spooky, friendship-filled story.

The Good, The Bad, and the Undead, starring Deadpool, launches as standalone DLC and as part of the Marvel’s Midnight Suns Season Pass on 26 January 2023. Stay tuned for news of the next DLC packs.