Black Adam is landing in MultiVersus this Halloween (updated)

Black Adam is set to launch in the latest MultiVersus update, penned in for October.
Leah J. Williams 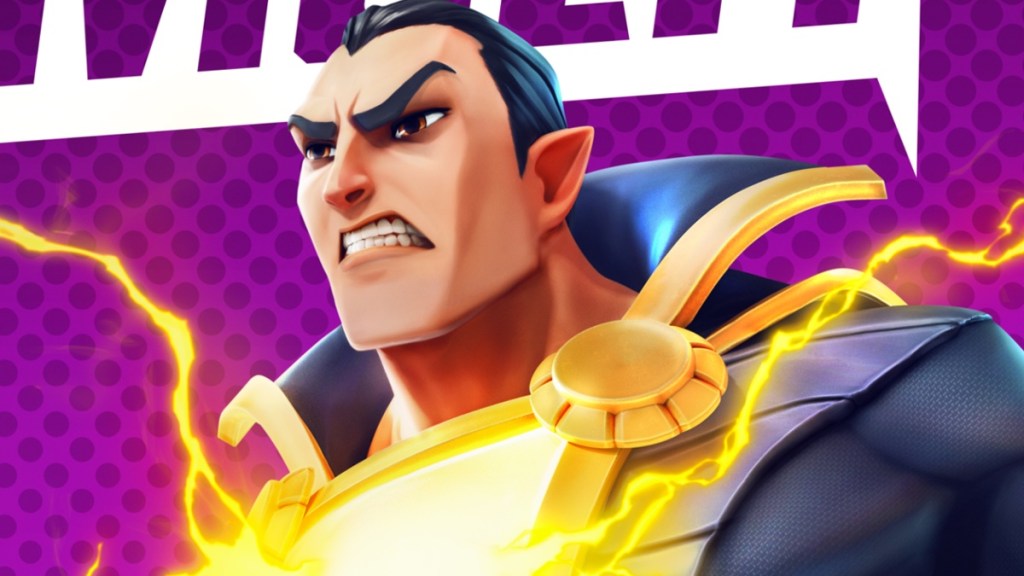 After months of leaks and teasers, DC anti-hero Black Adam is officially arriving in MultiVersus. While an exact release date for his arrival has not been locked in, the MultiVersus Twitter account confirmed he will be launching in the next update for the game.

Update 28/10: While originally scheduled for the Halloween period, this patch has unfortunately been pushed back, with developers yet to provide a release date for the launch of Black Adam.

This version of Black Adam is based on his original comics counterpart, rather than his recent cinematic depiction (as played by Dwayne ‘The Rock’ Johnson) – complete with pointed ears and a flowing cape. He’ll have access to a range of lightning-based attacks in the game, and will also appear in a mystery new Arcade Mode.

This has yet to be formally detailed by developer Player First Games – but it’s assumed to resemble the gameplay format of classic arcade fighters. This means players will likely face off with a range of enemies in a particular order, with each presenting a unique challenge on the way to the top of the ladder.

The game’s roster is now fairly stacked, making Arcade Mode a viable option to face down and unlock new characters. With countless new heroes and villains rumoured to join the fight – Beetlejuice, The Joker, The Wicked Witch and more – it’s likely this mode will be expanded in future.

For now, we can expect Arcade Mode to land alongside Black Adam by the end of October – ‘later this week’, according to Player First Games. Until then, sit tight and perfect your special moves. Black Adam looks set to be a blockbuster opponent, and it’s likely he’ll be one of the most powerful additions to the game.

Superman finally has a worthy contender.