Babylon's Fall received extremely poor reviews on launch. Despite this, Square Enix and PlatinumGames will continue work on the title.
Leah J. Williams 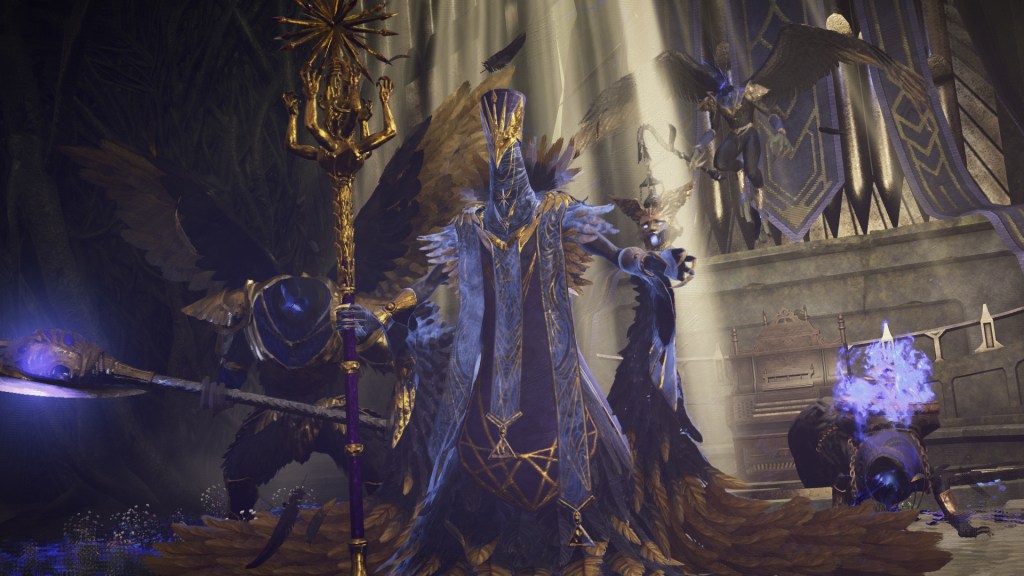 Multiplayer hack-and-slash game Babylon’s Fall received abysmal reviews when it launched in March 2022, quickly becoming one of the worst-reviewed games of the year. Despite this, publisher Square Enix and developer PlatinumGames still maintain hope for the title, with development work reportedly planned to continue well into the future.

In an update on Twitter, the development team directly answered the question: is the continuing service in danger? The answer was a firm no.

‘There are no plans to reduce the scale of development on Babylon’s Fall,’ the update reads.

‘Content up to the end of season 2 is now practically complete and we have started work on season 3 and beyond. We will continue to provide new content for the game and make improvements based on player feedback, striving to keep existing players playing and to attract newcomers.’

The team went on to thank players who’ve already dived into the game, and expressed an excitement for the future.

Currently, the team is looking to improve on many of the features which were openly criticised by players on launch – including the game’s strange, oily art style. Accessibility appears to be a focus going forward, as well as PC optimisation, and tweaks to make the game experience more enjoyable.

After asking for fan feedback, it appears there’s a range of challenges awaiting the team.

‘Despite a strong pedigree and interesting concepts, Babylon’s Fall is a boring, laborious, and unfulfilling action game experience,’ the GamesHub review stated. This appears to reflect general sentiment towards the game in its current form.

Still, there’s hope Babylon’s Fall could change for the better in future. There’s a deep lore in the game, one that feels very under-utilised. With enough time and patience, Babylon’s Fall could become a much more intricate and well-designed game. It appears PlatinumGames and Square Enix has a lot of work to do as development on the title continues.