Get every BioShock game for free on PC this week, then play Bioshock 2

The BioShock Collection is free on the Epic Games Store until 3 June 2022.
Edmond Tran 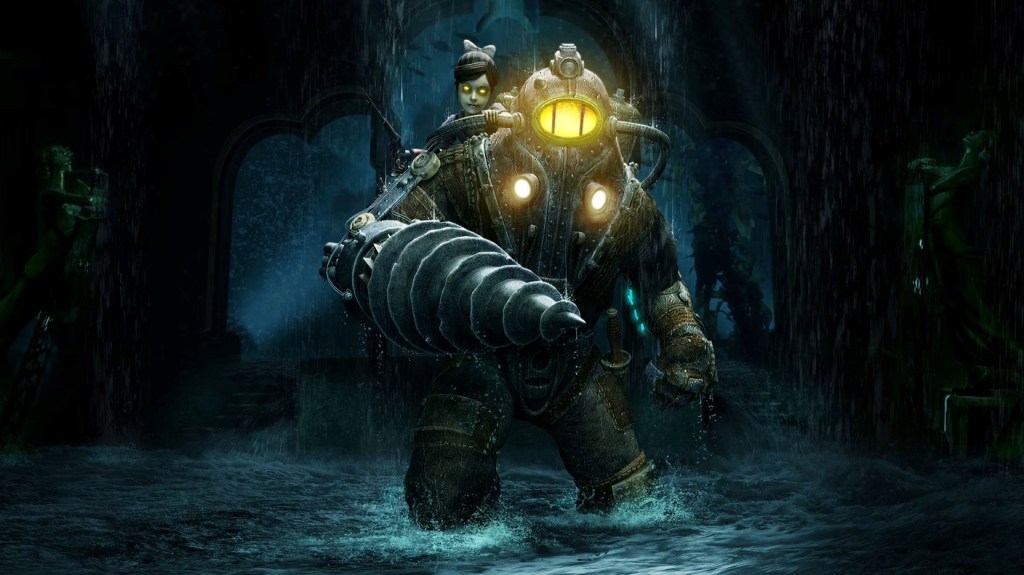 Whether you’re a fan of the Epic Games Store or not, it’s hard to complain about its regularly rotating roster of free PC games, which has been a great opportunity to get your hands on some of the greatest and most significant titles in recent gaming history. The latest free game on offer is the BioShock Collection, which contains remastered editions of BioShock, BioShock 2, and BioShock Infinite, as well as their DLC add-ons. The offer ends 3 June 2022.

These are all notable titles in their own right. Bioshock‘s famous plot twist has gone down in history as a significant moment in video game storytelling for many. However, I’d encourage anyone who takes advantage of this offer to play the often underrated and underappreciated BioShock 2, which was developed by 2K Marin and 2K Australia, and especially its standalone DLC story, Minerva’s Den.

The sequel puts you in the shoes of a Big Daddy enemy, and as a result, features a bigger focus on a much improved and more dynamic combat system, featuring elemental powers, gunplay with satisfying heavy weaponry, and the Big Daddy’s signature drill-arm. BioShock 2’s plot twist might not be as earth shattering or iconic as the original game’s, but it does feature a dramatic shift in how you play the game, which is very entertaining.

Also included in the collection is the standalone DLC story for Bioshock 2, titled Minerva’s Den. It was created by a very talented small team, many of whom would on to create the influential narrative game Gone Home.

Minerva’s Den is, in many ways, a much more distilled BioShock experience, which is what makes it so strong. It touches on many of the most pertinent themes explored within the narrative of the series, only with a much more personal perspective. It’s by far the most emotionally moving story in the franchise. If you only have time for a few hours of play, definitely spend it playing Minerva’s Den.

The BioShock Collection also features BioShock Infinite, the sequel developed by original creator Ken Levine and his team at Irrational. The game spent a long time in development hell, but was released to much acclaim at the time of release, despite painting a questionable ‘both-sides’ portrayal of racism and the American Civil Rights movement.

The BioShock Collection will be free on the Epic Games Store until 3 June 2022.