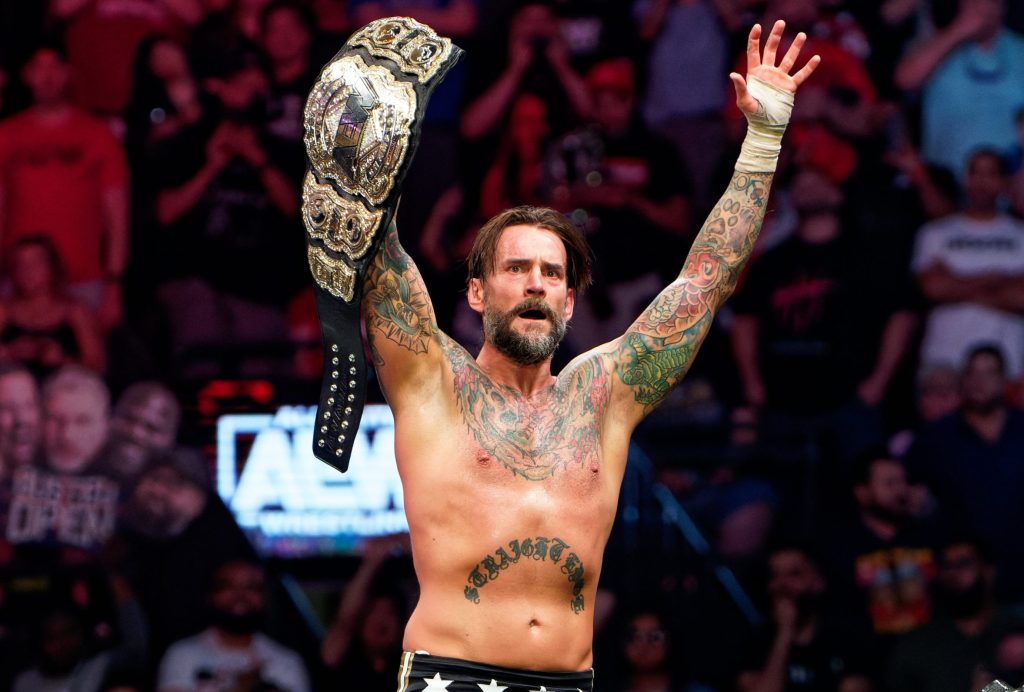 AEW: Fight Forever has been revealed in full, thanks to multiple retail listings spotted across the internet. As well as details about new modes and game features, these listings have also spoiled the game’s cover art, and revealed new gameplay screenshots and characters – including Thunder Rosa, Abadon, and Yuka Sakazaki.

The game’s cover is perhaps the most intriguing reveal of the lot. It’s headlined by star (and current AEW Champion) CM Punk, alongside a range of worthy wrestlers – including Jade Cargill, Britt Baker, Chris Jericho, Kenny Omega, and Jon Moxley. It’s great to see a shared spotlight, and to see multiple women on the cover.

Jade Cargill is one of AEW’s fastest rising stars, and has effortlessly risen to the top of the roster, thanks to her stunning look and muscle-powered moveset. Baker has similarly earned her spot after several years of star-making performances, and an impressive run as AEW Women’s Champion.

It’s also excellent to see Punk back in the spotlight. AEW: Fight Forever marks the star’s grand return to wrestling games. He was last featured in WWE 2K15 – an appearance that caused an unfortunate lawsuit – and has since only been included in custom creator suites. Now, fans will finally be able to play an official version of Punk in a wrestling game again.

The game’s release date has been listed as 31 December 2022, although this is likely a placeholder until an official announcement is made.

According to the Amazon listing, which revealed the game is being published by THQ Nordic, fans can expect a number of fresh match types and ‘arcade’ style wrestling in this title, with a big talent roster (which includes WWE’s Cody Rhodes), and online co-op.

We’ll learn more about the game when AEW and developer Yuke’s is ready – but given these retail listings appear to be fairly complete, it’s likely we’ll hear more shortly. Stay tuned.