Dying Light 2 starts strong with a satisfying gameplay loop, but overstays its welcome with a drawn-out narrative and irritating protagonist.
Nich Richie 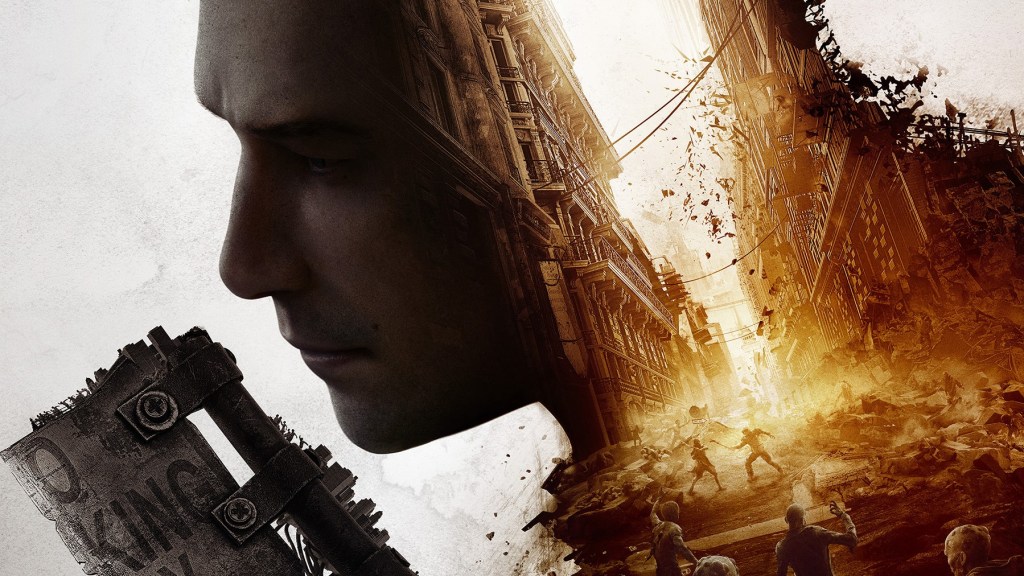 When Dying Light 2 is at its best, it’s an immersive story experience akin to living through the best episodes of The Walking Dead. But at its worst, Dying Light 2 is a bleak, dull and uninspired game that overstays its welcome.

[This review contains some spoilers, as well as mentions of suicide, ableism and racism]

The protagonist of Dying Light 2 is Aiden, a pilgrim wandering Europe in search of his missing Sister, Mia. His search throws you into the confines of the city of Villedor and a hostile community of survivors. It’s a familiar post-apocalyptic tale. But the core difference, which drives both the story and gameplay of Dying Light 2, is the fact that Aiden has a fresh zombie bite. While helping survivors through their various quests and searching for Aiden’s Sister, you’ll have to contend with managing the virus in your body, and your falling immunity.

What a time for a game like this to come out.

Playing Dying Light 2 is like an eclectic mix of Mirror’s Edge, Dishonored, and Fallout. With a focus on parkour mechanics and a day/night cycle, you’ll find yourself running across beaten, ramshackle, zombie-filled houses, and making soaring leaps across ruined town squares as you traverse during the daytime. When night falls, you’ll see a significant shift in the world occur as the stronger, faster, and larger zombies roaming the street lead to nerve wracking chases that’ll have you jumping out of your seat trying to find safety.

During the day, you’ll find it easy to complete most missions without the fear of being overwhelmed. Unfortunately, completing a good number of missions and finding beneficial upgrades for Aiden require being active at night.

Early on, the nights in Dying Light 2 are difficult and frightening. They challenge your ability to be stealthy and manage your immunity to the zombie virus – which takes the form of a ticking timer that ends in a game over. There are several downsides to even approaching night time activities, but the rewards they give are incredibly important and essential for progression, especially in the latter half of the game. While that tension may come across as overwhelming or inaccessible for some players, the rewards are worth that risk, and worth the challenge that comes with it.

These rewards include Inhibitors, a way to enhance your health and stamina, the latter of which is very important early on since parkour and climbing mechanics put a huge demand on stamina. This limitation gets you rolling on the game’s primary gameplay loop, which feeds you into the rest of its key mechanics – You’ll head out on a mission, find yourself with too little stamina to make a new climb, make a detour to look for more inhibitors, and then go back to it. It’s a satisfying, if repetitive, cycle.

However, this dynamic changes in the second half of the game. You’ll eventually come across mechanics and abilities that begin to trivialise a lot of the tension in Dying Light 2. Tough climbs can eventually be bypassed with the help of a paraglider, and those zombie-filled buildings become easier to clear out with a large weapon and a bold attitude. The weapon modification and the upgrade system can eventually make you overpowered, and most enemies won’t stand a chance should you choose to play with friends in co-op.

This dramatic shift isn’t just isolated to the gameplay, either.

Thrilling storytelling, some of the time

Where Dying Light 2 really suffers is its uneven story and irritating protagonist.

In the first part of the game, you’re pulled into a thrilling murder mystery centred around the death of Lucas, a member of a military faction called the Peacekeepers. As events unfold throughout the game’s main story, they’re accompanied by plenty of richly-detailed sidequests which offer insights into the various survivors of the world.

But the primary mystery is where the game’s narrative is most intriguing. The desire to find out the truth amongst the Peacekeeper and Survivor factions keeps the first part of the game engaging – and this all wraps up in a surprising conclusion where you’re left with a terrifying encounter, a cliffhanger, and many questions.

However, Dying Light 2 doesn’t stop there.

Much like a television show that’s been renewed for an unnecessary second season, Dying Light 2 pushes you into a second city for another major, but far less compelling plot goal: Getting to the top of a broadcast tower with the help of Lawan, portrayed by Daredevil and Star Wars actress Rosario Dawson.

Lawan’s sudden appearance is a welcome one, as her nonchalant attitude helps to ground you in the reality of Dying Light 2’s world. While a lot of the game’s characters treat Aiden as a solve-all to any problem they come across, Lawan operates differently. She’s relatable, and realistically treats Aiden as an outsider not to be relied on.

This allows for Lawan to have the strongest and most sustained character development of the game, which eventuates in some of the deepest emotional moments in the narrative.

Lawan is the most interesting part of this second half, which otherwise feels messy and highly inconsistent in its tone. At one point, Dying Light 2 bounces from comedic moments, to high octane action sequences, to exposition filled dialogue, to characters dying, to extreme horror sequences all within the space of an hour.

It’s a confusing and poorly paced blockbuster rollercoaster, and several moments in the second half pulled me out of the story the game was trying to tell.

Lawan and the other characters that Aiden comes across in the game are written with a care and passion that helps them feel alive, and kept me on the edge of my seat. But the quality of these characters also draw attention to how, in contrast, Aiden is unlikeable and the biggest contributors to Dying Light 2’s lowest lows.

Throughout the game, Aiden is quick to mock characters for their personalities, rituals and hobbies. This is where the game’s writing not only felt dated but made me feel uncomfortable – especially as a Queer and Disabled Indigenous Person. Aiden is quick to call people ‘crazy’ and ‘nutcases’ and acts with a superiority complex by default.

Aiden is also dismissive of characters with differing cultural beliefs and practises, and this shows strongly during interactions with the game’s people of colour.

In one sidequest, you’re introduced to Baba, a woman of colour specialising in medicine, herbs and poultices. Aiden is immediately dismissive of her, yet does not do the same for any of the caucasian doctors or healers he comes across. I didn’t think much of this at first, until I met a different woman of colour practising an unfamiliar religion, who Aiden also mercilessly patronised and mocked.

It felt sickening to be playing such an irritating and bigoted protagonist, and as a result I felt no connection to him or how his personal story would develop.

Several quests in Dying Light 2 boast great choices with meaningful outcomes, including one where the game expects you to talk someone out of suicide, and makes you feel awful if you fail. It’s here where I found the game to be most punishing and effective.

For the most part, you’re only given one chance to make a choice. This choice is usually set in stone, and ultimately has an impact on the bleakness of the game’s world.

Apart from affecting the narrative, these choices also affect faction and territory control. For example, the game will let you decide who to give control of the aforementioned radio tower to. In my playthrough, I chose Frank – a person who lost his squad attempting to climb the radio tower.

This choice felt meaningful and kind. It made me smile to hear Frank so happy as he and Aiden became friends.

However, 20 minutes later, Frank calls Aiden asking to see him, and Aiden responds with aggression, yelling at Frank and berating him for what was ostensibly my pivotal narrative choice.

That moment made me stop the game, step away and reflect on how such an intriguing story had sabotaged itself, and how the game’s detestable protagonist seems to actively betray the plot, and my choices.

This downward spiral continues throughout the latter half of the game, as choices begin to have less impact, and the game starts to make significant narrative choices on behalf of the player. Events do escalate to an intense conclusion, but this largely feels unearned. The only beam of light in the final hours is Lawan.

Dying Light 2 has a strong, if restrictive start and manages to pull you into an intriguing mystery that grows into a satisfying finale, with an engaging gameplay loop. However, the game also vastly overstays its welcome. With an overly drawn-out narrative and an irritating main character, it leaves a bad taste in your mouth by the time the credits roll.

The PlayStation 5 version of Dying Light 2 was provided and played for the purposes of this review.