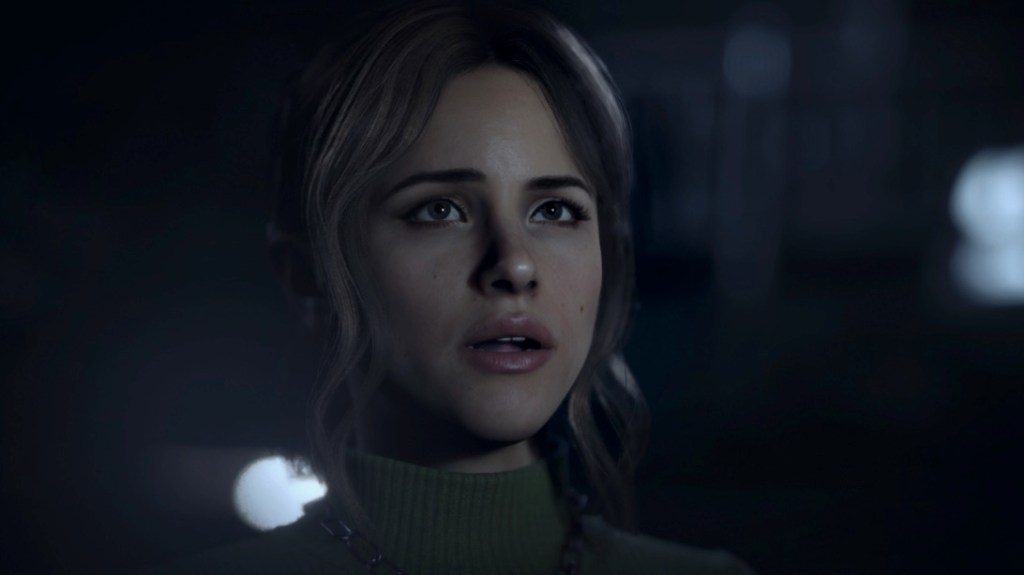 Something is wrong in Hackett’s Quarry. Like Camps Crystal Lake, Arawak and Wannaweep before it, there is something strange stalking its woods, haunting the local town, and terrifying its campers. This is the premise of The Quarry, a cinematic slasher adventure from 2K Games and Supermassive Games – a spiritual successor to Until Dawn that features just as much terror and teen banter as its predecessor.

In an early preview version of the game provided to GamesHub, we were able to take a closer look at The Quarry’s story, how character interactions shape the action of the game, and what role choice plays in surviving the slimy terror stalking Hackett’s Quarry. While only a short snippet was available – around 45 minutes of gameplay – it was enough to cement The Quarry as an intriguing horror tale to keep an eye on.

The set up for The Quarry hues closely to Friday the 13th: a group of indeterminately-aged young adults (the summer camp appears to be school-adjacent, but the teens frequently discuss sex and relationships) are spending a week together in a rickety old campground surrounded by a dark forest.

At first, the conversation is light and friendly; leader Kaitlyn jabs at jock Jacob and Aussie boy-next-door Nick as they stumble across a rifle and begin playing a game of ‘shoot the bottle’.

But when you introduce a gun in the first act, you know exactly what’s going to happen.

The Quarry shifts quickly from teen drama to bloody slasher

The mood sours quickly in Hackett’s Quarry as the teens turn to the always ill-advised ‘Truth or Dare’ game, delivered around a campfire as the night closes in. Joining the first trio of teens is Abigail, an awkward young artist who appears to be a hopeless romantic; Emma, a social media influencer and aspiring actress; Ryan, a kind-hearted loner; and Dylan, who didn’t get much of a chance to shine in the gameplay snippet.

The banter between the teens is well-written and realistic; there’s a sense of well-performed meanness and light-hearted jabbing that helps to illuminate the personality of each teen and their relationships to each other. This is also guided by player choice, through split dialogue options that determine the tone of interactions. Taking the reins of a single character per scene, you can decide whether to take offence at an errant comment, or to roll with the punches.

Depending on whether you spurn your friends or strengthen your bonds, you may be able to survive longer in the woods, or nab a helping hand when you’re in need. The only challenge is that you don’t really know who you can trust, or who’ll end up on the wrong side of the tracks.

This freedom of choice extends to the more monstrous aspects of The Quarry.

As the game of Truth or Dare hits a fever pitch, tensions are high – Abigail is asked about her virginity, and Emma kisses Nick to make her boyfriend Jacob jealous. The teens react, as teens often do, with a generous dose of stupidity – one that is immediately a problem as Abigail goes storming off into the woods alone, with Nick trailing behind her.

To make amends, Emma invites Jacob to the local lake. Here, a nearby cabin lacks towels for a dip, but what the area does have is a gnarly, desiccated body at the bottom of the lake. What begins as Emma playing tricks on Jacob quickly devolves into skin-crawling horror as he finds himself tangled in barbed wire knots, and nearly drowning.

On the other side of the campground, Abigail has gotten herself lost in the darkness – one that’s haunted by a heavily-breathing beast that stalks her via an unsettling, first-person view. This is one of the first moments in The Quarry that’s truly interactive – players must guide Abigail along a darkened path, and attempt to find the light while Quick Time Events (QTEs) determine her movements.

It becomes a touch more frantic when an odd, stretched-out beast curls out of the forest and immediately cottons on to the location of Nick, who’s run into the woods to save Abigail. His fate couldn’t be changed in this gameplay snippet; the moment he steps into the forest, the elongated, blood-covered beast attacks him, sinking its teeth into his skin.

From there, Abigail has a choice; help Nick or run. Both choices set Abigail on a particular path, the long-term results of which went unseen during this short snippet of the full game. Whatever you choose, you’ll end up in a frantic game of cat-and-mouse with the creature, whose nature is largely a mystery.

This means you end up with important assumptions to make. The creature itself is tall and ungainly – but it has sharp claws and teeth. Does this mean you should climb a tree, or run? Given the claws, you’d assume a tree isn’t a safe hiding place – so you can choose to keep running. You’re then presented with new choices: do you hide behind a log and hope the creature can’t see you? Do you keep going, and find a new hiding spot out of the light? Will holding your breath keep the creature at bay?

You won’t completely know the results of your actions until you decide to commit, which adds an extra layer of tension to the entire fight-or-flight QTE sequence, ramping up the sheer terror of being pursued by an unknown beast. In many ways, this was a strength of the preview; the lack of certainty means that the beast in The Quarry could be anything – all we really know is that it likely has an infectious bite; a local villager who attempts to abduct Nick shoots his finger off after the teen bites him.

To give a creature a name is to normalise it, but keeping it a mystery adds a layer of intrigue to The Quarry that will likely enthral players. It also effectively dampens the minor letdown of the game’s by-the-numbers set-up, and the ways in which certain characters fulfil common and unfortunate stereotypes.

The Quarry leans heavily into stereotypes

Emma, for example, has the potential to be a major weakness in the game’s narrative – she’s an extremely unlikeable character from the get-go. In an early appearance, she kisses another man in front of her boyfriend to inspire jealousy. Later, she tries to play it off by going for a midnight swim and attempting to play childish games. Emma is a social media influencer and an actress – and comes off as a vapid stereotype of both.

While there’s more time for her to develop a conscience, she felt extremely shallow during this early look at the game, hinting at the potential for her to be boxed neatly and unfortunately into the ‘mean girl’ trope without any further complexity.

Likewise, Abigail appears to have been given the ‘poor virgin’ role, with the early Truth or Dare scene revealing her discomfort with her sexuality, as well as her crush on Nick. As you’d expect, both girls have an immediate rivalry, with Emma overtly using her own confidence to spurn Abigail.

As a result, the story seems to have a ‘slut vs. virgin’ mentality – something that really should’ve stayed in the early 2000s.

Add in Jacob as the stock-standard ‘jock’ stereotype, and you have a cast of characters that feel familiar for all the wrong reasons. There is hope The Quarry avoids leaning too heavily into these tired, common tropes, but the early snippet didn’t do much to suggest otherwise.

There are sparks of something more interesting – namely in the form of Grace Zabriskie’s strange, fortune-telling character, who appears between chapters with tarot cards in hand, and in the strange villagers that seem to know more about Hackett’s Quarry than they let on.

The Quarry shows promise, but whether it’s willing or able to do more with its slasher genre tribute remains to be seen. There’s surely something deeper lurking beneath the surface of this title, and the visual fidelity of the characters and action makes it easy to get drawn into. But it’s hard to know which way the axe will swing until we see more.

The Quarry is set to launch for PlayStation 4, PlayStation 5, Xbox One, Xbox Series X/S and Windows PC on 10 June 2022.