Stray Gods wouldn’t exist without Buffy, and the Australian Government

Stray Gods is an Australian-developed musical RPG with wild ambitions, and a devotion to the entire musical scene.
Leah J. Williams 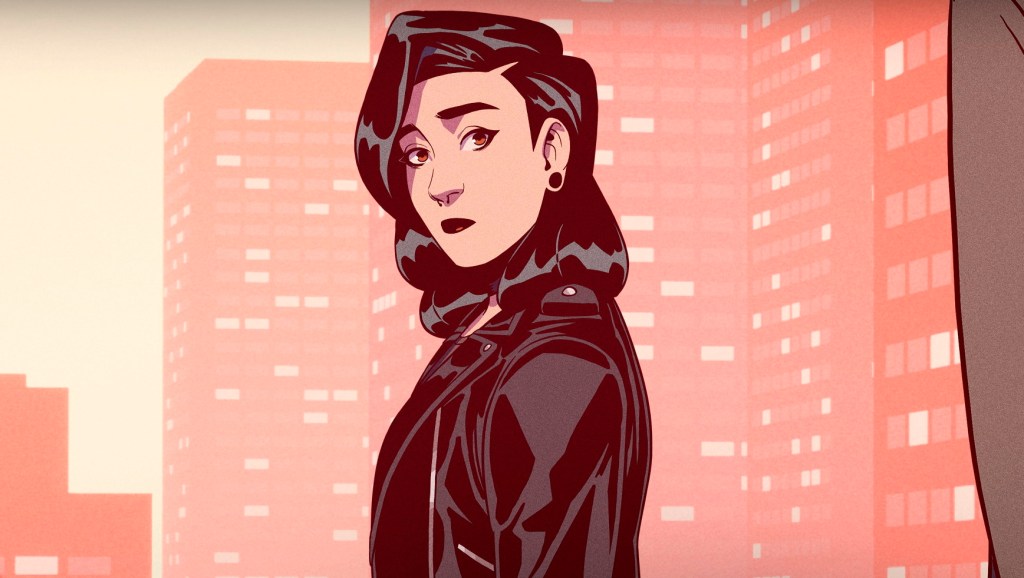 In November 2001, Buffy the Vampire Slayer changed the face of musicals forever, in a famous episode titled ‘Once More, With Feeling’. While the plot is standard Buffy – a demon is wreaking havoc on the town of Sunnydale – it was special for being one of the first mainstream ‘musical TV episodes’, combining the hallmarks of the musical genre with heavy action and narrative storytelling. Without this episode, Stray Gods, the upcoming Australian-developed musical role-playing game, would not exist.

‘Once More, With Feeling’ was the first inspiration cited by Summerfall Studios Managing Director, Liam Esler, when discussing the in-development title with GamesHub.

‘It was a very, very big [inspiration],’ Esler said. ‘From that perspective – kind of looking at “what did the TV musical do for television?”‘ Stray Gods will do the same for video games.

From these roots, the story of Stray Gods grew. In the game, you play as Grace – a young woman caught in strange, mythological circumstances, and forced to deal with her new fate as a powerful and mystically-inclined Muse. As she grapples with her circumstances, she comes face-to-face with a parade of Greek Gods, all of whom want something from her.

Her tale will take players from frantic, god-appeasing dialogue battles to all-out musical performances, buoyed by a large cast of international voice actors, as well as local talent. While Summerfall has yet to lift the lid on every major cast member, we do know that beloved stars like Laura Bailey (Grace) and Mary Elizabeth McGlynn (Persephone) will play key roles in the game.

Through remote voice recording in studios halfway around the world, Esler and the Summerfall Studios team were able to craft and record each action-heavy song, occasionally waking up as early as 2:00 am to guide performances and monitor the creation process. While the coronavirus pandemic has complicated matters, Esler remained upbeat about progress, and the talent involved.

According to Esler, everyone on the team is a ‘huge, huge’ musical fan – with strong opinions and feelings on ‘what makes a good musical’ helping to shape how everyone collaborates together.

‘The songs are like the high points of the story. When we were pitching to publishers, we used to call them boss battles, as a touch point,’ Esler explained. These songs will be aided by the game’s cinematography and comic book-like action, which is designed to resemble theatre and stage performances, as well as music videos.

‘Full credit to our incredible art team, who are truly some of the most talented people I’ve ever had the privilege of working with, led by the inimitable Benjamin Ee [Art Director],’ Esler said. ‘Dave [David Gaider, Creative Director & Co-Founder of Summerfall Studios] and I very early on had an idea for what we wanted Stray Gods to look like. We brought Ben on very early, and we immediately identified “this is our protagonist” – I think [Grace] was the first illustration he did.’

‘It was an immediate [feeling] – “this is the one, this is what we’re trying to do.” Ben was able to craft this really, really stunning, unique aesthetic that really pulls from comics. We looked at a lot of different games that have been inspired by a comic aesthetic, like The Wolf Among Us and Borderlands, and a bunch of others and just felt like nobody had really nailed the aesthetic … We wanted to really take the idea of a comic book come to life in a literal direction.’

The final result is a colourful and impressive narrative adventure that is described as a collaboration between everyone on the art team, and the ideas of the game’s writers. Esler describes seeing Stray Gods come together as the most ‘exciting, coolest thing in the world’, as ‘there’s nothing out there that looks like [the game].’

Stray Gods and VicScreen are intertwined

Summerfall Studios occupies a unique position in the Australian video games industry, and acts as a shining example of how creativity and fresh ideas can flourish with ample support. As Esler made clear to GamesHub, while the talented and passionate studio is currently hard at work on Stray Gods, the game wouldn’t exist at all without Victorian State Government funding.

The recent success of Victorian-made titles like Cult of the Lamb, which hit one million copies sold in its first week on sale, is a clear indicator of the power of funding. This title, like Stray Gods, was produced with the support of industry body, VicScreen.

‘Without VicScreen and support from the government, Stray Gods just wouldn’t exist,’ Esler explained. ‘It was fundamental to the early development of the game, and securing funding from VicScreen meant that we could take a risk on something that was creative, that we otherwise would not have been able to do.’

‘It’s rare that you get to work on something that tries to do something new, and that you’re passionate about. We were pretty confident that there was an audience for the kind of game that we wanted to make, but we knew that this was potentially going to be a hard sell for some people … having support from VicScreen enabled us the space and time to figure that out.’

In addition to VicScreen, Summerfall Studios also received support from Creative Victoria, and from the Victorian Music Development Office. With this aid, the studio was able to continue developing the game – and also reach for their ‘complete’ vision. Over the last week, Summerfall has worked with these organisations to record music with Orchestra Victoria – a feat that wouldn’t have been possible without collaboration, and government input.

Meredith Hall, Marketing Director at Summerfall Studios, previously worked for VicScreen, and describes the company’s goals as ‘[building] better structures and better pipelines and better systems for people to not just enter the industry, but to stay in it.’ Summerfall’s goals are similar.

‘[At Summerfall] we want to have a structure that allows [new] people to grow and learn and be supported,’ Hall said. ‘In the same way that we’re trying to do that for the people that we bring in, that’s really what VicScreen is trying to do for the state – they’re looking to take teams of all different sizes, all different shapes, to access whatever they need in terms of growth.’

As Hall makes clear, growth looks different for every studio – but the value of working with a company like VicScreen is that advisors know how to address oncoming challenges, and work with studios to discover their needs. While the funding side of the business is essential, VicScreen also aids professional development tools, and identifies unseen opportunities along the way.

Work on Stray Gods only truly began with initial funding from VicScreen. This money was used to develop the overall idea of the game, and how the branching narrative and songs worked. After several iterations of the project, and consideration of what audiences were truly looking for, Summerfall then turned to public crowdfunding platform FIG to raise further funds, and gauge the interest in an RPG musical game. While creativity is appreciated, games are still a product to be sold – and their creation is grounded by the reality of demand.

‘I’ve rarely worked on a game where there’s been such a vociferous response from people being like, “this game was made for me”,’ Esler said. ‘We thought very carefully about who this was for, and what they wanted … it’s really exciting to see that all come to fruition.’

This public support led to future opportunities and growth.

As development on the game progressed, the Summerfall Studios team received further support from VicScreen – including a grant to hire younger developers to work on the project. The games industry is notoriously difficult to break into, with a highly competitive field of talented individuals all vying for limited spots in the growing games scene.

It’s extremely rare for high-profile studios to invite young voices in, and it’s for this reason that Summerfall is keen to help fresh perspectives thrive. With a veteran team of experienced individuals – including David Gaider, who previously worked on blockbuster titles like Dragon Age – the studio is able to provide much-needed mentorship and career opportunities.

‘Most of our team is pretty experienced,’ Esler said. ‘That puts us in a unique position to be able to actually support bringing on juniors. The juniors that we’re in the process of hiring right now came about thanks to a conversation we’ve had with VicScreen over several years.’

While the process of hiring young developers has taken ample time, it’s something Summerfall has worked towards since it began.

‘A core value of Summerfall is we want to be able to support the broader industry, and we always knew very early on that if there was an opportunity to actually train people properly … we would jump on that, and we wanted to make sure that we could contribute in that way,’ Esler said.

‘We are very passionate about the idea of culture add, rather than culture fit. Part of that is not just hiring people who look like you … but that that doesn’t just apply to ethnicity or gender. It’s also the experience of every person we hire.’

As work on Stray Gods continues, Summerfall is looking to expand the scope of its work, and provide new Australian developers with the support and confidence they need to thrive. Over the next few months, the studio will welcome several new starters, and continue to create magic as Grace’s story expands.

While no major development updates were provided to GamesHub, we can expect to hear more about the highly-anticipated project in future.

Stray Gods: The Roleplaying Musical is currently in development.