There are many things Marvel's Midnight Suns doesn't tell you about effective gameplay and strategy.
Leah J. Williams 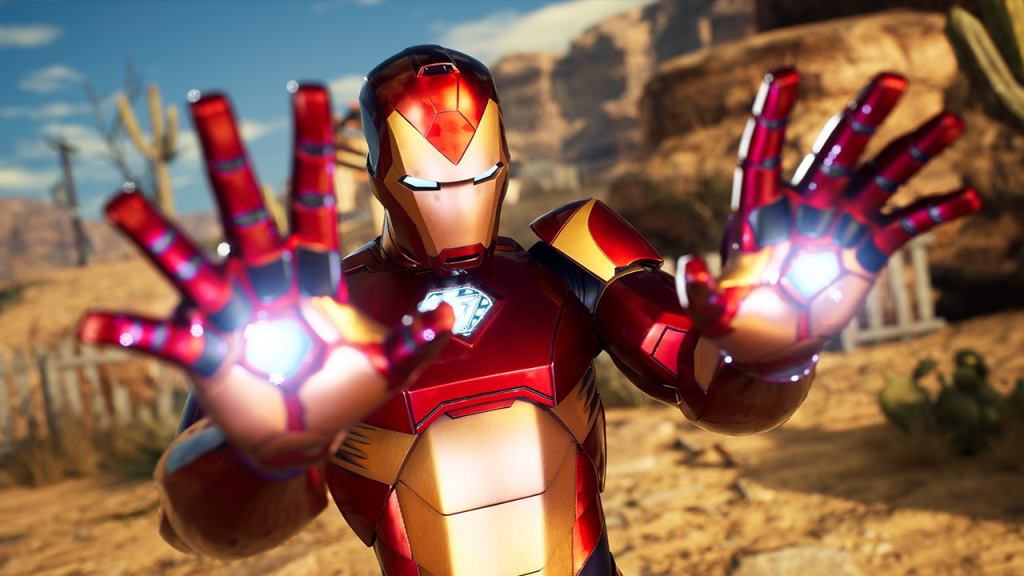 Marvel’s Midnight Suns is a complex game, with several interlocking systems all feeding into each other. You must balance your Friendship levels with upgrading card abilities and attacks, all while travelling along a mystical storyline filled with tactical combat and danger. While the Firaxis-developed game is very good at telling you the basics, there are harsh lessons you’ll need to learn as you romp through each story beat, and force the armies of Lilith back.

While you can certainly make your own mistakes for yourself – and there’s always fun in failing the first time – we have plenty of advice to offer those just starting out. To kick off Marvel’s Midnight Suns on the best foot, read on for our handy beginner’s guide to the game.

Here’s what we recommend knowing before you start.

1. Don’t be nice to Illyana, aka Magik

Each hero reacts differently to your Friendship approach, with some preferring kind, hopeful tones, and others being woefully pessimistic. Illyana, one of the strongest young heroes in the game, is an essential combatant and flits across the battlefield with high-powered teleportation attacks. But she’s only really effective if you’re actually friends with her – and she makes this very, very difficult.

Those familiar with the Marvel Comics source material for Midnight Suns will know why – she had a difficult childhood growing up in the demon-infested Limbo, and struggles to relate to ‘normal’ people. That requires you to take a lighter-touch approach with her – and avoid dialogue options that may reduce your Friendship level.

From experience, Illyana prefers harder-edged responses – gloomy, but ultra-realistic. Show hope, happiness, or excitement, and she’ll immediately dislike you. Everyone else is a bit easier to befriend, but stay patient and measured with Illyana, and you’ll be rewarded. She’s a good lesson for why you should tailor your approach to each individual hero, and what you know of them.

2. Make friends with everyone, not just your favourites

Marvel’s Midnight Suns lets you pick and choose your favourite heroes to take with you in most battles. While some have required inclusions, you can largely get away with nabbing your favourites and levelling them up on an individual basis. That said, you probably shouldn’t.

As your Friendship with each individual hero grows, you’ll earn more tiered Friendship points. These contribute to an overall Friendship score, which provides new abilities, combos, and benefits as it increases. This appears to be an average score of all your Friendships, with non-Friends bringing your total down.

For the best results, make time and space for everyone, and ensure you’re keeping them all happy.

3. Blade will be your bestie – make sure you upgrade his abilities

If you are looking to pick a favourite hero, Blade is perfect in every way. Not only is he extremely cool in Midnight Suns, he’s also one of the most powerful heroes on your team. His attacks all tend to do Bleed damage, which sap at enemy strength over multiple turns. In addition, he’s fairly easygoing and will respond positively to most dialogue choices.

Spend some time in Hangouts with Blade, chat to him whenever you can, and send him on missions frequently. This will help level up his already-powerful attacks, and make him an essential player on the battlefield – particularly if you can nab rarer Chain cards that allow him to smoke multiple enemies at once.

As you progress in Marvel’s Midnight Suns, you’ll be able to nab rarer Coils. These are essentially the game’s answer to loot boxes – earned through battle, not purchasable with real-life currency at all – and allow you to discover new cards for each hero’s deck. You’re usually offered 3+ cards when you analyse a Coil, with only 1 or 2 saved (depending on your current capabilities).

Where you can, save hero attack cards – rare moves, high-powered blasts, and those with special abilities like quick, bind, or bleed. Prioritise choosing doubles of cards you already have in these draws – you can combine these using Essence to make even basic attacks more powerful.

5. Don’t play on easy, even if you usually do

Every game should have an easy mode. Every game. They provide a great level of accessibility for all players, and keep the action flowing along for those who’d prefer a more relaxing experience. In Marvel’s Midnight Suns, however, easy mode is very easy. It makes most battles an absolute breeze, and removes any sense of real danger from the game. We’d recommend playing on normal mode to begin with, and only reducing difficulty if you really need it.

Within the game, optional missions already have their own difficulties provided, with your choice to tackle harder missions for higher rewards. Playing on easy means fewer rewards, and earning much less Gloss as you complete battles.

Test the waters, but it’s unlikely you’ll need easy for your playthrough.

6. Utilise every action in your arsenal – including moves and items

Each turn in Marvel’s Midnight Suns, you’re granted a range of actions to take – by deploying cards, redrawing cards, moving across the battlefield, playing items, or interacting with special obstacles. As in titles like XCOM and Mario + Rabbids, you should use every action available to take down enemy units. Moves, for example, can be deployed to thump enemies into high-damage obstacles. Redraws can strengthen the deck of select heroes.

Your overall capability will be determined by your Heroism score – which is grown or reduced by playing cards. Strategise well, and you’ll be able to earn a great amount of Heroism at the start of your turn, to be deployed as strong attacks or environmental takedowns in the later half.

There’s a real rhythm to each phase of battle, and you’ll need to perfect it to squeeze the most damage out of your opponents. Think deeply about your turns, monitor your Heroism level, and ensure you’re making the most of every move.

As you analyse your next battlefield, you should take note of enemies with impeding abilities – particularly those that are able to become invisible, cause bleed, chain attacks, or bind heroes. Venom, for example, is a binding enemy – and if you don’t focus your attacks on him first, he’ll wind up disabling your entire team before you can make a proper move.

Focus on Venom, take him out, and then turn your attention to lesser enemies. There’s a hierarchy of villains on every battlefield, notable by design and attack type, and you should learn to recognise who should be taken down first.

It’s not necessarily the strongest villain – it’s usually the one with the most frustrating powers.

8. Use Magik and Ghost Rider for unique Drops

Ghost Rider and Magik are two heroes that use unique attacks to beat back enemies. Both are capable of forming deadly holes on the battlefield, known as Drops, which can cast enemies down to hell or Limbo. Now, they do come with caveats – Drops only last for a few turns, and some enemies are immune to Knockbacks that will force them into a Drop.

But if you’re dealing with an array of Hydra goons, Drops are immense fun. Bring Ghost Rider or Magik with you on your missions, and you’ll essentially end up playing a game of whack-a-mole as you knock enemies into these holes, and push them right off the face of the universe.

You can also beat them the traditional way, but if you’re looking for a strategic advantage, a hero with Drop abilities comes in very handy.

While the overall Friendship score in Midnight Suns does depend on you making friends with everyone occupying the game’s Abbey, you can leave a few out if you wish. Iron Man, Captain Marvel and Doctor Strange feature heavily in the game’s story, but tend to take a back seat in major story and side missions. You can’t ignore them entirely, but you’re very welcome to put them in the rearview mirror.

Life in Marvel’s Midnight Suns is filled with routine. You get up, greet your friends, and set off on wild missions to rally against the demon queen, Lilith. But this routine needs perfecting – and you should set yourself a rhythm early on.

Don’t leap straight into new missions, for example. Take the time to speak your all your fellow heroes, and find out if anyone has new requests for you. Check hero Superlink, compliment your friends if you’re able, pet your hell-hound Charlie. Then, search around the Abbey for Gloss and Essence floating around, take part in Daily Sparring, combine ability cards if you’re able, analyse any Coils, check the Research table, check Hero Ops, and visit the library to speak to Agatha.

If you’ve got any outstanding mysteries in the wider Abbey Grounds, you should also head off to investigate these, and carve a path through the game’s many mysteries. Then, when you’re satisfied and everyone else is as happy as possible, embark on your next mission.

Following this, you may be able to Hangout with your closest hero – or you can just head off to bed. Make the most of your days, and you’ll maximise your overall progress.

11. Make use of Agatha’s Cauldron in the Library

As you journey through the game’s mystical tale, you’ll eventually unlock a crafting forge known as Agatha’s Cauldron. By using this forge, you’ll be able to craft gifts to build friendship with your companions, and also craft a range of other essential items – including Essence.

This Essence can be found around the Abbey, but must be collected in great numbers to power up your heroes, and improve individual abilities. When you run out of capacity to upgrade cards the usual way, head to the cauldron and forge the essence you need.

12. Read Wanda’s Journal in the Library if you’re stuck

In the Library, you’ll find Wanda’s Journal spreadeagled on a small desk. This journal is an essential tool, and should be consulted daily – particularly if you’re having trouble exploring the overworld and discovering Abbey secrets.

As you conquer each phase of the game, this journal will update with new information and clues about how to solve the next mystery – including where each Elemental Rod is hiding. Read the book carefully, travel to the locations it hints at, and prepare yourself for the next phase in this winding tale.

Check out the GamesHub review of Marvel’s Midnight Suns here, and find out why it’s a major game of the year contender. The game is now available for PlayStation 5, Xbox Series X/S, and Windows PC.