Kirby and the Forgotten Land is a vaguely horrifying delight

The demo for Kirby and the Forgotten Land has revealed a stunning platforming adventure.
Leah J. Williams 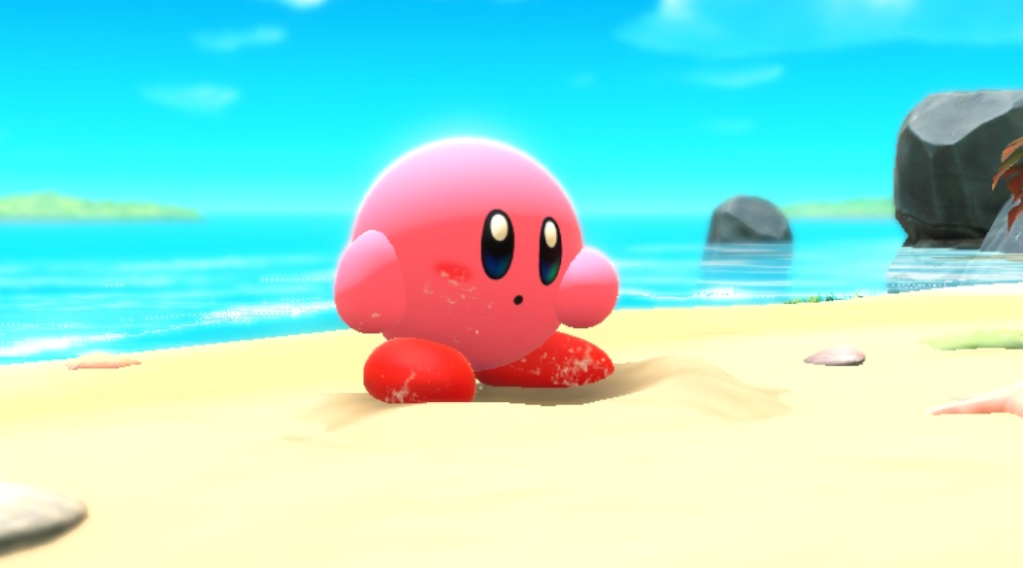 Kirby and the Forgotten Land has received a demo on the Nintendo eShop, allowing players to jump in and experience the first three levels of the game ahead of its launch on 25 March. If you haven’t found the time yet, it’s a must-play experience that gives a very tasty teaser about what’s to come in Kirby’s latest journey.

The game preview begins in Crash Bandicoot-like fashion: after a brief cutscene where Kirby is sucked through a mysterious wormhole, everybody’s favourite pink blob ends up in a jungle paradise surrounded by tall trees. Once he’s got his bearings, Kirby sets off on a romp through a nature-filled level that closely resembles a post-apocalyptic real-life Earth.

The colours shine in this adventure, as does Kirby’s traditional combat style, which has been adapted to a more open plane. While past adventures have been side-scrollers, there’s an easy style translation here. Being able to travel freely does mean you need to exercise a bit more caution to avoid rogue enemies – but Kirby remains extremely overpowered, meaning you don’t need to worry too much about being hit.

As you roam through a number of segmented biomes – the game isn’t truly open world, as many assumed – you’ll have no trouble dispatching enemies with an array of flashy, smooth abilities that help you carve a path through the game’s world.

Really, playing the Kirby and the Forgotten Land demo after struggling through Elden Ring was a massive relief.

As in past games, Kirby can use a number of tools to conquer roaming enemies in this adventure: he can float past them using his impressive flying abilities, or suck them up and absorb their magical powers. Grab an enemy with a sword, and – hey, presto – now Kirby has a sword.

The early demo also gives you access to the classic Ice ability (which allows Kirby to glide like a dancer and breathe ice like Superman), and the Cutter ability (providing Kirby with a boomerang-like blade). All three of the attacks present in the demo have their uses – but it was the Cutter that proved to be most useful because it acts as a hard-hitting, ranged weapon that minimises damage taken.

Also present in the early demo is one of the newest features to the Kirby franchise: Mouthful Mode. It’s from here that the demo starts to get much, much weirder.

Mouthful Mode allows Kirby to transform into another shape by stretching his entire mouth over it – he swallows a car or a traffic cone, and is then able to use the unique abilities of each. In ‘Car Mouth’ mode, he can drive along a track, and smash through obstacles. As a Cone, he can use the tip of his head to smash down onto the ground.

While the Kirby franchise has long been cutesy and wholesome, it’s also typically had a vague sense of horror lurking beneath its surface. Kirby’s enemies are particularly scary, and include O2, a white beast with a single, bleeding eye, a dark wizard named Nightmare, a skull demon called Necrodeus, and terrors like Telepathos and the one-eyed Dark Nebula.

Car Kirby and Cone Kirby feel like natural successors to Kirby’s terrifying rogues’ gallery – as does the world of the game. They might be fun additions to play around with, but they also feel very, very wrong.

While past Kirby games have stuck with a whimsical formula, taking place in dreams or nightmares, Kirby and the Forgotten Land is the first major game in the series to feel inspired by the real world.

Beyond a towering gorilla boss at the end of the demo, there’s nothing too scary about the early chapters of the game, but there is real horror to be found in every leafy corner and desolate path in the game.

In Forgotten Land, Kirby wanders through a concrete jungle of office blocks that have fallen to creeping vines and spreading grass. If you peek through office tower windows, you can see the remnants of real life: office equipment, printers, and desks that may once have been occupied by human life.

In the later parts of the demo, you run into a once-thriving mall, now filled with ruin and covered in moss.

These abandoned spaces are rendered in bright, saturated colours – but they don’t hide that the game seems to take place in a desolate, alternate version of our real world.

Sure, there’s cutesy animals waiting to be saved, secret coins to discover, and plenty of colourful arenas to explore, but playing through Kirby and the Forgotten Land, you can’t help but wonder where exactly Kirby has ended up – or what happened to the people previously occupying these spaces.

The action itself is smooth enough to lose yourself in, but these nagging questions follow every fresh chapter in the game. Is Kirby and the Forgotten Land really set in our world? If so, what strange disaster caused it to collapse? Where did all its people go? Importantly, are they dead?

What does this mean for the strange creatures that populate this planet? What does it mean for Kirby?

As an early teaser for the full game, the eShop demo is a very exciting glimpse at Kirby’s strange future – but we’ve come away with far more questions than answers.

At the very least, there’s hope they’ll all be answered when Kirby and the Forgotten Land launches for Nintendo Switch on 25 March 2022.