Ghostwire: Tokyo has largely been a mystery so far, but a new preview has shed light on its horror roots.
Leah J. Williams 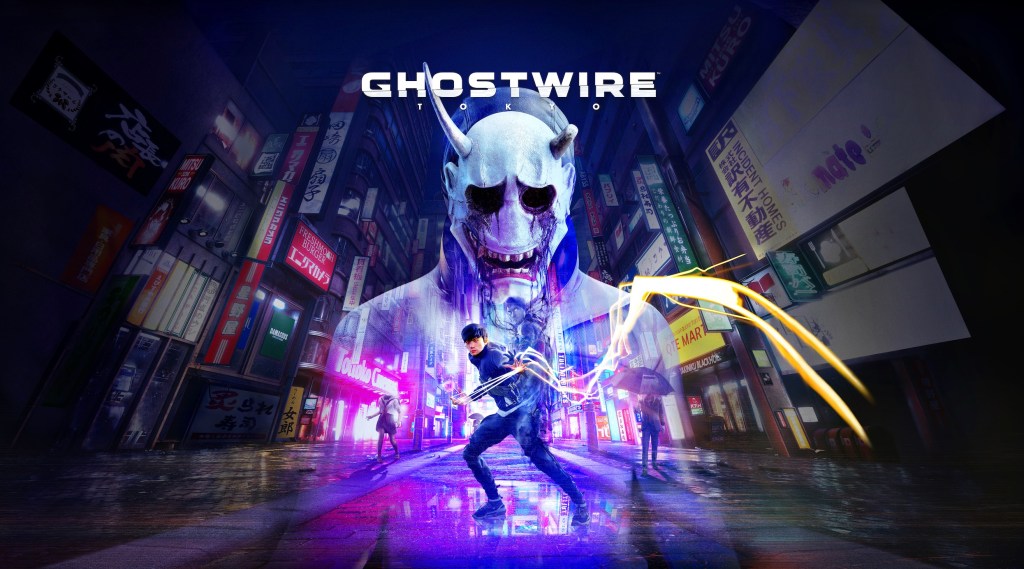 Ghostwire: Tokyo has been shrouded in mystery since its early reveal in 2019. Was it a survival horror adventure, like Resident Evil? Was it more of a narrative-focussed game, as in The Evil Within? Even subsequent trailers skirted these questions, focussing more on the game’s cinematic nature, rather than gameplay itself. But a in a private preview session, Tango Gameworks and Bethesda finally lifted the lid – revealing an unexpected, open world-style journey.

While Ghostwire: Tokyo has previously been described as an action-adventure, it more closely fits the ‘open world, supernatural action’ genre. Think Yo-kai Watch, for adults.

In the game, you play as Akito, a young man who is forcibly bonded with the spirit of KK, an experienced ghost hunter, during a supernatural event in Tokyo. As a wave of magic sweeps over the city, many people perish or turn into wandering spirits, leaving only empty clothes behind.

The only beings left in Tokyo after the wave sweeps through are strange and hideous monsters that move in odd ways, and they haunt fellow survivor Akito on his journey to saving the world.

Each creature that populates ‘new’ Tokyo appears to be inspired by ghost stories from classic Japanese mythology, many of which have since transitioned into the world of popular culture.

One being, a young woman with a medical mask, resembles the Kuchisake-onna, a creature of urban legend who is said to stop passersby, and ask whether they think she’s beautiful. If they say yes, she reveals her face, and a long, ugly scar where her mouth should be. Those who say no are killed.

There’s also malevolent, headless ghosts in schoolgirl outfits, and the game’s most notable enemies: the Visitors.

These strange ghosts wear business suits and have no faces – and while creatures like this have often appeared in pop culture (they strongly resemble both Slenderman and The Gentlemen from Buffy The Vampire Slayer’s famous ‘Hush‘ episode), they’re made unique by the way they move.

Visitors approach Akito in jerky, strange movements that appear to resemble a human walking gait with several animation frames missing. They lurch and tiptoe, shuffling forward much faster than feet would normally carry a person, making their entire presentation seem straight out of the uncanny valley. They’re awkward in a way, but very imposing, and every encounter with them was stomach-churning.

As they shuffle and inch closer, they reach forward with long, spiny fingers, often too fast to react in time.

While Ghostwire: Tokyo arms you with powerful magic that will help you fight back against these creatures, the horrible nature of the game’s enemies and they way they interact with the open world means that even though Akito is a walking weapon, they still generate skin-crawling fear.

Akito has a number of magic abilities in his arsenal

Why Akito is chosen as the saviour of a post-devastation Tokyo remains unclear, but the bond between himself and his new spirit guide is strong enough that it imbues him with strange magical abilities, which are unleashed via kinetic hand signs. Slashing at the air, Akito can use ‘force push’ type attacks, as well as a glowing finger gun which damages roaming ghosts.

These abilities help him to defeat the creatures which have taken over Tokyo, and also allow him to free wandering spirits by bringing their souls to rest. Some of these, like the little girl spirit Zashiki-warashi, reward him with tokens and ability upgrades.

As Akito wanders Tokyo, he’ll come across many innocent spirits wandering free – as well as a world taken by dark forces. The streets of Tokyo are littered with beasts, and the world itself glitches in and out, like reality is struggling to break free from control.

In one moment shown off in the early gameplay preview, Akito becomes trapped in an apartment block by a magical ‘barrier’ – this warps the world around him, causing perspectives to warp and shift as up becomes down, and left becomes right. The walls of his apartment start to bleed, and even brickwork becomes sinister as Ghostwire: Tokyo uses video game trickery to warp even player perspectives.

The whole experience is laced with an unsettled feeling – and while you do get given tools to face down Akito’s enemies, the streets of Tokyo are made to feel so strange, empty and uncanny in the game that there’s a genuine sense of unease throughout.

Horror fans will be delighted by the fact.

True horror doesn’t come from over-the-top gore or shock – it comes from strange, quiet and unexpected moments. It comes from the uncanny valley, where human-like creatures exist and defy ideas of humanness. It comes from long, creeping fingers reaching around dark corners, or from ghosts that linger in your vision, even as you blink them away.

It comes from creatures that move too swiftly to counter, who leer and paw at you, and smile with too many teeth.

Ghostwire: Tokyo looks set to be a true horror game. While it does lean into action-adventure tropes, and Akito doesn’t appear to be the typical, helpless protagonist, this game still probably isn’t for the weak-hearted or easily scared.

We’ll learn more about Ghostwire: Tokyo and its strange cast of beings as we get closer to its release date on 25 March 2022.