Meta and mathematicians: The world of Genshin Impact theorycrafting

A small subsection of Genshin Impact players are dedicating themselves to learn how to play the game most efficiently: with spreadsheets.
Samantha Low 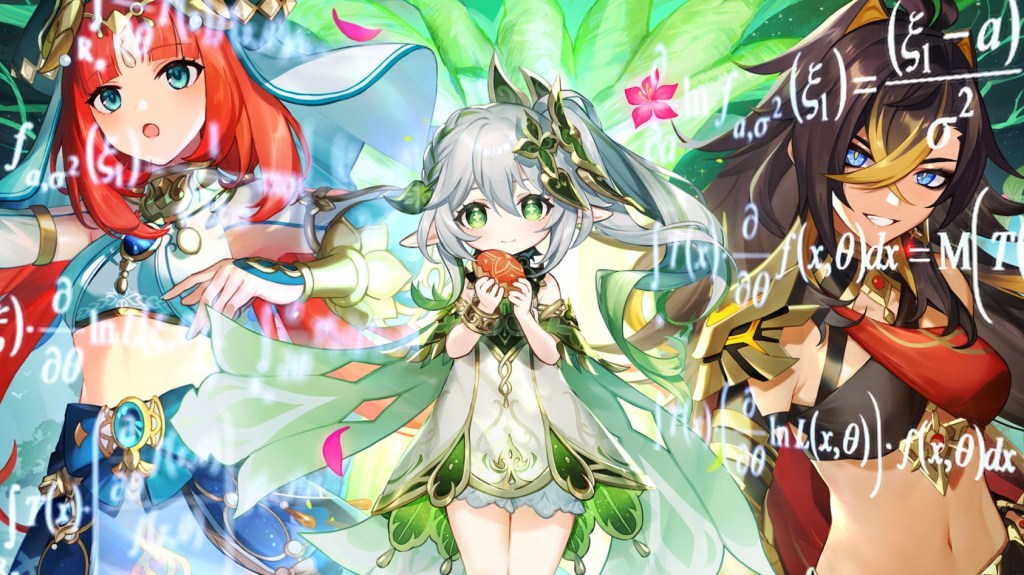 When Genshin Impact was first released, Twitch streamer Migo_os saw a lot of similarities between this gacha RPG game and one of his first video games, Pokemon Red.

‘At the surface level, Pokemon is just a game where you push buttons and things die. But as you advance, you’re forced to either learn how the game works, or you grind to overpower challenges with brute force. Genshin’s game mechanics – such as the limited party number, character rotation and elemental reactions reminded me a lot of Pokemon, which is what initially caught my interest.’

Read: Is Tower of Fantasy the Genshin Impact killer it’s touted to be?

Migo is not just your casual Genshin player. He’s an active and well-respected part of the Genshin community subset known as ‘theorycrafters’. Theorycrafting, the mathematical analysis of game mechanics, has long been a mainstay in many multiplayer games, as a means to gain a competitive advantage. Though Genshin lacks player vs. player (PvP) functionality, the game’s finite resources, unpredictable gacha, and the challenging ‘Spiral Abyss’ (Genshin’s only form of end-game content) has made following the ‘meta’ – that is, the most effective tactics available in-game – as well as min-maxing and statistical game analysis a popular way to play.

‘Broadly speaking there’s a Chinese side to theorycrafting and a “Western” [English-speaking] side. The Western side may have started through a few individuals coming together to figure out how to build their characters – this we now know as the website and Discord server, KeqingMains. Another prominent figure is a channel called JinJinx and Tuner, originally a Monster Hunter theory crafting channel that transitioned to Genshin Impact.’

For Migo personally, starting to see some of the older theorycrafters he followed move away from the game is what inspired him to start doing it himself. He’s since been streaming for over a year, to an audience of hundreds, who come to see him break down Genshin ‘mafs’ into digestible information. The main visual? Google Spreadsheets.

‘Players come to my stream because while they can test in-game, they may not be adept or familiar with the math skills needed to calculate battle mechanics. It’s easy to get swayed by “damage per screenshot” when you see someone post a large number on Twitter. But the truth is that build might be 5% Crit Rate and 300% Crit Damage, which is completely unrealistic.’

‘I stream “sheets” to help people that are not familiar with the game math, as well as to help isolate conditions in a much more tangible and less chaotic format. When everything has been simplified into numbers on a page, it’s clear which path will lead you to do more damage.’

The intricacies of the game make it very difficult for anyone to give you an empirical truth as to what is best. The sheer number of variables such as elemental resonance, individual character synergies, set bonuses from holding different artefacts and weapon skills, create an infinite number of scenarios. Not discounting the random number generator (RNG) element, which means no two Genshin Impact accounts are ever the same.

‘My approach is to start small and practical. I have different buttons, so let’s try pressing them one by one to figure out what they do. I have an array of weapons, several artefact sets and I also have these characters. These are my puzzles pieces, so what combination of them will help me overcome this boss,’

Sevy, a content creator, also takes a pragmatic approach to her guides. Hailing from the Philippines, Sevy is a Twitch streamer and YouTube guide maker who is most known for her informative yet easy-to-understand Genshin videos breaking down concepts, Spiral Abyss tips, and recommending character builds.

‘I was terrified to start creating content because of how intimidating the theorycrafting space can be. But female guide makers are few and far between in the Genshin community so I decided to give it a try. In my first videos, I focused on micro topics like comparing weapons in Genshin. As I grew my knowledge on the game and became more confident, I began sharing more informative work. I realised that a wide percentage of the player base may want to do more damage or clear content quicker but they aren’t necessarily into the math. My role is to help these players bring out the best of their characters.’

The hotly anticipated Genshin Impact 3.0 update has brought players the ability to use Dendro, a new grass-based element. Videos like those made by Sevy and her team (an editor, and Migo in a theorycrafting capacity, to help verify her findings) have been useful to understand how Dendro works, the multitude of reactions that stem from it and how this additional element has shaken what most players would consider ‘meta.’

In Genshin Impact, those commonly lauded for being meta-defining are characters like Xingqiu, Bennett and Raiden Shogun for their flexible support, ability to act as batteries for the team and high damage potential. Still, what is considered ‘meta’ changes all the time, when new characters, bosses, weapons and artefacts are introduced with every update. Some players find chasing the meta frustrating and that it contributes to toxic behaviour within the community as ‘less-meta’ builds and characters can become the subject of scrutiny and ridicule. Both Migo and Sevy have different interpretations of what meta might be, as a way to evaluate characters by putting them on equal footing and as an aim to aspire to when clearing content.

‘From the game math I’ve seen, Hoyoverse has done a good job at balancing their characters. Players shouldn’t worry about wasting primos or stressing over using a “non-meta” character. Chances are, there are ways to theorycraft to make any character work to clear content. Ultimately just go for the character that makes you happy,’ says Migo.

With so much complexity at play, both Migo and Sevy admit that most Genshin Impact players still don’t understand how the game works. This is not through any fault of the players when Genshin itself doesn’t do the best job at explaining these often hidden mechanics, which is how communities have flocked to theorycrafters in the first place.

Battling too, is just one aspect of Genshin – there’s also open world exploration, a captivating story to follow, building a home inside your teapot (a la Animal Crossing) and mini-games to pursue. It leaves one to wonder if Hoyoverse was deliberate in this choice, allowing for a variety of play style with different focus points, and theorycrafting simply being one very mathematical way of beating Teyvat.