Is Tower of Fantasy the Genshin Impact killer it’s touted to be?

The free-to-play game has Genshin Impact in its sights, with more than a few striking similarities. We compare the two.
Samantha Low 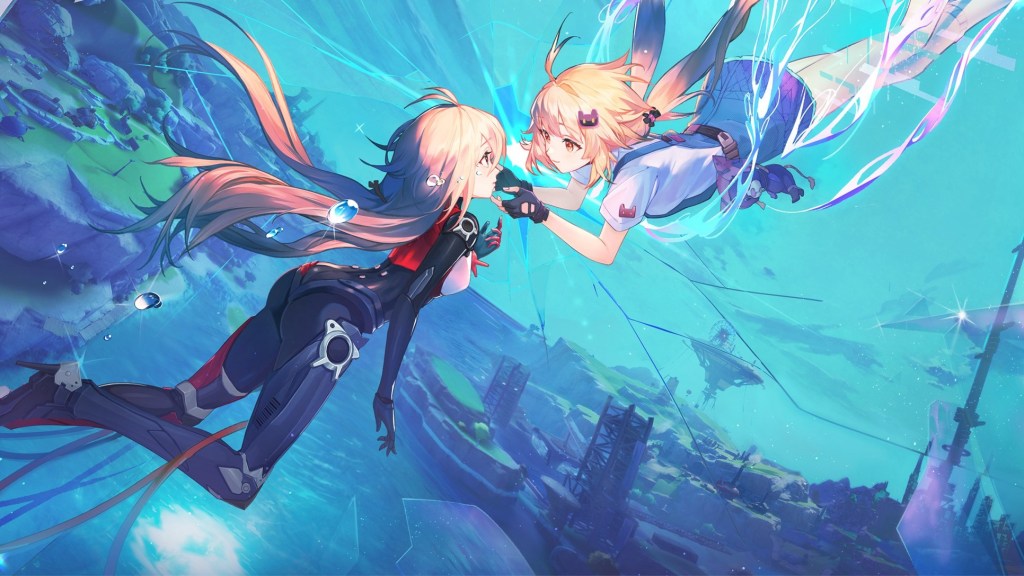 It’s an open-world RPG with beautiful characters, an anime aesthetic, and fast-paced combat that revolves around a character-swapping mechanic to maximise damage. No, it’s not Genshin Impact, but you’re very close.

Since the global success of the aforementioned gacha giant, many have wondered if another Genshin-like would follow in its footsteps. The answer, of course, is yes – and one of the latest to join the fray is Tower of Fantasy, by Hotta Studios and Level Infinite (Tencent).

Simplifying Tower of Fantasy (ToF) by calling it a Genshin-like feels derogatory, but based on how Tower of Fantasy marketed itself at launch, it’s hard to imagine that it wasn’t set up to be a direct Genshin competitor. With Genshin content creators jumping aboard the sponsored content ship to promote ToF, digital ads that seemed to specifically target the average Genshin player, and controversy surrounding Tower of Fantasy farming Genshin reviews and passing them off as their own to improve their rating on the Apple App Store, the fate of both games just seem much too intertwined for their similarities to be a coincidence.

The results of this marketing campaign were palpable, however. Tower of Fantasy enjoyed an explosive global launch day with more than 267,000+ active viewers on Twitch. Genshin Impact, by comparison, had its viewership knocked down to just 3,500+ at the time.

But drama and marketing aside, what really matters is how ToF plays – just how Genshin-like is it?

Stories about the future and the past

Set more than 500 years in the future, Tower of Fantasy takes place on a ravaged planet called Aida. It revolves around an unstable energy source called Omnium that once devastated humanity in an explosion. It was the catalyst for the creation of two factions: the pro-Omnium Hykros, and the anti-Omnium Heirs of Aida. Against this political backdrop, you begin your journey. Little is known about your main character aside from them being mid-mission with a partner before falling unconscious, and waking up at the Astra Shelter with no memories.

Genshin is far less sci-fi and more ‘ye olde fantasy’ with its mix of classic German-inspired architecture in Mondstadt, Chinese culture in Liyue, and Japanese folklore and fashion in Inazuma.

That said, there are some key similarities. For example, in Tower of Fantasy, as in Genshin Impact, the opening features a pair of characters mid-fight with an unknown god. Both games start with players choosing between a male or female-presenting character, and strangely enough, memory loss post-epic battle is a recurrent theme between them. On paper, it seems like a case of choosing your personal preference: Sci-fi or fantasy?

But as amusing as these similarities are, ToF is still in its infancy. t wouldn’t be fair to compare plot and story just yet – and what really matters is how they both play.

Both Tower of Fantasy and Genshin Impact’s core gameplay loops lie predominantly in world exploration and combat. In both games, you unlock new areas in a sprawling open-world map by interacting with the overworld’s puzzles, uncovering chests, and unlocking new checkpoints (‘Spacerifts’ in ToF, ‘Waypoints’ in Genshin) that will help you teleport from location to location.

Genshin players are limited to walking, running, climbing, and gliding, while ToF’s mobility is far more ambitious. You can get everything from double jumps to airdashes, jetpacks, vehicles, and even drones as means to carry you through the world. As cool as some of it is, it feels largely unnecessary, and in some cases, a bit janky, as the game can’t seem to keep up with the speedy movement from a technical perspective.

When it comes to combat, ToF is essentially a straightforward hack-and-slash style system with a few combinations made possible through tossing in a jump or a dodge as you launch your attack. You can hold up to three Simulacra – essentially, weapon-characters that you can swap to switch up your fighting style.

When fully charged and equipped, these weapons can ‘discharge’, unleashing a much more powerful moveset, however, this doesn’t create much synergy between the Simulacra as they operate independently of one another.

In contrast, building optimised team comps and planning out character rotations to cause elemental reactions is at the core of Genshin’s combat system. Fighting in both games can happen in the overworld against small mobs or bosses or through challenging domains, but only ToF has PvP, a feature the Genshin Impact community has been asking for since the game’s launch.

Gacha will always be the gotcha

Of course, this wouldn’t be a complete commentary on ToF and Genshin without mentioning the all-important gacha system, a ‘slots’ mechanic for players to spend in-game currency for a chance at getting their desired characters.

Both games use a variety of banners with different drop rates for four-star/SR and five-star/SSR characters. ToF players spend Gold Nuclei, Red Nuclei and Proof of Purchases on their Simulacra, and Matrix banners that guarantee an SR character or Matrix (equippable material to boost stats) with every 10 special orders, and SSR at every 40 or 80 special orders. The base probability of getting an SSR per special order, however, sits between 0.75% and 1.7%.

The Genshin equivalent of these figures are a guaranteed 4-star at 10 wishes, a guaranteed 5-star at 90 wishes, and 5-star drop rates at a paltry 0.6% per pull.

Unlike Genshin Impact, where players scrimp and save to accumulate Intertwined Fates and Acquaint Fates to wish, ToF also has an additional Black Nuclei banner, which is much easier to farm through world exploration but has no ‘pity’ system that guarantees SRs or SSRs.

In the grand scheme of the gacha genre, these are both significantly low rates as most other games seem to range at least between 1-10% to pull in a top-tier character or weapon.

Genshin has somehow managed to keep its players despite this, presumably because the fanbase for its characters are so strong. Many pull for the ‘meta,’ i.e. the strongest damage-dealer or support character, but just as many pull because they love someone’s personality, design or voice actor.

ToF is lacking in this emotional factor, as the main character is already customisable by the player. Simulacra are typically used for their weapon only, meaning the game character associated with it isn’t deployed at all. In addition, very few Simulacra are introduced in the early story, which makes it difficult for players to develop a connection with the character. As a result, ToF’s gacha feels far more utility-based.

Overall, beneath the waifu and husbando-riddled surfaces are two highly complex games with as many similarities as there are differences. When weighed together, ToF actually appears to provide more features and content than Genshin.

Some of it, such as the MMO aspect (equating to unlimited multiplayer), the inclusion of PvP, character customisation and at least one banner where a 10-pull a day is actually possible, are strangely close to addressing many of the pain points that the Genshin community have wanted developer MiHoYo to tackle for a long time.

But a game is more than the sum of its parts. ToF lacks the refined finesse of Genshin due to its over-engineering of game mechanics. In some respects, the overall visual sheen isn’t quite at Genshin’s level, and characters aren’t given the space to tell their stories

Nevertheless, real competition between the two gacha giants is only going to benefit genre fans. Tower of Fantasy might not exactly be a Genshin-killer, but having both fighting for the same space and audience might just be the motivation the developers need to meaningfully improve their game and make each experience that much better for their communities.