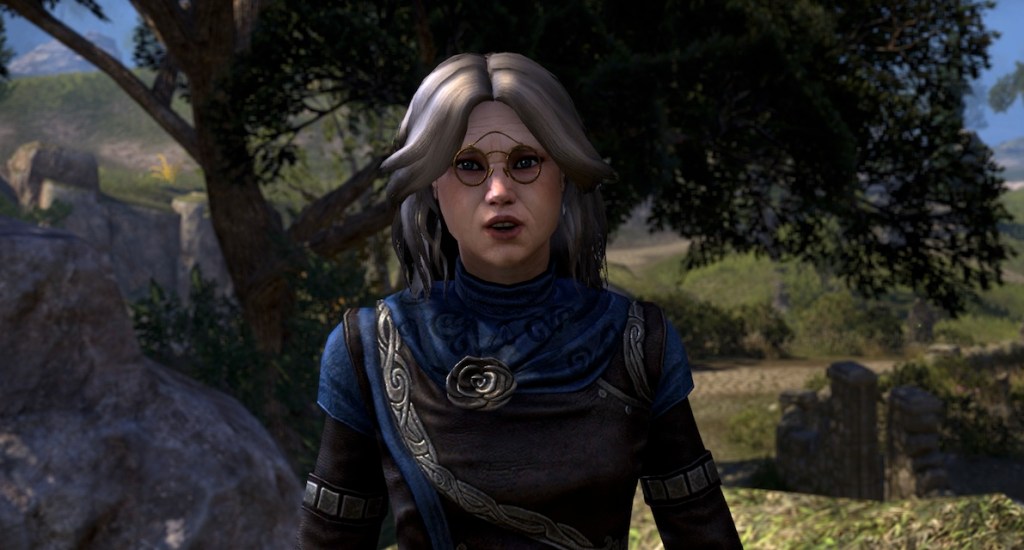 In an interview to support the launch of The Elder Scrolls Online: High Isle, I asked Rich Lambert, Creative Director of the franchise, whether High Isle was inspired by the tumultuous politics of the real world. While he didn’t believe so, it’s hard not feel like that’s the case. The new game expansion delves deep into the realm of fictional politics, with a strangely relevant story filled with familiar tropes.

This is a more grounded expansion for The Elder Scrolls Online, one that focusses on human conflict over god-like beings or invading monsters. There’s no spooky big bad hiding in a magical realm here – instead, the pace of the story and exploration is far quieter and more realistic. It makes for a story that’s more intimate and personal – one that heavily explores the concept of political power, and how it can be abused.

Primarily, The Elder Scrolls Online: High Isle focusses on an event called the Three Banners War. When players enter High Isle, this war as slowly drawing to a close, with a peace talk delegation being established to round off an awful chapter in Tamriel history. The only problem is that many of the delegates are going missing, falling victim to pirates or the mysterious Ascendant Order.

But while you attempt to discover who the Ascendant Order and its Magus are, the citizens of High Isle unwittingly aid the smokescreen around their identity – with many denying the group exists at all, giving in to conspiracy theories about the crown, instead.

The attitude towards the Ascendant Order is largely one of ignorance – nobles in their high castles turn their nose at the concept of a dark organisation looking to sew chaos in society. There’s a touch of ‘fake news’ about this plot line, a relevancy that isn’t heavy-handed, but certainly worth noting. As in the real world, the citizens of High Isle prefer to live in ignorance, rather than confront the boogeymen lurking under their bed.

So it falls to the player and a covert group of operatives – Lady Arabelle Davaux their leader – to investigate this shrouded political espionage.

The journey takes players from the shores of High Isle, to the pirate-infested Dreadsail Reef and further still, to the noble Steadfast Manor, the glimmering Castle Navire, and beyond. In each location, you’ll discover a rocky trail which will lead you closer to the Ascendant Order – although there’s always obstacles standing in the way of the truth. Some NPCs will aid you on your quest, while others will attempt to divert your course, whether through sheer ignorance or support for the growing Ascendant faction.

It’s up to you to gather the clues, despite the subterfuge, and work towards parsing the true identity of the Order, and why they’re so hell-bent on disrupting the peace of Tamriel.

In that regard, High Isle is quite different to other Elder Scrolls Online expansions.

Rather than simple fetch quests, it contains a layer of intrigue that requires a fair bit of detective work. While the game is still structured around guided investigation points, there are a lot more areas where you’re required to search for items yourself. The clues you find about the Ascendant Order also tend to be vague, leaving a lot of room for interpretation and speculation.

Beyond the detective work, and the strange parallels with real world conspiracy groups, the Ascendant Order plot is also aided greatly by a number of fantastic battles with new enemies in fresh terrain types.

Pirates feature heavily in this expansion, with many of the game’s new Delves, Dungeons and Trials revolving around swashbuckling defeats. Some of these are bit too rough for solo players – I was completely minced in my attempts at the Dreadsail Reef Trial – but because enemies level alongside players, most of the Dungeons are surmountable, with just the right amount of challenge.

And speaking of challenges – there’s certainly a lot of them in High Isle, many of them magical in nature. While the game’s main plot is relatively low key, on its outskirts, you’ll still find terrifying sea monsters, and plenty of other creatures to farm for experience points.

In one delightful aside, I was wandering High Isle in search of a mysterious letter, only to be attacked out of the blue by a ghostly pirate ship, which proceeded to summon a bony behemoth for me to fight.

This wound up being a very welcome distraction from all that spicy political intrigue, and effectively helped inject High Isle with a much-needed sense of excitement. While the Ascendant Order plot is intriguing on its own, the action is largely dialogue-based, which can make the pace feel slow.

But when a ghost pirate ship pops up, it’s certainly a nice surprise that makes the entire experience feel more balanced.

Another addition that makes this expansion sing is Tales of Tribute, the fresh new card-based game that players can learn in a dockside tavern. Because High Isle is a slower-paced story, it opens up the possibility of simply ‘living’ in the game’s world. There’s no real sense of urgency in the plot – it’s not a world-ending story – so you can feel content kicking back and playing cards, in line with the luxurious lifestyle of those living on High Isle.

In the preview version of the expansion that GamesHub had access to, the build of Tales of Tribute was missing assets and did have some janky features – but even in this build, it was a solid and enjoyable experience.

This game-within-a-game is essentially a deck-builder inspired by Dominion. You face off against another player, and attempt to place cards that will gain you prestige points to win the battle. Alternatively, you can play on hard mode, and attempt to placate each of the game’s major patrons to favour you in battle.

If all of them favour you, it’s an instant win.

The art here is very pleasant, gameplay is simple to understand, and it’s a refreshing break from the politically-charged atmosphere of the main narrative. Whether you’re a fan of card-games or not, the basics are easy to learn via a quick, voice-narrated tutorial – and after that, you can face off against NPCs to earn your crown as the top Tales of Tribute player.

It’s strange that it’s taken The Elder Scrolls Online so long to introduce a game like Tales of Tribute, but it makes perfect sense for the world of High Isle – particularly as this world is largely populated by vapid, rich nobility with money, influence, and time to spare.

Read: Tales of Tribute is set to spice up life in The Elder Scrolls Online

With the entire realm populated by nobles who prefer to ignore the conflict arriving on the shores of High Isle, it’s a rich and luxuriating city that’s actually in far dire straits than it realises. It’s a city in need of a detective, one hardened by the many battles they’ve faced. While you’ll largely be using their head in this tale, it’s always a good idea to keep your sword sharp, or your axe handy as the Ascendant Order flocks to battle.

The Elder Scrolls Online: High Isle is full of surprises – and not all of them are pleasant. Keep your wits about you, and you may just survive long enough to uncover the conspiracy waiting in the heart of the noble and proud region.

The Elder Scrolls Online: High Isle is set to launch for PC, Mac, and consoles on 6 June 2022.