Elden Ring introduces an open world and a few new empowering mechanics to the Dark Souls recipe, but it's still as challenging and fearsome.
Edmond Tran 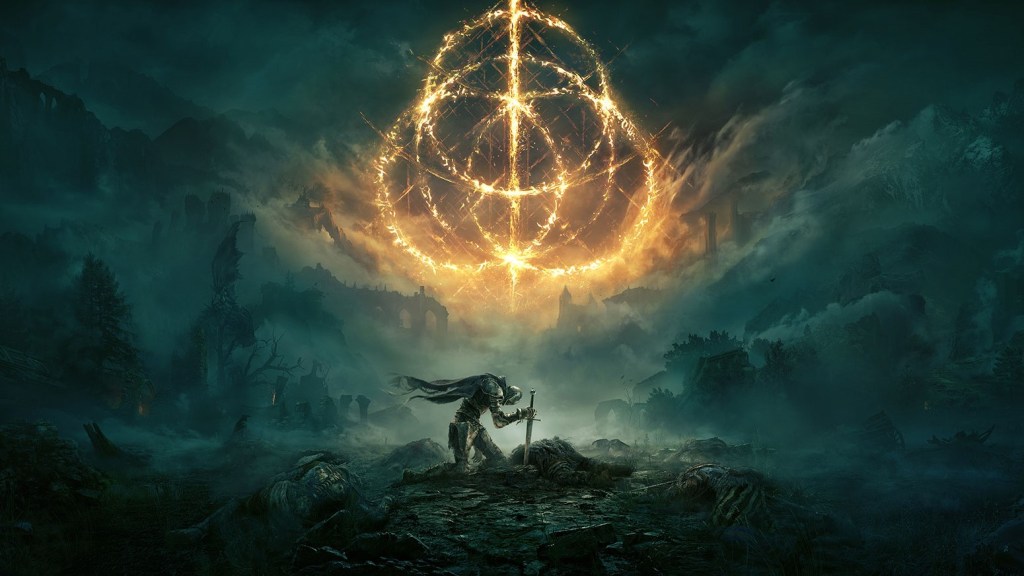 Before playing Elden Ring for myself, I had some reservations. That might come as a surprise, because there’s an exceptional pedigree behind the game.

It’s the latest in the long line of Dark Souls successors, an influential dark-fantasy action RPG series I enjoy and respect, as do countless others. The project is led by longtime director Hidetaka Miyazaki, and also features the much-publicised involvement of George R.R. Martin (A Song of Fire and Ice, adapted into Game of Thrones) in the game’s narrative worldbuilding.

My two big questions before going into Elden Ring were this: Will Elden Ring feel like a meaningful evolution of Dark Souls, or is it just Dark Souls in an open world environment? And will that open-world environment, the biggest divergence from the signature format of the series, actually be interesting to engage with?

I thought I had seen everything after about four hours with Elden Ring’s closed network test, which was provided to GamesHub by Bandai Namco a week before its public deployment. Encompassing one small region of the full map, I had made my way through the game’s critical path, with a few diversions here and there.

I’d snuck through a forest, silently taking out guards along the way using the new stealth mechanics. I’d attacked a soldier’s outpost by charging through its many inhabitants with my horse – another addition to Elden Ring.

I’d stormed a castle under ballista fire and made steady work of a surprising number of soldiers (and one imposing and grotesque giant, which I ran from).

I’d faced off with and finally defeated the primary boss enemy, Margit The Fell Omen, after a dozen attempts. Then I spent some time making my way into Stormwind Castle until a message told me I had reached the end of the available content. It was a pretty good time.

Then, I got talking to a fellow Souls fanatic who I knew had access to this test, and we started to debrief.

‘I think I saw a jellyfish.’

‘Did you fight the weird cat statue?’

Even in the relatively confined starting section of the Elden Ring closed network test, it’s clear that this world still contained a lot of mysteries I hadn’t seen. So I dived back in, and began to explore some more.

I discovered whole chunks of the map that I hadn’t yet travelled through, and ones I thought were inaccessible at first. I discovered entrances to caves and dungeons I must have run past a dozen times. I encountered unexpected enemies, new boss characters, and some bizarre friendly characters. I spent about 10 hours exploring this small portion of the map, and even then I wasn’t sure I’d discovered everything.

Two things struck me about this: the first was that all of this was optional, and I could have easily missed it had I not caught wind of what else might be out there.

I’m accustomed to the relatively contained and intricate environments of the Souls series, exploring every nook and cranny from wall to wall. Elden Ring has plenty of these kinds of environments – the aforementioned dungeons and Stormwind Castle are a few examples – but my mistake was thinking that the open world was simply a path to those stages.

The second realisation was that exploring the paths less travelled in this open world was just as trepidatious (at best) and terrifying (at worst) as your usual contained Souls environment.

Take the jellyfish example. When I finally found the location where the jellyfish supposedly was, the environment was dark, windy. Elden Ring features a day/night cycle that affects your visibility and presumably some enemy behaviours. Then, I spotted it. A lone, glowing jellyfish perched on a high cliff, shining like an alien beacon. Another floating into view. It was spooky.

After some further exploration, I finally found a way up the cliff and, well… I won’t spoil it, since that’s the fun of Souls games, but it was a delightfully hair-raising experience.

The primary path forward was pretty clear, and there were environmental clues to point me in the right direction. But by contrast, everything else is only there if your curiosity takes you to see it. There are new challenges to help you better your character, as well as items, spells, and equipment to be found, but the game barely makes any effort to push you to those far reaches.

Once you get your first taste of the unexpected, no matter how harrowing, your curiosity will be the thing to push you forward and see what other surprises await. You’ll want to run out and talk to more people playing the game and trade sightings and stories.

‘Did you find the two giants pulling the carriage?’

‘What do I do with the Dragon’s Heart?’

‘Did you find the cave by the beach yet?!’

‘THERE ARE BIRDS WITH SWORDS ON THEIR FEET!’

At first glance, Elden Ring seems to take a lot from the Dark Souls playbook. Everything about the user interface and inventory system is near identical. The fantasy scenario shares a lot of similarities. The structure has some expected ideas – the first thing you see when you step out into the open world of Elden Ring is a boss. A giant, golden-armoured knight riding on horseback who will absolutely destroy you until you come back later.

After a bit of time, it was clear Elden Ring had absorbed many of its mechanics from the FromSoftware games that followed Dark Souls – I’m reminded especially of Sekiro, because of the inclusion of stealth and a dedicated jump button, which feels like a paradigm shift for the typical Souls-like.

Your Souls characters have never had the potential to be so capable. Parrying attacks with precise timing is still an option, but you can also use the new Guard Counter technique, which lets you stun an enemy directly after a block and is much easier to pull off, at the cost of a longer animation if you miss, leaving you vulnerable.

The option to jump at will brings the ability to perform overhead strikes too, which can stagger enemies. Your character can gain the ability to craft tools and items at any time with ingredients they’ve collected, and of course, you can summon a nimble horse that allows you to perform relatively safe hit-and-run attacks, in addition to being a useful tool for covering lots of ground.

The ability to summon the spirits of creatures or humans to help you in combat when playing solo can also greatly alleviate some of the burden when tackling particularly tough bosses or areas. The distribution of places you can respawn from (Sites of Grace) feels very generous, and you can instantly fast travel to one from almost anywhere on the map.

All of these things make you feel far more in control right off the bat than any Dark Souls has in the past. But to balance that out, the situations that Elden Ring throws you feel much more challenging, making you feel just as overwhelmed as they have in the past.

Elden Ring puts its more open spaces to good use in this starting area. Enemy groups usually contain numerous individuals, and while you can reduce their number one by one using stealth tactics, failing to do so means you’ll be swarmed by far more enemies than I ever remember seeing in previous games.

Enemies can get the jump on you too – there was a few instances where I wandered into the middle of an area, only for a number of enemies to pop out from hiding in the bushes surrounding me.

Even with all the additional tools at your disposal, Elden Ring still has plenty of scenarios that can make you feel utterly helpless. Up to four people can band together in cooperative multiplayer, but even that may not be enough to save you.

More open spaces also allow for larger enemies to roam freely and chase you across greater distances, and even on a speedy horse, you’re still not completely protected from one good, clean hit that sends you to the grave.

This small section of Elden Ring had me completely enthralled, eager to see what else I could find within it. Despite the wider, more open spaces and the increased tools at my disposal, I never lost that strong sense of apprehension no matter which direction I headed in.

There is a lot to discover, and a lot more to talk about. But most of those things are probably best experienced for the first time on your own, whether that be in the closed technical test, or when Elden Ring releases in February 2022.