What is the Dungeons and Dragons OGL?

Wizards of the Coast has taken the new OGL back to the drawing board. But what's all the controversy actually about?
Emily Spindler 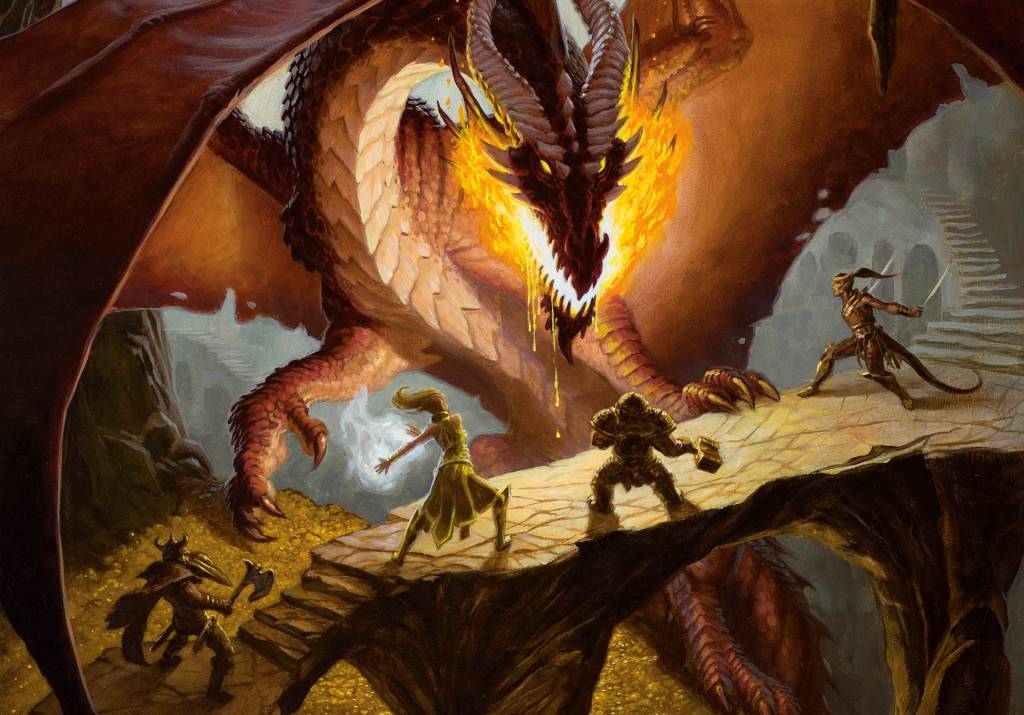 Image: Wizards of the Coast / Hasbro

Wizards of the Coast, publisher of Dungeons & Dragons, has recently come under fire for its leaked D&D Open Game License (OGL) update, which has subsequently gone back to the drawing board for a second time. The OGL has been in effect for over two decades, and while the original document itself is roughly one page long, proposed changes to it have caused major headaches for Wizards of the Coast and D&D fans alike. But what exactly is the OGL, and what’s all the fuss about? We take a look back at the history of the Open Game License, the current controversy, and why it matters.

What is the OGL?

The Open Game License is a licensing agreement originally published by Wizards of the Coast (WOTC) in 2000 that grants permission for content to be freely created using D&D’s basic ruleset. The original document (v1.0a) is short and sweet, giving anyone a ‘perpetual, worldwide, non-exclusive license’ to certain game content. The aspects of the game that can be used under this license are outlined in the Systems Reference Document (SRD), and include things like classes, spells, and races.

Specific characters, like Tasha and Xanathar, or settings such as Waterdeep aren’t included and fall under regular copyright licensing.

The agreement also states that should the document be updated, licensees may use ‘any authorised version of this License to copy, modify and distribute any Open Game Content originally distributed under any version of this license.’

In a 2004 FAQ on the document, Wizards of the Coast clarified that this section (Section 9) meant that ‘even if Wizards made a change you disagreed with, you could continue to use an earlier, acceptable version at your option.’ In the same FAQ, WOTC said there would be no reason to ever make a change that the community using the OGL would object to, as the community could continue to ignore the change under the original license.

The OGL has allowed the D&D community and professionals to freely create their own campaigns, settings, and supplementary material and distribute them for over 20 years. Third-party publishers like Kobold Press, Paizo, and Green Ronin publish content almost exclusively under this license, too.

Given that Dungeons and Dragons has amassed over 50 million players as of 2020 off the back of a community centered on sharing and creating open-source content, many suggest that the OGL has played a major part in its upwards trajectory in the game’s 49-year history.

While the original OGL has allowed the D&D community to thrive and grow, it’s not been without previous changes and speculation of discontinuation. In 2008, with the release of Dungeons and Dragons 4th edition, came a more restrictive licensing agreement called the Game System License (GSL).

This was met with criticism as it seemingly put a stop to the ability to freely create and share materials within the community and industry. Despite this, D&D 5th edition saw a return to the OGL with an updated SRD, with those that publish content through the official Dungeon Master’s Guild storefront able to use intellectual property previously not included in the SRD, albeit with a 50% cut of sales taken by Wizards of the Coast.

With the 2022 announcement of One D&D, the next ‘evolution’ of the game system, rumours began that the OGL would not be continued in the upcoming new edition. WOTC responded to these rumours in a December 2022 statement, acknowledging that the agreement needed an update to ‘ensure that it keeps doing what intended to do – allow the D&D community…to grow the game we all love – without allowing…large businesses to exploit our intellectual property.’

The publisher said the new version (v1.1) would be released in early 2023, and assured the community that these updates would not impact them or be unnecessarily restrictive.

However, prior to the official release of version 1.1, a draft document was revealed by io9, with some major changes to the original rules and intentions of the OGL. The draft states that OGL 1.0 is no longer a valid license agreement, effectively putting an end to the clause allowing creators to choose which license they adhere to. On top of this, the draft states that this updated license only applies to printed media and static electronic files (such as PDFs), with other forms of content including graphic novels, videos, podcasts, and games only allowed to be engaged in ‘to the extent allowed under the Wizards of the Coast Fan Content Policy,’ or a separate agreement. It’s important to note that the Fan Content Policy only allows for content to be distributed for free.

Content created under the new OGL would need to be registered with Wizards of the Coast, with the draft stating that the publisher would also receive a ‘nonexclusive, perpetual, irrevocable, worldwide, sub-licensable, royalty-free license to use that content for any purpose.’

Other changes include a section stating that the agreement may be terminated if bigoted content is published under the license, and a stance on NFT and blockchain use of Dungeons and Dragons intellectual property. It also introduces a royalty ‘tier’ system which would mean creators or publishers earning over $750,000 USD in a calendar year would need to pay 25% of ‘qualifying revenue’ over this amount.

The leaked draft has been met with considerable backlash from the community and industry, with many calling for boycotts of Dungeons and Dragons products. Prolific content creators like Ginny Di suggested that fans could make their opposition to the changes heard by cancelling their subscription to D&D Beyond, leading to the servers temporarily crashing. Others in the industry, including the original OGL co-creator Ryan Dancey and the highly-popular Critical Role podcast have also weighed in.

The controversy has been so widespread that Wizards of the Coast announced that the release of version 1.1 has been cancelled, with a new update in the works that seems to be taking on board community feedback.

In a statement, the publisher outlined that they had three goals for the OGL update; ensuring major corporations are not benefitting commercially from Dungeons and Dragons content, preventing discriminatory products, and preventing blockchain, web3, and NFT products under the license.

The statement went on to say that ‘it’s clear from the reaction that we rolled a 1…[it’s] no longer possible to fully achieve all three goals while staying true to our principles.’

While the new (new) update has no set release date, WOTC has promised they won’t let its community down, and content such as videos, streams, and podcasts will not be impacted by these changes, with community creations also protected from use, among other changes.

Given the widespread negative reaction to the now-defunct draft, we can expect to see plenty of community input before the next version of the OGL is complete.