Our early hands-on with Bayonetta 3 showed great promise, but we really need to talk about the power of the Nintendo Switch.
Alessandro Fillari 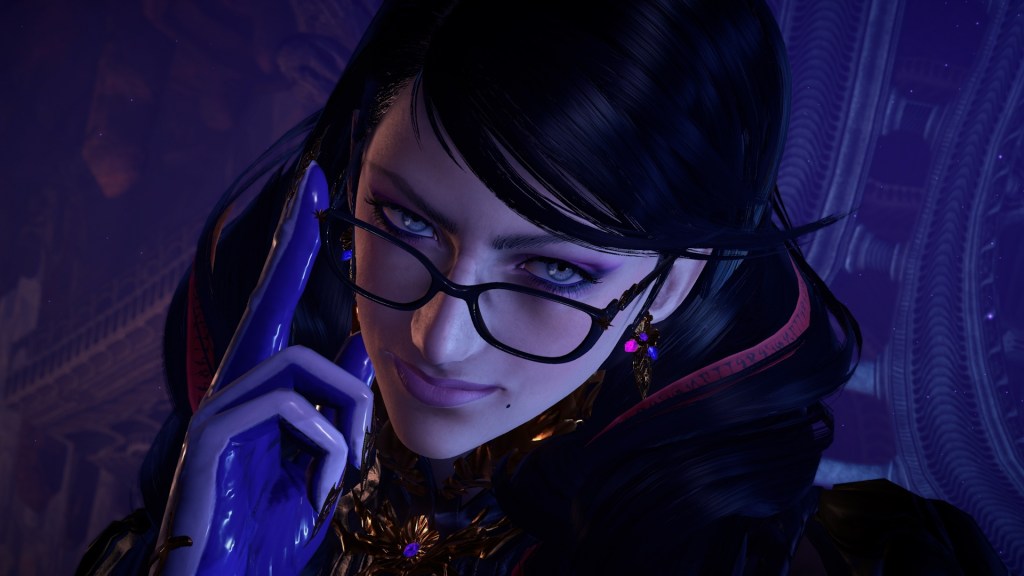 It’s a little hard to comprehend that Bayonetta 3 was first revealed in the months after the Nintendo Switch’s launch in 2017. It was one of the Switch’s most anticipated games for a while, but after its reveal and subsequent period of silence, it quickly slipped into ‘missing in action’ status. Thankfully, Bayonetta 3 is actually real, and it’s out on 28 October 2022.

The recent demo I had the chance to play at PAX West shows that developer PlatinumGames hasn’t lost its touch – the game marries grand, exuberant spectacle with satisfying free-form action gameplay.

The appeal of Bayonetta, and the reason it’s developed such a cult following since its debut in 2009, is that its style and aesthetic are very much a part of the game’s substance. The elaborate and burlesque-inspired flow of combat gives it a unique flavour for an action game. When that’s coupled with over-the-top weapons, magical attacks, and demons to summon, it all makes for thrilling and oddly hilarious moments of action – and Bayonetta 3 keeps up that same energy with some interesting upgrades.

Storywise, Bayonetta 3 picks up right after the events of the second game, which was a very roundabout sequel and loose prequel to the events of the original. In the third game, the titular Witch who conjures up demons with her enchanted hair faces off against forces that come from neither heaven nor hell, but rather from the mortal realm of Earth. With legions of manufactured homunculi invading cities across Earth, Bayonetta and friends come together to face off against the new threat with that familiar Bayonetta style.

For the uninitiated, Bayonetta 3 and its predecessors are a part of a long line of games colloquially referred to as ‘character action,’ much like other titles like God of War, Devil May Cry, and Nier Automata. As you face off against multiple enemies, you’ll be able to use a combination of guns, melee weapons, and magical attacks in a free-form flow to dispatch foes in a satisfying and over-the-top fashion.

PlatinumGames’ Bayonetta 3 maintains the high-spirited flow of action and the resulting splendour of seeing your skills come together in tight form. However, there’s a palpable sense that the developers sought to up the ante for this next game. The mission I got to play was set in a ruined Shibuya, Japan, during a homunculi invasion. The level begins with a traditional fight with Bayonetta using magic pistols and demon attacks against lesser foes, but it quickly jumps into some fantastic set-pieces involving controlling your summoned familiar as you surf on the sides of twisting buildings that feel right out of Marvel’s Doctor Strange.

The big twist in the third game is that there’s emphasis on controlling Bayonetta’s show-stopping demons in battle. In a similar vein to Devil May Cry 5’s playable character V, or the gameplay of PlatinumGames’ Astral Chain, Bayonetta can take direct control of a demon and give them commands, turning certain fights into something of a giant Kaiju battle. In addition to conjuring your familiars to cap off a particular combo in a dramatic fashion – which opens up modified ‘Torture’ Finisher Attacks – Bayonetta can also merge with her familiars to alter her attacks and movement, giving her the ability to fly, and add strength during combat.

It took some time to get used to the new summoning mechanics, which also revise how torture attacks and magic work, but I enjoyed these inclusions. A noticeable downside of controlling summoned demons is that it can create camera tracking and pacing issues – making fights more challenging to follow, and slowing down the tempo of the action. That said, they were still wildly enjoyable. Giving more control to the demonic familiars adds a new layer to combat that ups the scale of the fights and offers more tactical elements to the game.

My brief time playing Bayonetta 3 really highlighted how much the series stands out as a compelling action game – but in an unfortunate way, it also highlighted an issue that’s been front of mind for many Switch owners as of late – the Nintendo Switch is showing its age.

While not totally a fault of the game, my brief time with Bayonetta 3 showed that some concessions had to be made to get it running consistently. While the core combat runs at 60 frames per second (FPS), the cutscenes and cinematics are set at 30FPS. The transitions can often come off as jarring, and what’s worse is how the visuals and textures have a blurriness to them.

During this preview, I was playing exclusively on a monitor with the Nintendo Switch in docked mode. While the gameplay flows incredibly well running at 60FPS, it did look a bit washed in motion. Of course, these issues are increasingly more common with Switch games, which is a bummer to see.

Still, this small taste of PlatinumGames’ latest has excited me about playing the full game.

I’m an enormous admirer of the series, and I’m already itching to get back into the game’s incredibly over-the-top world to slay more foes, in some stupidly over-the-top ways. The Bayonetta series always goes hard with its action and style, and Bayonetta 3 is so far shaping up to offer a stunning capper to the trilogy.

Alessandro Fillari is a writer/editor who has covered the games, tech, and entertainment industries for more than 11 years. Based in the San Francisco Bay Area, he previously worked at GameSpot and CNET as an editor specializing in games coverage. You can find him on Twitter at @afillari