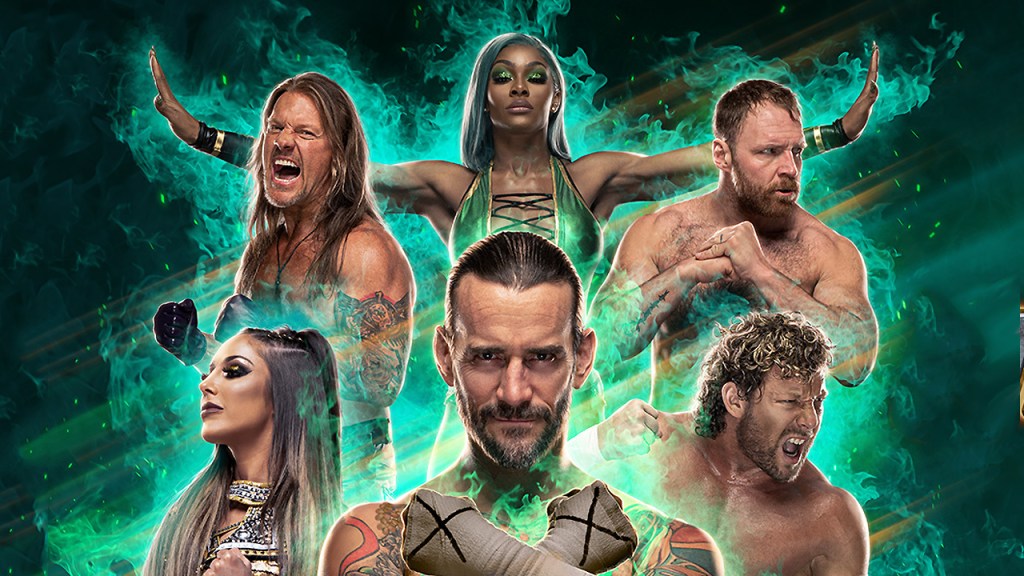 Wrestling games have gotten complicated since the glory days of WWF No Mercy and WWE SmackDown! Here Comes The Pain. It’s no longer enough to kick and bodyslam your way to glory – you need to whittle down your opponent’s health, use strategic planning, and watch for weaknesses. This complexity makes it hard to win matches in games like WWE 2K22, which require some measure of talent and understanding. AEW: Fight Forever is the antithesis of this experience; an upcoming wrestling game determined to bring back the button-mashing experience of old.

AEW: Fight Forever is not necessarily aiming to be a direct competitor to the long-running WWE 2K series, although the pond of wrestling games is so small that comparisons are easy to make. At a recent PLAION games showcase, we were able to get hands-on with the single-player match mode of the game, and found a lot of welcome familiarity in the game’s design – and some major differences, too.

Six wrestlers were present in this build: Shida, Thunder Rosa, Adam Cole, Kenny Omega, Paul Wight, and CM Punk. Each could be played against each other in matches – including, surprisingly, the women against the men. The WWE 2K series is typically gender-locked without the use of modes, so this was one change that felt very welcome. Wrestling is, after all, a fantasy sport – and intergender wrestling can be phenomenal when promotions allow it.

In playing through matches with each of these wrestlers, several other major changes became clear. The most obvious, and satisfying, was in the diversity of player move sets, strengths and weaknesses. Paul Wight, the former Big Show, is a stocky and heavy character. He moves slowly, but his bulkiness means he can absorb more punishment, and doesn’t easily fall to player attacks.

Kenny Omega, meanwhile, is a lither character and can initiate quick kicks for faster damage. Shida is faster still, and can easily apply back-breaking manoeuvres and leap around the ring. Adam Cole is frankly deadly in this arena, and comes packed in with a whopping Panama Sunrise finisher that immediately activates the game’s cinematic, slow-motion cameras.

The diversity of these grappling styles jazzed up gameplay in a major way, and meant matches never became repetitive. That said, it was a few matches in before I really understood what I was doing at all, thanks to a hands-off tutorial.

The demo available during the PLAION showcase kicked off with only brisk instructions, delivered on-screen by manager William Regal. These consisted of simple prompts to kick and hit – and that was it. It’s likely the full release will have more dense instruction.

What I soon discovered was that the game isn’t just hitting and kicking. Like the WWE 2K games, AEW: Fight Forever also features a hearty grappling system that can control the flow of the action, out-of-bounds fights, and plenty of fancy moves to whittle down health, and eventually steal that coveted three-count.

The flow of gameplay is, as mentioned, quite familiar in that regard. Your task, as in most normal wrestling matches, is to chop away at your opponent’s health, and pin them to the mat in a moment of weakness. This is aided by the delivery of a Signature move – the Panama Sunrise, the GTS, the One Winged Angel, the Falcon Arrow – which can temporarily boggle an opponent, and let you steal a win.

The only real difference is in the movement commands – but this makes one heck of a difference. Where the WWE 2K games require a measured finesse, and a real sense of match flow, AEW: Fight Forever prioritises flow by button-mashing and experimenting. You don’t really need to know the moves to pull them off successfully – you can get away with romping forward, grappling with a frantic sense of panic, and mashing away.

Fight Forever won’t do everything for you – you’ll still need to master movement and those basic grappling controls, but match flow feels well-controlled and coherent, and this keeps the action pumping.

Controls feel loose, in that they’re not bound by strict and complicated button sequences, but this allows each match to feel more creative, and higher staked. It certainly encourages muscle burn as you fight for dear life, and attempt to pull off wilder moves with faster mashes and high hopes.

The feeling will be familiar for anyone who’s ever had controller burns on their thumbs from playing classic games too aggressively. In attempting to recapture the glory days of wrestling video games – with their blocky, cartoonish graphics and over-the-top moves – AEW: Fight Forever feels largely successful.

In presentation, aesthetic, and button-mashing commands, it recalls a simpler time in wrestling video games – one where power and might trumped the delicacy of inputting commands to pull off high-flying moves. In adapting a looser move set and control scheme, AEW: Fight Forever gives players new creative options, and helps to create a fun sense of freedom in bite-sized battles for dominance.

While the game’s demo was only brief, it was convincing enough to have us keen to see more from this wrestling alternative in future.