The DioField Chronicle Review – Real-Time in an Unreal World

The DioField Chronicle fails to capitalise on both its unique real-time combat system, and the potential of its narrative genre.
Percy Ranson 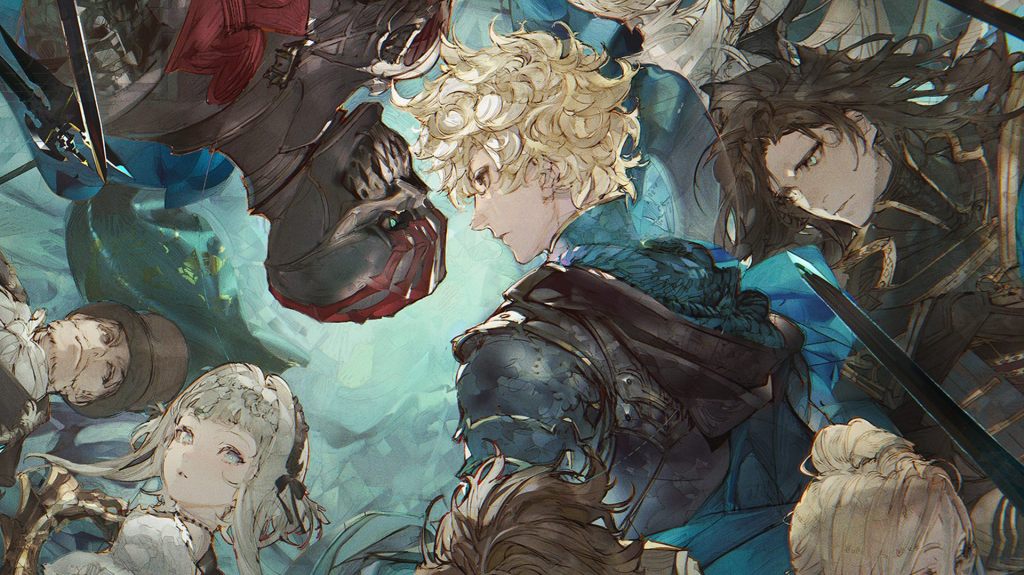 Verisimilitude – ‘the appearance of being true or real’ – is one of the foundations of good storytelling. It isn’t enough to just have interesting ideas, or to know the classic tropes of a political intrigue. For a story to hold more than a passing interest, it needs to be grounded in some kind of logical consistency. It’s like a narrative cause-and-effect – if you present an event to the audience, they should be able to either understand why that event occurred the way it did, or trust you’ll provide information at a later date to contextualise it. Without verisimilitude, your story is just a series of things happening because you say they do, not because they make sense.

The DioField Chronicle is a tale of warfare and political intrigue where things happen because they sounded interesting at the time. Armies invade through impenetrable mountains because they ‘somehow found a way.’ Insurmountable odds are overcome by outnumbered forces because why not, isn’t it exciting that way? Organisations have their reputation and funding ravaged by scandal, and experience zero repercussions for it. One of the major factions is publicly revealed to be trafficking children for dark magic experimentation, and nobody bats an eye! In a story of political intrigue!

The DioField Chronicle knows the classic ‘tropes’ of the story it’s trying to tell, but has no understanding of how to put them together believably. Its world is a series of events that stand up to only the barest scrutiny, and its characters are no better.

The protagonists of this story are a brooding spymaster with a penchant for learning vital information off-screen, a brooding monarchist who definitely has no personal investment in the divine right to rule, a brooding knight-errant who serves the common folk – except when he’s actively slaughtering them at the behest of nobles – and a sarcastic necromancer girl who loves murder (she sulks, rather than broods). These four characters join, and then almost immediately take over leadership of a mercenary organisation that seems to be the only competent military force on the island of DioField.

Over the course of the game, you’ll run various errands for the government that range from gathering wolf meat for dinner, murdering peasants who oppose the oppressive monarchist regime, or retaking military outposts that successfully repelled armies of 11,000 soldiers. But no matter the victories you achieve or the story revelations that occur, you can rest assured that none of it will meaningfully affect the actual gameplay.

As a tactical RPG, The DioField Chronicle is competent. Its real-time combat system is an interesting twist that is fairly well-executed, despite its controls being a little clunky at times. Characters have a wide variety of abilities that impact the moment-to-moment of combat, and you must employ basic strategy in order to succeed.

The areas it fails, however, are in difficulty and iteration. As soon as you acquire a few area-of-effect abilities, even the highest difficulty setting is a cakewalk, and the challenges you face never progress in complexity beyond adding a few more enemies, or occasionally including some stationary turrets. And while you might employ strategy to win, your enemies certainly don’t. They exist in two states – idle patrol patterns, or charging blindly into the meat grinder. Combat in The DioField Chronicle isn’t bad, but it also isn’t compelling enough to carry the experience on its own. It doesn’t help that there’s a complete disconnect between the story you’re presented with, and the gameplay you experience.

One of the easiest ways to invest an audience in the narrative is to have it provide consequences they directly experience. When the story impacts gameplay, the player will feel something about the story. One example of this story-to-gameplay disconnect is the aforementioned necromancer girl who serves as one of the four primary protagonists. She has the ability to raise armies of the undead, which she uses at numerous times in the story (mostly to slaughter peasants for her amusement).

In gameplay, however, she has no such abilities and instead is functionally identical to the other mages at your disposal. You’ll gain or lose the financial support of your noble patrons at times, which has no effect on the resources at your disposal for equipment or facilities. Only once did I experience a story beat that led to me losing access to a character, but I could instantly replace her with an effectively identical one.

The DioField Chronicle is a competent tactical RPG that will keep you amused until the repetition sets in. The progression systems are solid, the moment-to-moment gameplay is engaging, and you may even find moments where some of the characters grow on you. But its world does not feel grounded or real, and the only consistency I felt in its story was in predicting which overused political intrigue trope it would employ next.

Things just happen because they do, and that does not make for good storytelling. The DioField Chronicle is almost good in a lot of ways, but it never capitalises on its unique real-time combat system, or the potential of its narrative genre.

The PC version of The DioField Chronicle was provided and played for the purposes of this review.