The Dark Pictures: The Devil in Me review – Drag me to hell

An underwhelming plot and a lack of ideas has The Devil in Me feeling like a mild, self-sabotaging entry in The Dark Pictures series.
Nicholas Kennedy 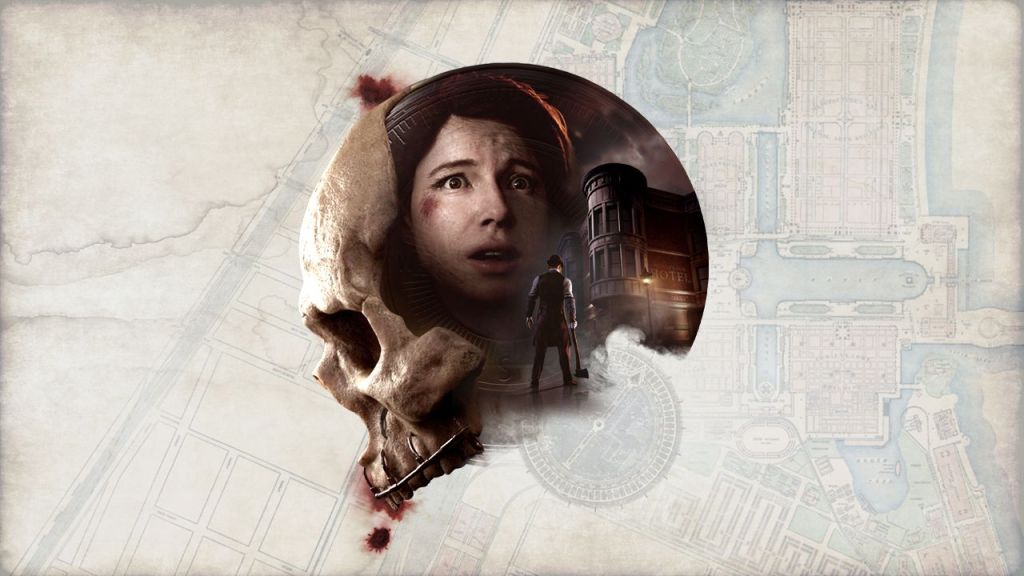 A loving couple checks into a foreboding, murderous hotel. A true crime documentary film crew get closer to their subject matter than they’d like. An FBI special agent takes all the wrong lessons from the killers he catches. The Dark Pictures Anthology: The Devil in Me continues Supermassive Games’ fraught balancing act of compelling initial concepts and wonky execution, and turns some of the most fundamentally crowd-pleasing horror tropes into one of the most mild-mannered, self-sabotaging entries in the Dark Pictures series so far.

Taking inspiration from the murderous exploits of the so-called ‘first American serial killer’ H. H. Holmes, The Devil in Me casts players in the shoes of a documentary crew basing their latest film on the maniac Holmes himself, an endeavour which seems to strike location gold when they are invited to an incredible recreation of Holmes’ famous World’s Fair Hotel; the death-trap rigged hotel of horrors which Holmes fitted out with all manner of moving walls, trap doors, suffocation rooms and other architectural nasties.

The historically dubious record of Holmes’ actual crimes isn’t much of a concern for The Devil in Me though. The game is far more concerned with a kind of gimmicky mode of storytelling that fails to really develop or subvert the few interesting narrative threads it sets out from the start; its reveals are easy to predict, and its borrowed tropes are imported wholecloth from franchises like Saw, and uncritically defer to the journalistic exaggerations made about H. H. Holmes himself.

For a game filled with dummy rooms and repeating hallways, it’s surprising how unself-aware The Devil in Me is about its own repetitious, unambitious nature considering Supermassive’s previously demonstrated ability to go truly buck-wild places with an initially basic concept, as seen in House of Ashes.

Read: The Quarry Review – A supermassive achievement in horror

Nowhere better represented is this failure than in the game’s sole antagonist – a mute, Holmes-obsessed stalker figure whose implied psycho-sexual violent insanity is never given a single moment of true personality or horrific revelry. There’s an attempt here to give the killer an unstoppable Michael Myers-esque quality; the way he shifts and teleports about his hotel like some kind of unbound shape of death, silently walking (always walking) toward his prey.

The killer’s compulsive bloodlust, represented in the game’s few moments of true human-come-mannequin body horror, is missing a true sense of shock and awe that the concept of a human taxidermy enthusiast honestly deserves. Compared to a brief cameo of the real H. H. Holmes in the game’s prologue, who coos sinisterly like a vampire asking to ‘have you for dinner’, the villain we’re shacked up with for the majority of the game is a charisma vacuum.

The person portrayed in the myriad documents littered about the hotel, the backstory they build, and the person quietly trudging up and down the hallways of this recreated murder hotel sound like two completely different people. One reads as deceptive, intelligent, twisted and manic; the other is static, silent, and dull.

It begs the question of why Supermassive decided to spring for the likeness and voice performance from an actor of the calibre of Jessie Buckley, one of the finest actors of her generation. Buckley, along with the rest of her ill-fated crew, aren’t given much to work with as they saunter haphazardly about the constantly shifting corridors of the hotel, reacting bewilderingly to the horrors within but never really deciding to do or learn much about the man that has trapped them there, other than concluding that he probably isn’t all there.

Beyond the risks posed by a big dude with an axe, The Devil in Me is otherwise preoccupied with trapping its protagonists in pretty dull deathtraps of one description or another, wheeling players through its haunted house pastiche with all the horrific gravity of a Disneyland ride. The traps of our Holmes fanatic – perhaps through some kind of misguided faithfulness to historical accuracy – seem dutifully stuck in the imagination of the 1800s.

Maybe you will get set on fire, perhaps you will be crushed by a wall; sure, dying in a stinky old hotel sucks, but these fates are exceedingly mild for the genre. The worst possible death for a character isn’t even one that is originally part of the killer’s designs, instead more of a happy accident involving a commercial-grade mincer and a botched escape attempt.

Previous outings of The Dark Pictures – regardless of their myriad other successes and failures – have always had at least some degree of subversiveness or unpredictability to the initial pitch of the story. The intergalactic parasite which presents as vampirism, for example, or the tortured inner psyche portrayed as a fight for survival against witchcraft. The Devil In Me really has nothing like this, and whatever twists or turns the story takes are mishandled in a way that completely takes the wind out of its sails. It’s this weird obsession with grounding the game in abject reality or the (largely rumour-based) historical figure of H.H. Holmes that leaves The Devil In Me with little else to do once the traps are revealed and the killer is on the loose.

There is still a fundamental enjoyment to be had here; Supermassive still has the formula down pat, but an underwhelming story and a lack of ideas closes ‘season one’ of The Dark Pictures on a decidedly downbeat note.

The PS4 version of The Dark Pictures: The Devil in Me was provided and played for the purposes of this review. GamesHub has affiliate partnerships. These do not influence editorial content. GamesHub may earn a small percentage of commission for products purchased via affiliate links.