Road 96 is a thoughtful, procedurally generated game that offers a variety of interesting perspectives, but you'll only want to play it once.
Pedro Cooray 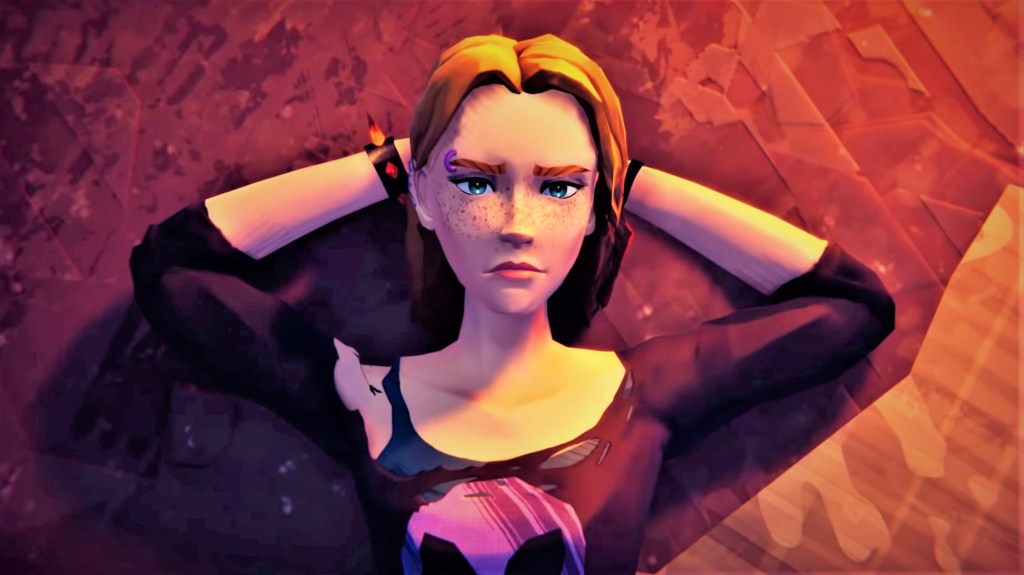 Road 96 always tells the same story, but never the same way twice. It uses procedural elements to heighten the tension and uncertainty of being a frightened teenager trying to flee a country that hates them.

In fact, in Road 96 you play as multiple teenagers, all randomly generated, faceless, voiceless, distinguished only by the choices they make. Through procedural mechanics and the many branching choices made available to the player, Road 96 has the capacity to craft a completely unique experience each time you play. But seeing that potential depends on whether you actually want to play it a second time.

This first-person narrative adventure is set in Petria, a fictional Europeanish nation in deep political turmoil. The year is 1996, and the upcoming presidential elections have the land divided. During the game’s episodes, you play a series of different teenagers leaving home to try and reach the titular Road 96 and cross their country’s border however they can. A single episode is divided into multiple scenes, during which you will encounter any number of the game’s eight primary characters.

These eight characters are the driving agents of the story, each giving a different perspective on living in a fascist regime. One character doesn’t trust the police but still believes they can do good. Another actively benefits from the tyrannical president and wants nothing to change. Road 96 clearly defines each character’s attitudes and desires and leaves it up to you to choose how to respond to them. These scripted scenes highlight different facets of the overarching narrative, but are delivered in random order – it’s impossible to see all of a single character’s scenes in one playthrough.

The teen protagonists you control, by contrast, are blank slates. They are functionally identical, apart from how much randomly generated money and health they begin an episode with. Of the teens I played, most of them managed to cross the border. One died of starvation. One got sent to an internment camp. One sacrificed himself to save another teen. One sacrificed a friend to save himself. No matter what happens to one, a new episode begins, and another mute teen takes their place. Whereas the speaking characters are defined by their pasts, the protagonists are defined entirely by you and the choices you make in the scenarios given to you.

Road 96 extends its randomness to messing with the kind of game you’re playing. In one scene, I was tasked with manning the camera on a live news broadcast. In another, I was playing Connect Four with a friend. Then, I was shooting staples out the back of a truck. One character’s presence is made known by constant jumpscares, complete with a non-diegetic noise cue.

This procedural and scattered approach to storytelling has a benefit in allowing you to make up your own mind about the characters and what’s going on in Petria in a way that feels organic. Road 96 could’ve easily taken the path of a more traditional, linear narrative game in the vein of a ‘walking simulator’, but something would have been lost. Though the story of each playthrough is incomplete from an overarching narrative perspective, the structure of each run always feels like a complete version of events, impacted by your choices.

In terms of its themes, Road 96 is careful not to make too fine a point about how teenagers – or any marginalised person – should respond to oppression. Options presented to you align with one of three distinct perspectives: fight back against the president, trust the democratic process, or simply walk away. Individual characters may judge you for choosing one over the other, but Road 96 presents them all as perfectly justifiable responses to fascism.

Since every protagonist has an equally empty past, it falls upon you to choose which of these paths you want for them based on your own personal preferences. But part of me wishes there was more context for their circumstances – it would have made for more impactful choices and a stronger message overall.

Where Road 96 stumbles is in the noticeable inconsistencies in its mechanical logic and execution. One standout example I encountered was starting an episode with two health, and choosing to save a police offer’s life in the first scene. Doing this automatically moved onto the next scene, which cost me two health.

My character immediately fainted and was arrested by the cop she just saved, who talked to her as if they had never met. An episode might randomly assign a single protagonist to meet the same character a second time, and they will speak to you as if you were a stranger. This dissonance is an unfortunate side effect of Road 96’s ambitious concept, and highlights how the game doesn’t completely work without a cohesive and consistent sense of story and character.

Upon finishing Road 96 once, you are encouraged to play again to see character scenes you didn’t get the first time, and to try at a different ending. However, it’s here that Road 96’s identity as a video game overtakes its identity as a narrative experience by a tedious margin.

Not only will you largely see familiar scenes, but now character motivations are much harder to parse because you know more than they do. Everything that was tense before becomes monotonous the second time around.

Even new scenes I encountered, despite featuring new minigame experiences I didn’t see in my first run, consisted of the characters involved explaining things I already knew. My second playthrough of Road 96 was a woefully derivative version of my first, much better playthrough.

Much like how reaching the fictional Road 96 is easier with some help from friends, Road 96 the game is best experienced as part of a conversation with other players. I am more interested in hearing what other people saw and what choices they’d made during their playthroughs, rather than sifting through the game to see everything for myself.

Nevertheless, Developer Digixart has crafted a thoughtful look at what it’s like to live in tumultuous circumstances, and how it can affect people emotionally. It’s sadly prescient of the world we actually live in, and maybe that’s why Road 96’s message of survival and perseverance make the impact it does, at least the first time around.

The PC version of Road 96 was provided and played for the purposes of this review.