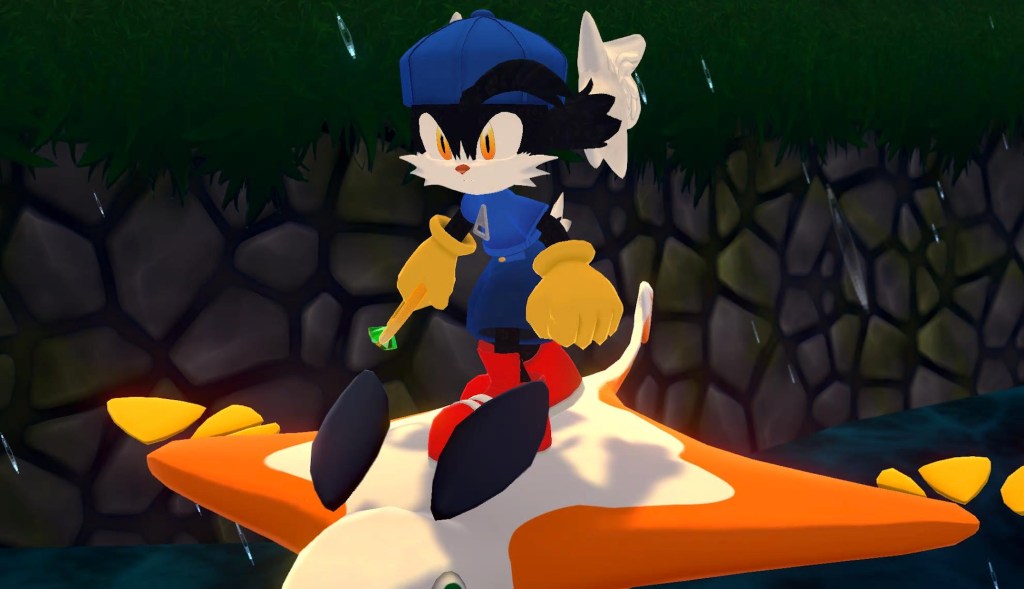 Can you be nostalgic for a game you’ve never played before? Prior to playing Klonoa Phantasy Reverie Series, I’d disagree – but hours into this charming remaster, which packages Klonoa: Door to Phantomile and Klonoa 2: Lunatea’s Veil into one delightful game, I’ve become entranced by the Klonoa franchise, and how it brims with early 2000s nostalgia.

Platforming games dominated the era of Klonoa‘s birth, with Crash Bandicoot and Spyro the Dragon being major successes that went on to spawn long-running franchises. Unfortunately, Klonoa didn’t get the same treatment, for reasons that remain unclear. While fondly remembered, it was a niche series with only scattered entries across various consoles.

Playing the game in remastered form, it’s even more of a mystery why Klonoa never broke into the mainstream. Door to Phantomile, the first game in the franchise, is a dazzling and mechanically-tight adventure filled with gorgeous landscapes and a neat layer of puzzling. While the polish and beauty of the game is to do with its excellent remastering, you can see the bones of the original platformer in every jump and move.

Early 2000s platforming games all share similar features beyond their multi-coloured mascots. They all stick to similar, simplistic control schemes – jumping, running, throwing and/or hitting. They all feature wandering enemies of some kind, usually roaming in a back and forth pattern. They feature unique biomes based on differing terrains: jungles, lakes, or the deep sea. Your protagonist is usually cute, and based on some form of animal. In your journey, you’ll work towards rescuing a creature or other item, while collecting gems, boxes, or coins.

Klonia: Door to Phantomile and Lunatea’s Veil contain all these common tropes – and as a result, they have an immense sense of nostalgia behind them. While I never played the games growing up, they felt familiar in a rose-coloured way. As products of their era, the adventures are limited by their linearity and lack of challenge, but they maintain a sparkling sense of heart and nostalgia, alongside classic platforming gameplay.

In Door to Phantomile, Klonoa is sent on a wild adventure to investigate why dreams are becoming real, with a whimsical narrative pulling you along through worlds where cutesy characters require rescue. Klonoa can jump, or use a magic ring to turn enemies into balloons. Once they’re in balloon form, they can be thrown to destroy obstacles, and used as a platform for double jumping.

While these mechanics are extremely simple, each world is littered with environment puzzles that require thinking to solve. To get up a tall ledge, you need to grab a creature to double jump. Once you’re up there, you may have an egg or other obstacle to break open, which requires you to look around and see what other creatures you can manipulate into aiding your quest.

If you make a mistake, a new creature will simply jump onto the screen, but making these choices can be tough – and in some segments of the game, poor planning is met with no new creatures, meaning you’ll have to restart from your nearest checkpoint. This encourages exploration and experimentation, but can also be frustrating when the cutesy, adorable graphics of Klonoa Phantasy Reverie Series remind you that you’re struggling with a game designed for children.

Luckily, the layer of challenge is never too great, thanks to relatively linear level design. Some worlds do have secrets you’ll need to find by extending your wits and backtracking where possible but for the most part, Door to Phantomile is a blissful and carefree adventure that lets you sit back and absorb the joy of classic platforming in fresh splashes of colour and whimsy.

Lunatea’s Veil continues this theme in a similar way, with the remaster aligning both games in graphics and controls. Klonoa feels a bit heavier in the sequel, which lends more weight to jumps and movement, but beyond this tweak, gameplay is largely shared, with Lunatea’s Veil operating as the meatier and more mature game of the two.

The sequel also features a wider variety of creative stages, with the carnival-themed world being an early standout. In this frantic world, Klonoa must race quirky enemies through a dangerous theme park that includes a haunted house, alongside a Ferris Wheel and deadly rollercoaster. With multiple pathways and hidden items in every corner of the park, it’s an excellent, multi-layered level – and one that displays just how adventurous the Klonoa franchise can be.

It also deepens the mystery of Klonoa‘s niche status. Both games in this upgraded collection are brilliant, and deserve more time in the sun.

Taken as a whole, Klonoa Phantasy Reverie Series is a great representation of the cult classic games. While they don’t quite defy platformer expectations, each game has a simple and methodical gameplay style that’s easy on the eyes and the brain. Challenge and exploration are well-balanced here, and help keep every world fresh and exciting, despite the age of both games. The mechanics also feel timeless, and should bring a nostalgic tear to anyone who grew up gaming in the early 2000s.

Between wonder-filled stages and mini segments of mine cart riding and flying, there’s plenty in Klonoa Phantasy Reverie that feels familiar, but fresh. The collection naturally evokes a purer time in gaming where simplicity was key, and loveable mascots were trendy. While Klonoa was never the mainstream success it aimed to be, this remaster is the perfect opportunity for the franchise to dazzle a whole new audience.

Look into Klonoa’s tiny, rabbit-like eyes and tell him he doesn’t deserve another shot, I dare you.

The PlayStation 5 version of Klonoa Phantasy Reverie Series was provided and played for the purposes of this review.