Dread Delusion is a fascinating open-world RPG, with countless mysteries that feel tantalisingly out of reach.
David Wildgoose 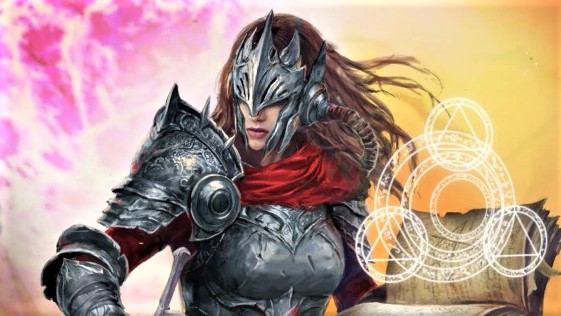 Occasionally I think of games as bodies of water. Some are vast oceans, deep and wide and designed to overwhelm your senses. Others are mere puddles, shallow but still capable of a thrilling splash. Most, though, are clearly defined pools where you can see the limits before you enter. What frequently excites me most about a new game is when I can’t see those boundaries, where I’m diving blind without any idea how deep it is or even where the sides of the pool are.

Games can be seen as a possibility space and much of our enjoyment of them is derived from exploring that space, testing what’s possible and understanding the limits. Dread Delusion is one of those games where I came to it without much sense of what it would be. It’s an open world RPG, according to its Steam Store page description, with a startlingly lurid mid ’90s visual aesthetic, but that doesn’t mean a great deal in isolation.

After a dozen or so hours I have charted some of that space, and I think I have some inkling of the tidal currents, the odd glimpse of what resembles a shoreline. But there still remain countless mysteries, unplumbed depths, and a sense that so much more drifts tantalisingly out of reach for now.

Partly this is because Dread Delusion has just launched in Steam Early Access and sits, as I write, at Version 0.5.022. If a game can ever claim to be finished, Dread Delusion certainly cannot. Some of this unfinishedness is obvious: I’ve encountered conversations with NPCs where my dialogue choices are nothing more than placeholder text. Other aspects remain in flux: the fatigue system, for example, which broadly governs how well you perform most actions, from swinging a sword to picking a lock to persuading someone to see things your way, was overhauled in the most recent update.

Yet what I love most about Dread Delusion so far is how I’m rarely sure whether its mysteriousness is the result of deliberate design or that some bits just aren’t done yet.

It borrows most from the Elder Scrolls. You even begin your adventure as a prisoner, serving a sentence for whatever crime you chose during character creation, then freed and immediately put to work by the Inquisition. Worship of the gods has been outlawed, you see, and the Inquisition could use someone with your… talents. I’d rolled myself a character who was smooth-tongued and nimble-fingered but clumsy with a sword and ignorant of much magic. Perhaps that’s why they chose me to track down a certain rogue mercenary.

Structurally, it even feels like an Elder Scrolls game. I quickly fell in with a group of ne’er-do-wells – some sort of guild of thieves, you might say – who met in the secret tavern beneath the city and urged me to rob a wealthy merchant to prove my worth. Chatting to the merchant instigated a quest to journey to the very northern edge of the world to recover a valuable artifact for him. By the quest’s end, I’d scaled a spiralling mountain and boarded a flying pirate ship and failed to stop a demonic curse from leaving the crew and the merchant himself dead.

I don’t know if I could’ve saved the merchant or stopped the curse, or if there’s more to come concerning the origin of the curse. Did the quest end? Or did I merely reach the end of it in this build? Will it continue in a future update? In a way the doubt sown by the Early Access nature of the game only enhances the sense of mystery.

In my travels I also encountered various factions with whom my reputation could change depending on whether I helped them out; the Inquisition ended up loving me for the sheer number of outlaws I ended up murdering. (Hey, they attacked me first, I only wanted to loot their hideouts.) But I’m still not sure what this reputation actually does. What does it mean to be loved by the Inquisition? Probably nothing good, considering what an Inquisition does, but the consequences of this alignment eluded me. Will a future update reveal more? I can’t wait to find out.

Dotted throughout the surreal landscape were many such locations and incidents that left me puzzled, but intrigued and keen to discover more. What is the purpose of these strange machines that look like some abandoned mining equipment? Why do all the perfectly ’90s low-resolution textures pulse as if they’re breathing? How do I reach those islands floating hundreds of metres in the air? What’s beyond this raised bridge with apparently no mechanism to lower it? What’s with these pillars of levitating rocks circled by magic rings? Or those weirdly occult-looking altars found in several out of the way caves? Most of all, should I really have summoned an ancient god that is now hovering over the town square, its tentacles trailed around the clocktower’s spire, visible only to those of sufficient faith?

My time with Dread Delusion left me with so many questions… I’ve just thought of another one: The experience points you earn for completing quests, then use to level up your skills, why are they called delusions? Like, what does THAT say about where all this is really headed? So, so many questions. Following its progress through Early Access should be fascinating. You should dive in and see if you can touch the bottom.

The PC Early Access version of Dread Delusion was provided and played for the purposes of this review.