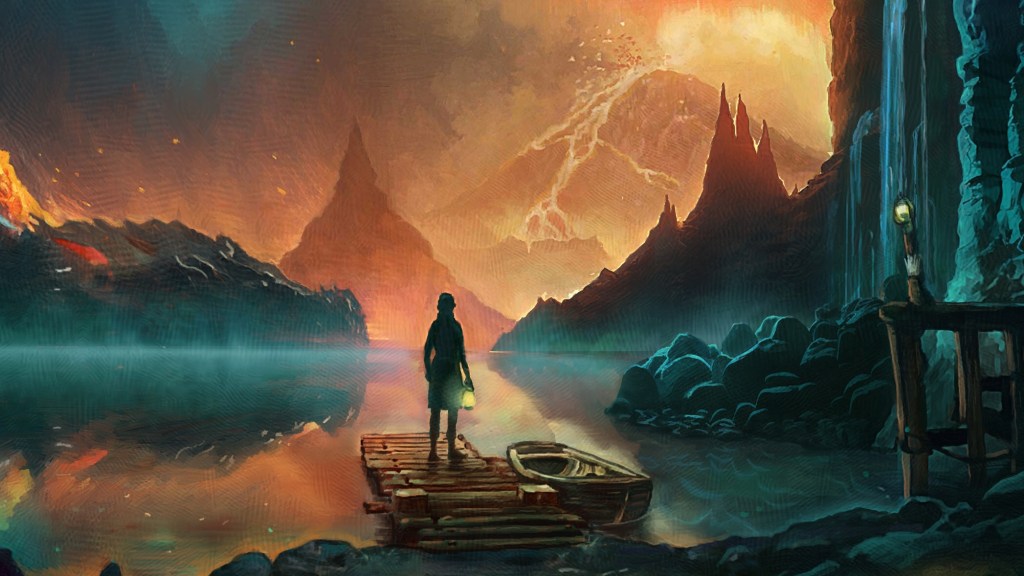 Roberta Williams and I have one thing in common: the game that started it all.

For much of the last two decades of the 20th century, Roberta Williams was one of the biggest names in computer games. From 1980 onwards she wrote and designed dozens of formative and acclaimed adventure games, including Laura Bow, Phantasmagoria, Mixed Up Mother Goose, The Black Cauldron, and of course, the King’s Quest series.

In 1998, following the troubled release of King’s Quest: Mask of Eternity and the fallout from the sale of the studio she had founded, Sierra On-Line, to a mail-order shopping company (whose president and CEO were both later convicted of fraud and sentenced to ten years in prison), she walked away from the industry.

25 years later, after dabbling in consultancy, writing a novel, taking up sailing, and establishing a scholarship for women in game design, Williams has returned to game development. Her first game since 1998 is, in some ways, a deliberate effort to return to where it all began. In fact, Williams is looking back beyond her own career, to the 1970s, to remake the game that inspired her to make her own games all those years ago.

Colossal Cave Adventure (also known variously as Colossal Cave, or just Cave, or sometimes even Adventure) was a text adventure written by Will Crowther in 1976 and embellished by Don Woods a year later. Lurid green text on a black screen transported players to a mysterious underground world inhabited by pirates and dwarves, where mazelike passages confounded geography, and untold riches awaited the intrepid adventurer.

It was Williams’ husband Ken, with whom she’d later found Sierra On-Line, who first introduced her to Cave. They played it at home via a monitor-less terminal networked to Ken’s work computer; they’d type commands and wait for the attached printer to spit out a response. She became obsessed, taking copious notes of each situation the game described, and drew maps as she tried to figure out how the intricate cave network actually fit together. As she tells it, when she eventually finished the game and wanted more, she decided to write her own.

Cave was the first computer game I remember playing. In the very early 1980s, my sister and I would tag along with Dad to his office on the occasions when he’d work on weekends. While he sat at his desk typing important Dad things into his computer, we’d be sat in the next room, logged into spare workstations running Colossal Cave.

As we typed ‘go north’ or ‘get bird’ into the primitive yet seemingly magical text parser, my sister and I would read aloud the descriptions of each new chamber of the cave, updating each other on our progress and brainstorming solutions to whatever shared obstacle had us stymied. To this day, I have a deep nostalgic attachment to the instant hot chocolate drink Dad would fetch for us from the office vending machine.

Despite this formative connection through Cave, in the years that followed, Roberta Williams and I would go our separate ways.

She would make millions as a renowned game designer. I would eventually graduate from primary school. Yet we’re reunited in a way as her new game, her first in 25 years, is released. It’s a reimagining of Colossal Cave, with first-person real-time 3D graphics and VR support. For me, playing it is a deeply weird experience.

It’s weird because it’s both incredibly different, thanks to the overhauled visual presentation, and yet it is also faithful to the source material, to an almost alarming degree. Locations that previously existed only in snatches of text, amplified in my imagination and embellished by decades of unreliable memory, are now rendered in 3D. Those previously malleable details that lived only in my mind are now given certainty, tethered to reality in inevitably underwhelming ways. My memory being fixed to these specific textures and polygons leaves everything feeling diminished, somehow.

And yet much also remains eerily familiar. Clicking anywhere in a scene will prompt the narrator to read a description straight out of the original text. ‘You’re on the west side of the fissure in the Hall of Mists,’ he’ll say. ‘Sparkling diamonds festoon this hollow recess,’ he’ll add when you click on a bit of the wall that looks interesting. I would find myself surveying each scene, accompanied by narration and thinking to myself, yeah, I can kinda see how the artists built this area in this way, based on that tiny little bit of text.

That said, much of the wonder of the original is absent. Not merely because the limitless variations of how the cave might look conjured in the minds of each player have been narrowed down to this one particular take. But because it’s just plain ugly. This is graphics technology that would not have been cutting-edge two decades ago. More than that, though, the art itself is devoid of wit or charm. The characters you meet are unappealing, and there’s nothing about the primarily grey and brown scenery that incentivises exploration.

There is, at least, a degree of wit in the way you interact with the world. As with the original, much of Cave is about picking up objects and using them in the right locations. And there’s a playfulness here – a sense of humour derived from two items combining or interacting in unexpected but amusing ways – that remains intact, despite the rudimentary animations often failing to depict them as you might hope.

The weirdest aspect for me, as far as I could tell through the haze of half-forgotten hot chocolate-fuelled memories, is how the puzzles are exactly the same as they were 40-odd years ago. They were obscure and strange and often counter-intuitive back then, and they remain so today, even with the benefit of sorta-kinda-vaguely remembering how some of them went.

I understand Roberta Williams’ desire to bring it back to life, even if I’m not convinced the format she’s chosen to present it in does justice to the original’s pioneering spirit or the grip it managed to hold on the imaginations of those who played it. But perhaps that was always an impossible task.

Perhaps Colossal Cave is best left buried, remembered only by those for whom it opened eyes to a new medium. And another thing: instant vending machine hot chocolate really is quite disgusting.

The PC version of Colossal Cave was provided and played for the purposes of this review.